A desperate mum who used fake ID to get a minimum-wage job so she could feed her children is now facing eviction after she was caught.

Nigerian national Adeyinka Gbemisola, 45, was on a visitor visa which allowed her to stay in the UK until 2023 but prevented her from obtaining employment.

A court heard how she obtained a fake UK resident’s card to get herself on the books of a recruitment agency specialising in the care industry after fleeing her home country to escape her violent husband.

A judge said her two young children would ‘suffer’ if she went to prison and handed her a six month suspended sentence.

But after losing her job she now faces eviction as she has not managed to pay her rent.

In mitigation her lawyer Joshua Bowker said she committed the crime so she could ‘put food on the table’ for her children and not to ‘fund a lavish lifestyle’.

He said she did not move to the UK with the intention of working illegally but became ‘desperate’ after her savings ran out.

He said: ‘She was working for three or four days per week and earning around £9 per hour. This was not to fund a lavish lifestyle but to put food on the table for her children.

‘She is doing a very good job with her children and the council say they are thriving at school.

‘They have an excellent relationship with their mother and are doing better than they would have done in Nigeria.

Mr Bowker added that the family has been assigned a social worker and is supported by a company Women Matters as well as a local church.

But he said Gbemisola has had a ‘torrid time’ since losing her job and that her landlord has started eviction proceedings as she has not paid rent in four months. 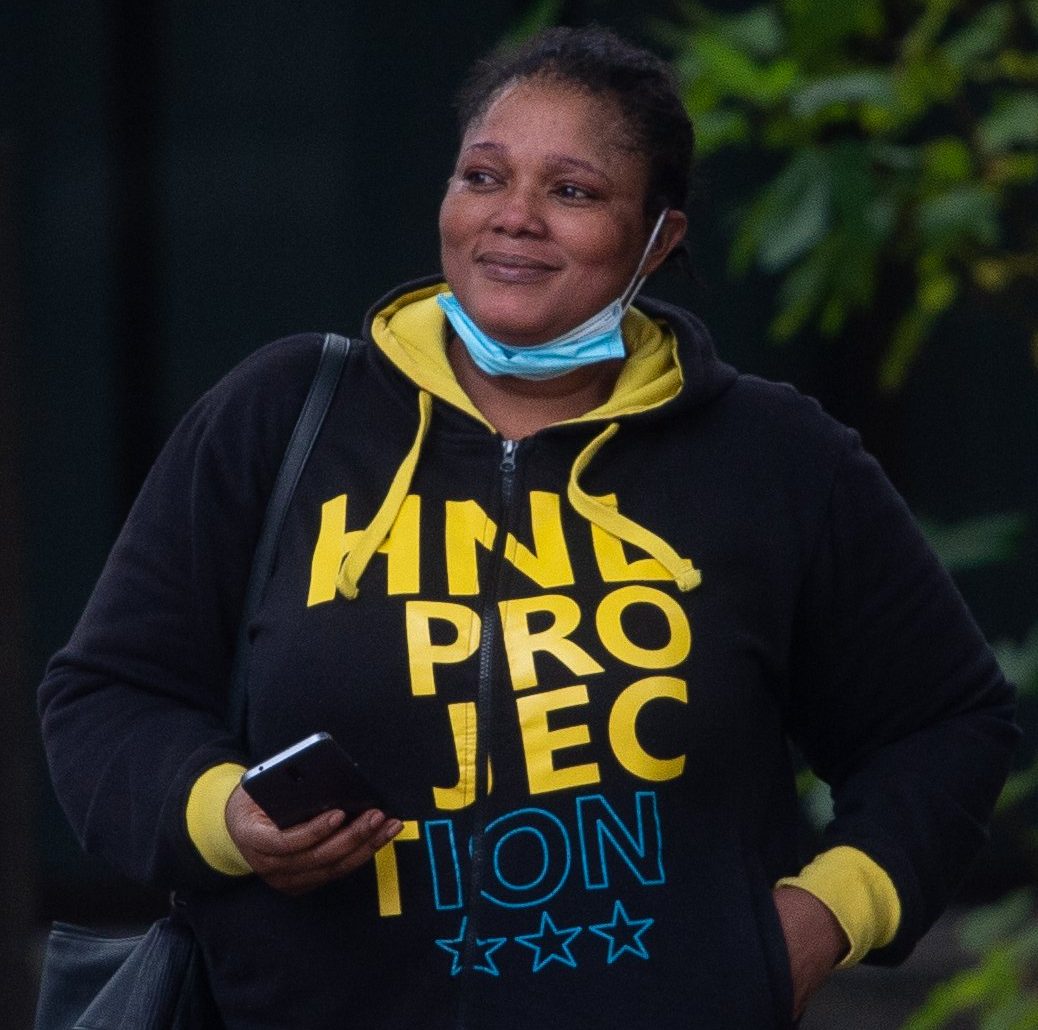 He said sending her to jail would ‘ruin three lives’, adding: ‘She has a realistic prospect of rehabilitation, no previous convictions, exceptional personal mitigation and immediate custody would result in a significant harmful impact upon others.’

Police detained Gbemisola after Manchester-based agency Local Care Force checked her CV, were unable to make contact with her referees and became suspicious about the work documents she provided.

Inquiries revealed she had previously worked illegally in the UK via another recruitment agency on £9 per hour and earned around £1,800.

Sentencing Judge Hilary Manley told Gbemisola: ‘The courts must take the use of false identity documents seriously because people that use them maliciously strike at the heart of our society.

‘I accept you did this in order to earn money for your children but this must be taken seriously because those documents could have been used by someone with more sinister intentions to obtain work with vulnerable people and put them at risk.’

However she said Gbemisola was a ‘devoted mother’ who has done everything she can to provide a stable home for her children.

She added: ‘It is clear you are remorseful. You committed these offences not to gain a lavish lifestyle for yourself – but to feed your children. I take the view that you are clearly remorseful, have a realistic prospect of rehabilitation, are a full-time carer for your children and they would suffer greatly if you were to go to prison today.’