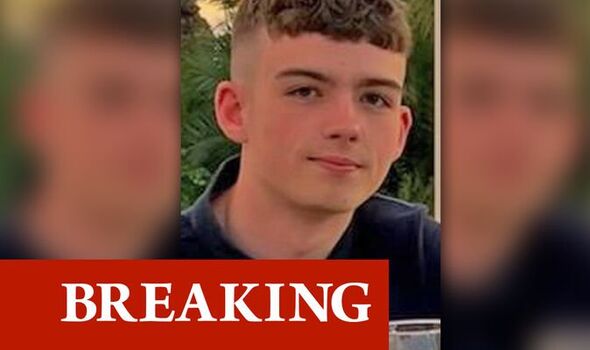 Oscar Johnson had been for a meal with his dad Paul Johnson on Saturday (June 4) lunchtime before heading out to see his mates in Offerton. Paul says his 16-year-old son told him he wasn’t ready to come back home at 10pm on Saturday night, and Oscar has not been in touch with him since. The worried dad, from Romiley, is now urging anyone who knows where his son is to come forward.

“It’s totally out of character,” Paul told the Manchester Evening News . “I spoke to him on Saturday evening and he wasn’t ready to come home, that was about 10pm. I said that was fine, I’d speak to him at about 11pm and pick him up then. That is the last I heard off him. It’s an absolute mystery to us. Right now we’re absolutely worried sick. His phone is off, there are no social media messages that have been read. We’ve been ringing him constantly every few minutes, right through the day and into the night.”

Paul says his son Oscar, who took on an apprenticeship after leaving school, had been in good spirits earlier on the day he disappeared. He says Oscar might think he is in trouble for not coming home on Saturday evening – but Paul is eager to hear from his son as soon as possible.

Oscar is 6ft 2ins tall, of slim build and was believed to have been wearing grey tracksuit pants and a black jacket before his disappearance. He usually lives in Offerton with his mum but had been staying with his dad in Romiley at the time.

Paul added: “He can be a bit of a grumpy teenager but he’s content, he’s happy with his job, he really likes the lads he works with. We had been for a bit of lunch on Saturday and he was having a laugh and looking forward to his birthday next month, he was just happy.

“On Saturday night his mum was beside herself, I was just calming her down. I said maybe he has just fallen asleep and we’ll pick him up in the morning, he wouldn’t do this.

“I kept going back to her house through the night to see if he had gone back there, but there were no signs of him. I went back the following morning and as the hours and days have gone on, that’s when I rang the police.”

Greater Manchester Police confirmed it received a report on Oscar’s disappearance on Sunday.

Any information about his whereabouts can be passed onto GMP online or by phoning 101, using incident number 1723 of June 5, 2022.