Detectives have solved part of the puzzle after identifying up to 17 suspects in the shooting. Now, on the first anniversary of the award-winning reporter’s murder, they have renewed appeals for information to bring all of culprits to justice. Lyra’s sister Mary Crossan and other family members also campaigned for people to “speak out” about the killing. Detective Superintendent Jason Murphy said: “Talk to us. Ease your conscience and help us resolve a small part of the nightmare that the McKee family live through every single day.”

Lyra, 29, was shot in the head as a terrorist opened fire at police during a riot in the Creggan area of Londonderry on April 18 last year.

The gunman and his accomplices fled as officers rushed Lyra to hospital, where she later died. The New IRA later said its members killed her.

World figures including ex-US president Bill Clinton condemned Lyra’s killing and her funeral in Belfast was attended by then prime minister Theresa May and the President of Ireland, Michael D Higgins.

The riot came after police raided the homes of suspected dissidents in the run-up to 1916 Easter Rising parades. Mr Murphy told BBC Radio’s Good Morning Ulster yesterday that the murder probe was a “1,000 piece jigsaw” and praised the Derry community for providing information.

In a letter to Creggan residents he said: “Lyra’s murder was not committed in isolation, nor did it involve only one person.

“The events that led up to Lyra being shot, and the events afterwards, are equally important. I am asking the community to reach into its conscience and tell us what it knows.” 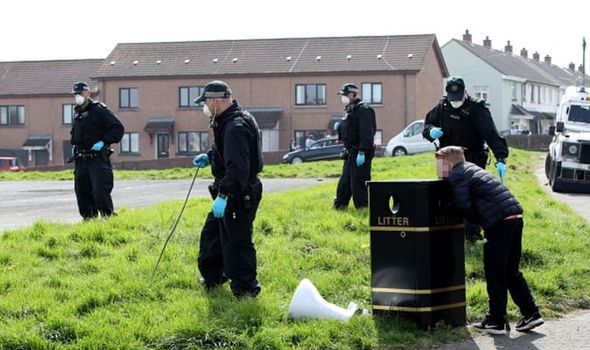 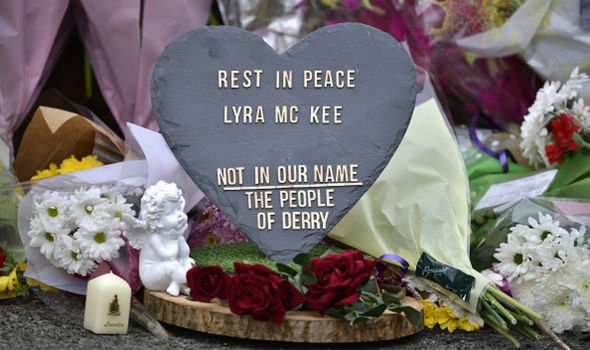 Mr Murphy said Lyra’s family could not begin the grieving process without the information they deserved and “anybody in their position would want the same”.

He added: “One year on, I am still seeking the evidence to bring every single person who was involved that night to justice.”

Police still need to track down the murder weapon, gather mobile phone footage or photos from the scene and speak to people present who could identify riot suspects.

Mr Murphy said anyone with information would be granted anonymity.

One man alleged to have assisted the gunman, who is still at large, has been charged with Lyra’s murder.

A second man has been accused of taking part in the rioting.

Belfast-born Lyra’s partner, Sara Canning, said: “I really hope we get justice. I don’t want to give up hope.”