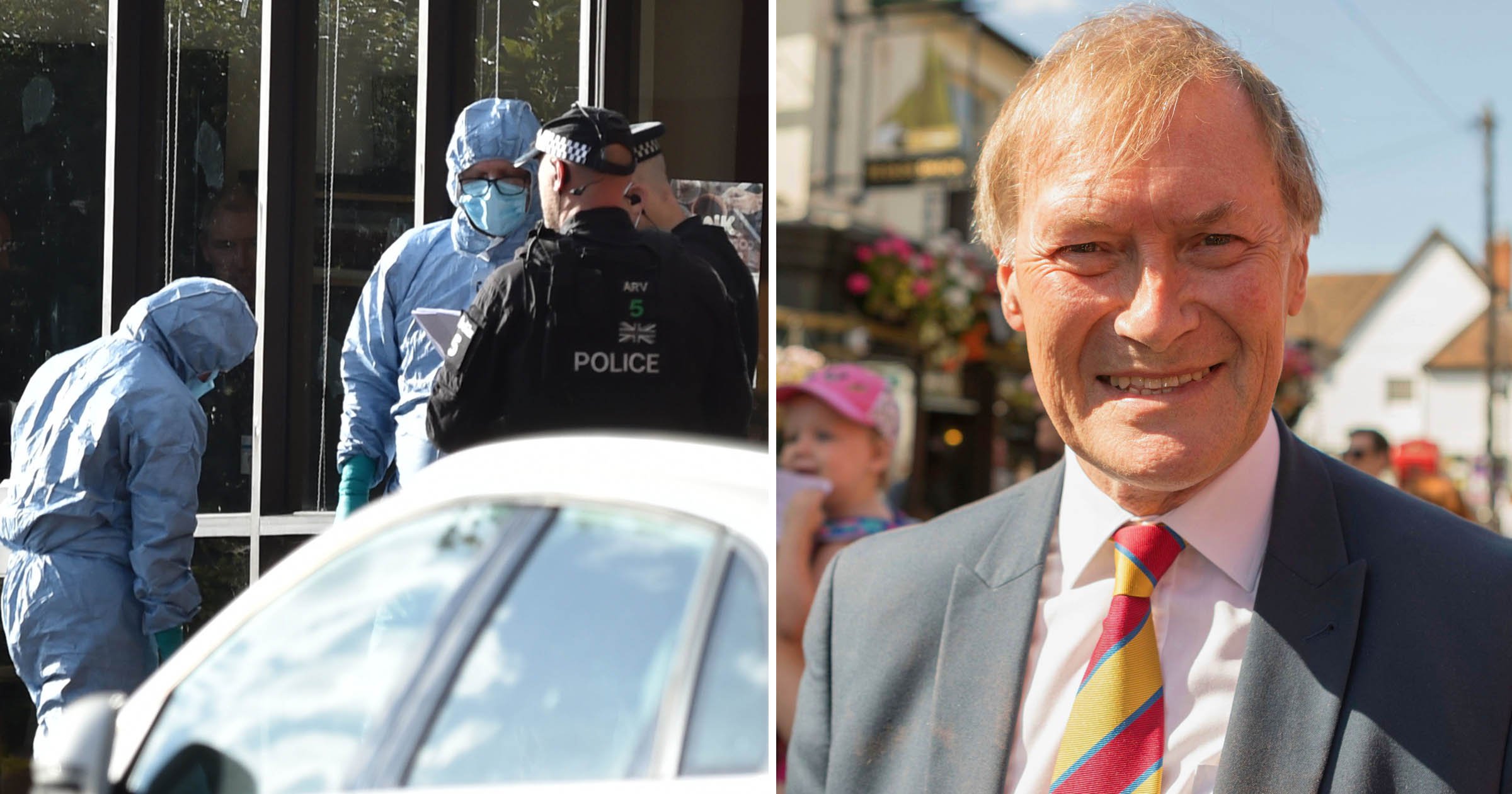 Detectives have been given more time to hold the suspect arrested on suspicion of the murder of Conservative MP Sir David Amess.

The 25-year-old, who has been named in the media as Ali Harbi Ali, was arrested immediately after the fatal attack at Belfairs Methodist Church in Leigh-on-Sea, Essex, on Friday.

Police have not named the suspect who is under arrest and have made no comment on the naming.

In a statement referring to the suspect being held, Scotland Yard said: ‘Late on Friday, whilst in police custody, the man was subsequently further detained under section 41 of the Terrorism Act 2000 and he is now being held at a London police station.

‘On Saturday, detectives were granted a warrant of further detention at Westminster Magistrates’ Court, allowing them to keep the man in custody until October 22, when the warrant expires.

‘As part of the fast-paced investigation, officers have attended three addresses in the London area and conducted searches. One of these searches has concluded and the others are ongoing. A post-mortem examination has taken place today.’