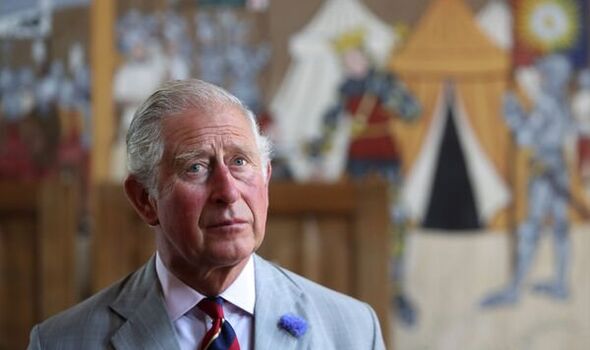 David Douglas, a former Detective Chief Superintendent with the Metropolitan Police, questioned Charles about a 1993 note in which Diana alleged her husband was plotting to kill her and suggested the interview was treated as an opportunity for the Prince to clear his name.

Speaking publicly for the first time yesterday about the historic interview in 2005 that he conducted with the heir to the throne two years after Diana’s letter was published in a newspaper, he said he and former Metropolitan Police Commissioner Lord Stevens went to St James’s Palace to speak to Charles with only one other person present, the Prince’s then principal private secretary, Sir Michael Peat.

In the run-up to the 25th anniversary on August 31 of Diana’s death in a Paris car crash, Mr Douglas dismissed any suggestions that the Princess had been murdered, insisting it was “a tragic accident”.

He told ITV’s GMB yesterday that he found Charles charming. Asked about the interview, he said: “So it’s remarkable… but in actual fact, it was also unremarkable because it was a straightforward witness statement from someone who happened to be the Prince of Wales.”

“When we went in – I’d never met him before obviously – I found him charming. He was very polite, friendly. And we sat down – Lord Stevens, Prince of Wales, his private secretary, who was there also. So Michael, Peat, and myself, just the four of us in the room.” 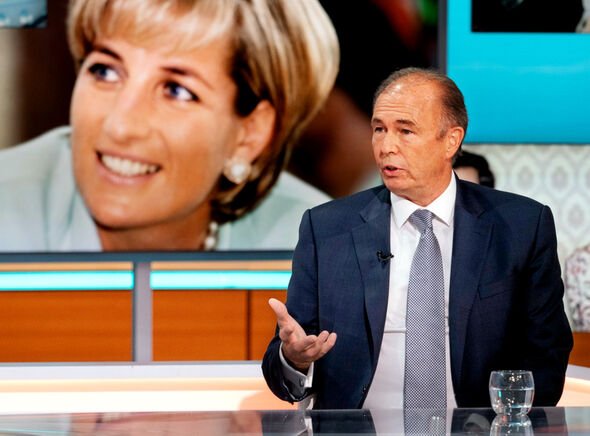 They questioned him for an hour in the drawing room at St James’s Palace for a witness statement. “That’s all it was,” he said.

“He could have refused to see us. He was only a witness, not a suspect in any way shape or form. He said, ‘I want to come and speak to you, I want you to explain what’s happening and I will tell you what I know.’”

Asked if he thought the Prince was glad to have the chance to put some of the conspiracy theories to bed, the former detective said: “I think that covers a lot of it.”

He explained that the letter had emerged at a time when the then Harrods owner, Mohamed Al Fayed, and others were accusing the Royal Family of a plot to kill Diana.

“The allegations that were being made, principally about the Duke of Edinburgh but involving Charles, that they had conspired with MI6, MI5, SAS, whatever you want to talk about to murder the mother of their children and grandchildren – the [allegations that the] Establishment had done this – it doesn’t get any more serious than that as an allegation,” he said.

But he dismissed any suggestions that there was any truth to the conspiracy theories. “It’s my absolute total belief it was a terrible tragic accident in which three people lost their lives and one other person had their life turned upside down,” he added.

His explanation of the approach that he and Lord Stevens took to Charles comes as Metropolitan Police officers are investigating claims that one of the heir to the throne’s main charities, The Prince’s Foundation, offered honours for cash donations in what could potentially be a breach of The Honours (Prevention of Abuses) Act 1925.

Scotland Yard launched a criminal investigation in February but, six months on, it is understood that officers are yet to interview Charles or his key aide, Michael Fawcett, who left the foundation after it emerged he offered to secure a knighthood for a Saudi donor.

Diana, who repeatedly expressed fears that people were plotting against her, claimed Charles was intending to kill her in a handwritten letter given to her butler Paul Burrell in October 1993, 10 months after she and her husband separated. She claimed he wanted to marry her son’s nanny, Tiggy Legge-Bourke, an allegation since dismissed as nonsense.

It read: “I am sitting here at my desk today in October, longing for someone to hug me and encourage me to keep strong and hold my head high.”

“This particular phase in my life is the most dangerous – my husband is planning ‘an accident’ in my car, brake failure and serious head injury in order to make the path clear for him to marry Tiggy.”

A three-year police investigation concluded that there was nothing to support any of the conspiracy theories surrounding Diana’s death.

In April 2008 the inquest into her death and that of her lover, Dodi Al Fayed, found that they died as a result of the driving of their chauffeur Henri Paul and a pack of pursuing paparazzi photographers.