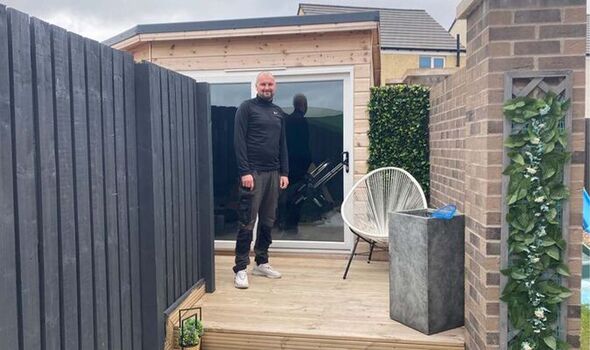 The family spent £10,000 fencing in land at the side of their house, which they own, and creating a summerhouse in the corner. The work was carried out last summer and no concerns were raised – until East Lothian Council contacted them to say they needed to apply for planning permission.

This week the local authority refused to grant permission, telling the couple they have three months to tear down the additions to their garden or face enforcement action.

Lana Cockerell, 31, who is currently on maternity leave after the couple, who already have two children aged five and one, welcomed their own new addition six weeks ago, said she was “devastated” by the decision. Speaking to Edinburgh Live, she said that she and her partner, Gary Anderson, just wanted to create a space for their children to enjoy outdoors.

She said: “All we were trying to do was create a safe space for our children to play in and make the most of the garden we have. None of our neighbours complained about it but we received an email from the council’s planning officer basically telling us it is an eyesore.”

Partner Gary, 34, a self-employed electrician, said the council’s whole approach had been terrible. He said: “There was no attempt to contact us for talks about the work, no phone call or conversation about a compromise, just an email saying it has to come down.

“It’s extremely disappointing and the council have behaved terribly as far as I am concerned.

“We spent £10,000 on the work to improve our garden and I will be seeking legal advice.”

Despite the land at the side of the house coming with the property and being included in the title deeds, East Lothian planners said it was part of an “open space” design of the larger estate.

They said the decision to leave part of the land between the rear fence of the properties and the footpath ‘softened the landscape’ and moving the fence to the edge of the path ‘undermined the contribution that area of openspace made to the landscape”.

Refusing planning permission, the council said: “The fence and summerhouse together with decking are inappropriate in terms of their positioning on what was an area of open public space.

“They disrupt and do not respect the design of this part of the housing estate.”