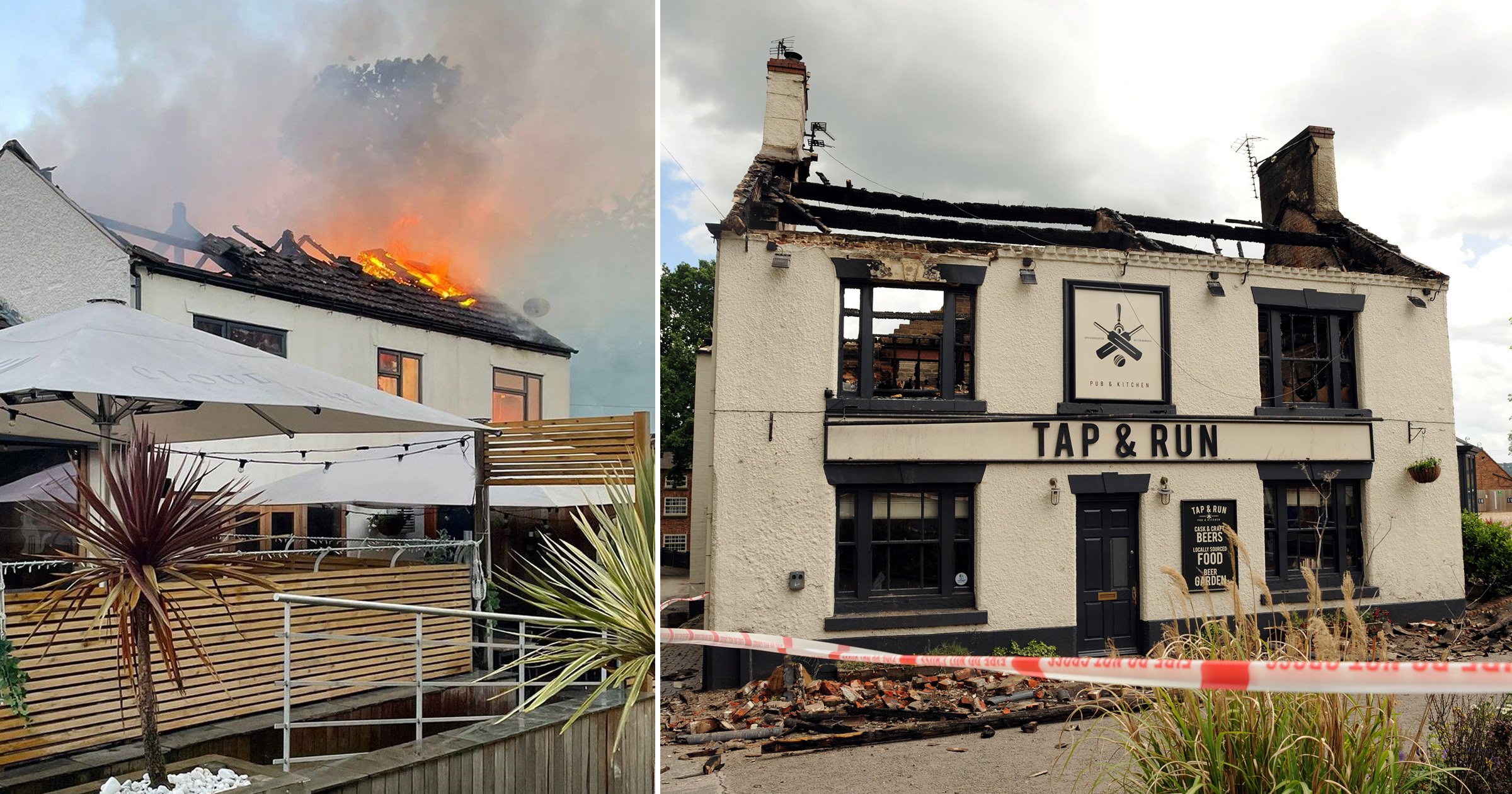 England cricketer Stuart Broad said he was ‘devastated’ after a pub he co-owns with former teammate Harry Gurney was destroyed in a fire.

It is not clear what started the blaze inside the The Tap & Run, in Upper Broughton, near Nottingham.

Eight firefighters were sent in to tackle the inferno after the alarm was raised at around 3.20am this morning.

Nobody is thought to have been injured or killed, and it is understood that no one was inside the pub at the time.

In a statement, Broad and Gurney said: ‘We are devastated to announce that due to a significant fire in the early hours of June 11th The Tap & Run will not be trading for the foreseeable future.

‘We thank you from the bottom of our hearts for the outpouring of support.

‘And finally… we will be back! Watch this space.”In a tweet, the pals posted a picture of their beloved pub on fire with firefighters battling the flames.’

They added: ‘We’re absolutely devastated to report that a fire broke out in the pub during the night.

‘We are heartbroken to see our beautiful pub up in flames. Thankfully no one was hurt.

‘We are sorry we will not be able to honour any bookings for the foreseeable future and sorry for any distress the fire has caused the villagers.

‘Thank you to the fire service who have been brilliant and thank you for everyone’s kind messages of support, we really appreciate it. We will keep everyone updated in the coming days and weeks.’

The Nottinghamshire Fire and Rescue Service said: ‘The time of call was 3.22 this morning. It’s a public house premises and we have had eight engines in attendance, one aerial ladder platform, water carrier, command support vehicle.

‘It was a building of two floors, 15 metres by 30 metres, the area of the building. The fire was in the first floor and roof. They have used two main jets and then two hose reel jets.’

Warning members of the public to stay clear of the area, the service said: ‘We ask you to please avoid the area if possible and for local residents to keep their doors and windows closed if affected by the smoke.’