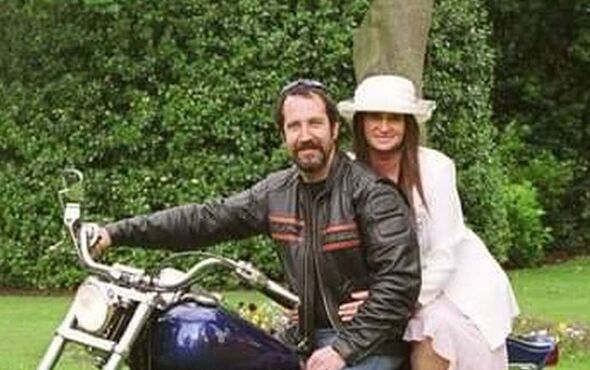 A family has shared their grief after the loss of a devoted couple, who were ‘never apart’ during their 40 years together. The loving couple passed away within a day of each other.

Speaking to Cheshire Live, the family of the couple, who were both motorbike enthusiasts, say they were never apart and that they take some solace from the fact that they are now together again. Dianne died suddenly at home after a fall, with John passing away the following day.

Their daughter Hannah Atkinson said they were devoted, having first met each other as penpals, with both of them knowing that they would be together forever. They leave four children. Hannah, Jenny, Jason and Sean – and five grandchildren.

Hannah described her mum Dianne, a former production worker, and dad John, an engineer, as “the best parents” and “the best grandparents”.

Speaking of the unexpected passing of her parents, Hannah said: “My mum had a poorly tummy and she had a bad fall and banged her head and passed at home on 21 December. My dad passed away the following day. I think that knowing they are back together is what brings us some peace now.”

Hannah explained how the devoted couple got together, saying: “My mum and dad were penpals and then he went to stay with my mum for two weeks and they ended up falling in love. We always used to joke that ‘your two weeks is up, now you can go’.

“They just knew there was a connection there that they had with each other and they were so in love. They have gone too soon but they definitely didn’t have a boring life. They lived life to the full. They had so much fun together and with our family and every day was a party to them. The kids were never bored when they were with them. My mum and dad were probably at a festival every other weekend. They had lots of fun.”

However, Dianne and John’s sudden and unexpected death means their children have been left trying to sort out the legal arrangements and their funeral, with all of the costs that entails, and a fundraiser has been set up to help them.

Hannah said it was distressing to have to deal with all of this at this time of grieving for their much-missed mum and dad and any support in meeting the costs of the funeral would be much appreciated. She said that otherwise they would have to try to get some sort of funeral payment plan.

She said her parents were both keen bikers, often going off to festivals around the country and into Europe for holidays. When their kids were young they would take them over to the Isle of Man to camp and watch the TT Races for a fortnight every summer.

The couple, who were together for around 40 years, would often go out on rides on their Harley Davidson. The Harley was a prized possession of Dianne and John, who stripped it down and rebuilt it. Hannah said her dad, who worked at WH Capper in Warrington, would often be seen tinkering with the Harley in his shed at home.

Dianne and John’s niece Laura Ritchie said her aunt and uncle were much missed and the family always saw them as being the ultimate loved up couple, even 40 years after meeting. She said they had always been great fun to be with and she and her cousins had many happy memories of trips out together as children too.

She said her late mum Amanda, who passed away six years ago, was very close to her sister and the families had spent a lot of time together while the kids were growing up. She said: “We are devastated. We want to have a funeral for both of them together because they were always together. You never saw one without the other.

“We were envious of the love my aunty and uncle had, even after being together so long. They were absolutely besotted. Two weeks before they passed they were at a Tina Turner tribute concert together and they were dancing like they had just met.

“Uncle John called my aunty Dianne his best pal and he couldn’t bear to be without her. They are together now, which gives us some comfort at this time.

“Arranging the funeral and the legal side of things with probate has been an added stress for my aunt and uncle’s family and so we launched the Go Fund Me to help with costs.”

The couple’s funeral will take place at Widnes Crematorium on January 26.