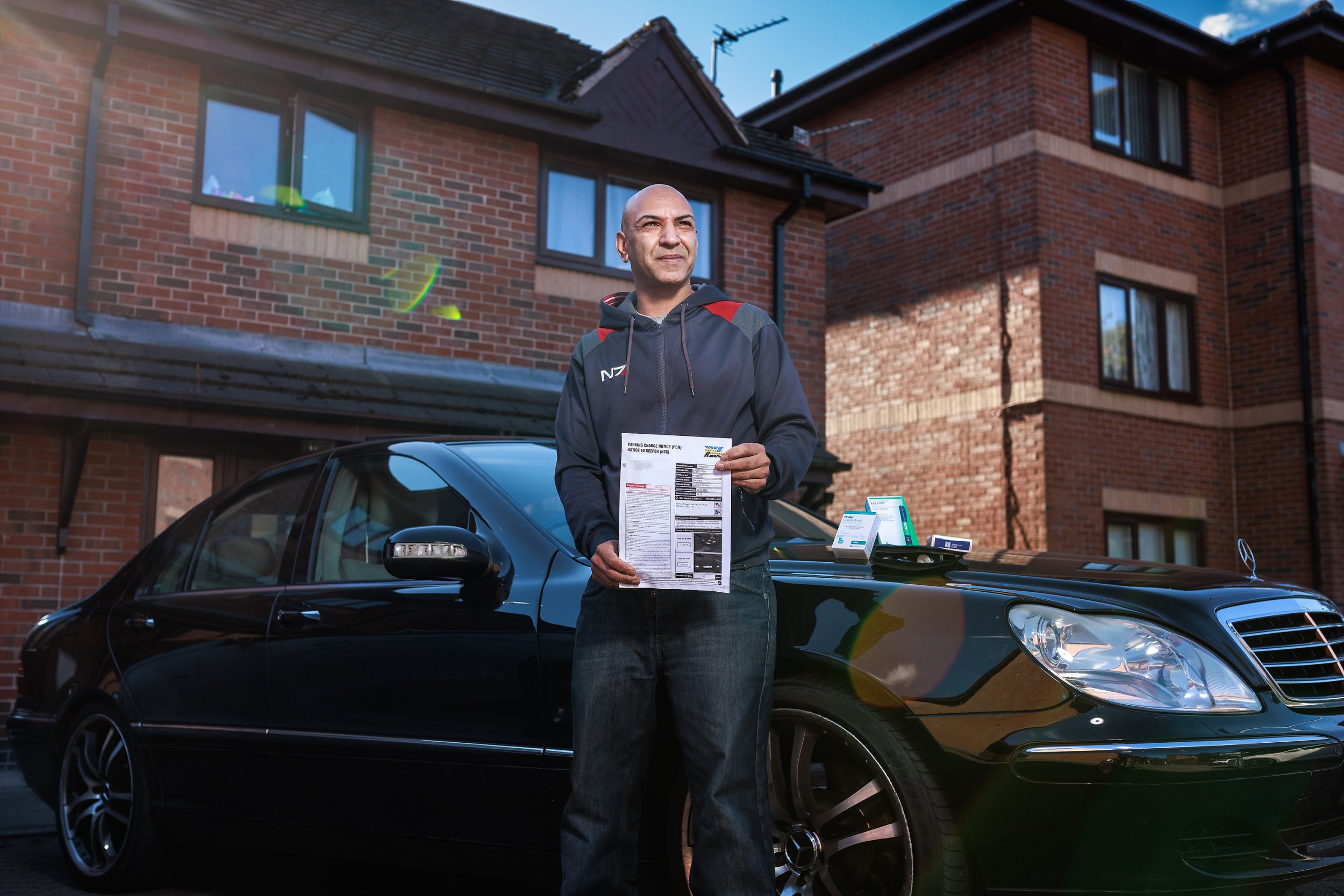 A dad has slammed a parking company who fined him £100 after he pulled in to use a space when he was having a diabetic fit.

Imran Mohammed Naz, 44, was slapped with a ticket after he claims he pulled into a car park in Warren Street in Stockport whilst he was suffering a ‘hypo’

He drove into the car park and spent 13 minutes having a chocolate bar and a carton of Ribena to help raise his blood sugar levels, he told Metro.co.uk

However according to Excel Parking – who manage the car park – this was three minutes over the time limit.

Mr Naz was driving in single-lane traffic, shared with a bus lane, when he started to have the fit.

Rather than carry on driving, knowing he could have crashed, he decided to pull into the car park.

The dad-of-two from Ashton-under-Lyne, Greater Manchester, was mortified when he received the fine in the post.

He said: ‘I have a medical condition and I could have died or seriously hurt someone else if I carried on driving.

‘I was lucky it was only a few minutes, usually it takes longer to recover from a hypo.

‘I tried to pay at the machine out of the goodness of my heart, I didn’t even use a space properly I just pulled into an empty part of the car park.’

Mr Naz said he saw the signs to pay in the car park after he had started to recover from his fit and tried to pay but claims neither of the two parking machines were working.

However Excel Parking has said ‘successful purchases were made by both machine and Connect Cashless throughout the day.’

The company also showed little sympathy for Mr Naz and said: ‘Had Mr Naz made use of our helpline, which is clearly advertised on all of our signs, it is possible further provisions or advice could have been given which would have prevented him from receiving a Parking Charge.’

Mr Naz has appealed his ticket twice, including to the Independent Appeals Service (IAS), however both times it has been rejected.

Excel Parking added: ‘The legally trained IAS adjudicator agreed that the Terms and Conditions were made sufficiently clear to motorists and that we had given an adequate consideration period prior to issuing the Parking Charge.

‘In light of this, we are satisfied that the Parking Charge has been correctly issued and pursued.’