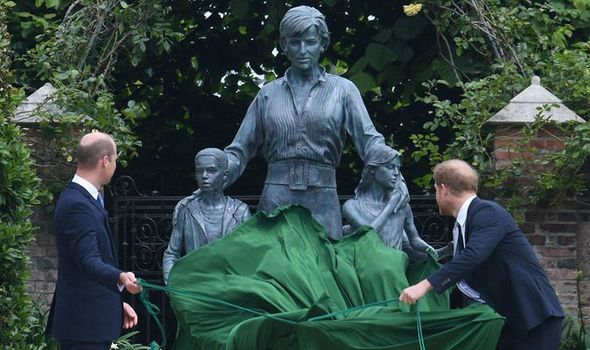 On the press photographs that show the two Princes on either side of the statue, this is quite a touching detail, as it speaks immediately to their relationship with their mother, and how young they were when she died. One of the things that such a composition does is place a lot of emphasis at the top of the triangle, which is formed by Diana’s head.

The sculptor has very cleverly balanced this emphasis with the strong horizontal formed by the wide belt at Diana’s waist.

This is on the same level as the heads of the two young children in front, balancing the composition. This gives the children a stronger presence, and more emphasis.

This emphasis seems important to a more symbolic reading of the sculpture.

Firstly, the boy on her right is apparently black. The way he is dressed, he could be from any social background.

By contrast, the girl on Diana’s right is clothed in an unusual way. 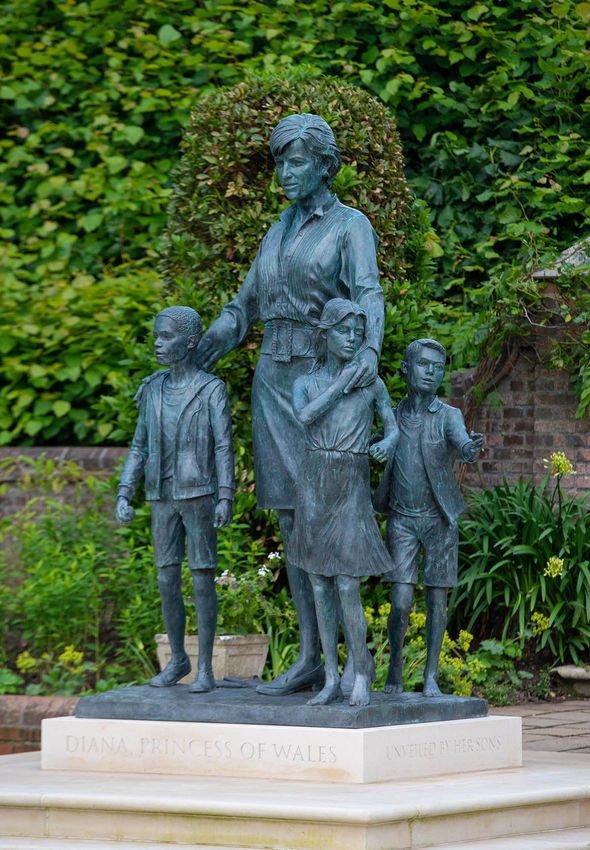 She is wearing a very light dress, drawn-in at her waist, and she wears no shoes. Her eyes appear to be closed, and her arm is drawn against her body, and up to her shoulder.

The girl’s posture is more intimately engaged with the Princess, as she holds her cheek against Diana’s arm.

Whereas the two other children seem to look or gesture outwards, these features close the girl off from what is going on around her.

This figure reminds me of an earlier period of art, and particularly memorial sculpture, in which it would be commonplace to see a mourning figure dressed like this.

And the thin garment makes me think of a veil or a shroud. In a very subtle way, I think that this figure speaks about loss.

By contrast, the boy, looking out to the world, talks about hope and the future. 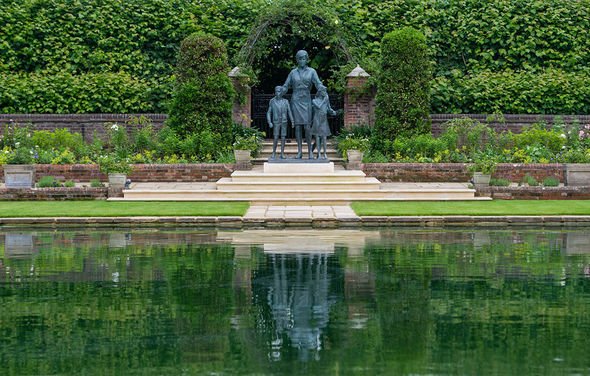 These are all subtle points in a sculpture made by Britain’s leading “establishment” sculptor, Ian Rank-Broadly.

There was some criticism over the choice of the artist.

But we should remember that the sculptor has made images of the Queen, Queen Elizabeth and the Duke of Edinburgh.

Perhaps it would be better to think of Rank-Broadly as the Royal Family’s family sculptor.

The material is bronze, which is very conventional, but utterly fitting.

It is a material that will – with proper care – last forever.

Taking these points together, this sculpture strikes a difficult balance between being a public memorial and a private remembrance.