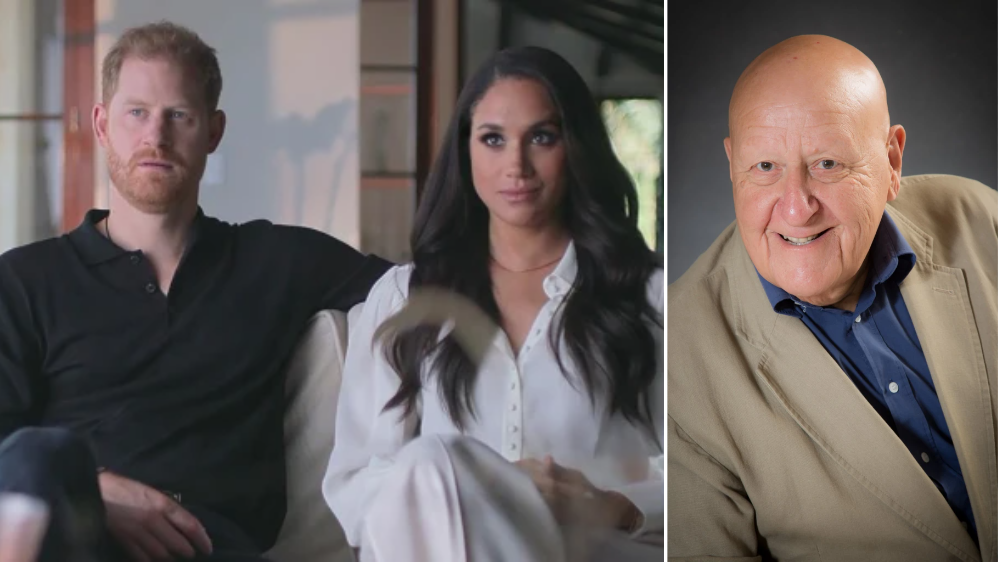 My last conversation with Princess Diana took place less than a fortnight before her death – and there’s barely a day that I don’t think about her.

The last time we spoke, she was on holiday in St Tropez in August 1997, and she came over on a small motorboat to chat to myself and other members of the British press. Diana was thoughtful, open and as always, thinking about Harry and William.

She said ‘My boys want me to move to America. . . I need to protect my boys.’

It was the example of the close relationship we had and the mutual trust we shared. Just ten days later, she was dead.

So when Harry mentioned ‘I am my mother’s son’ in episode one of his six-part Netflix documentary, I couldn’t help thinking ‘What would your mother think of this?’ I’m convinced she would never have allowed William and Harry to become estranged.

And no-nonsense Diana would certainly not have approved of the three hour pity fest which was broadcast today. Whatever her own battles, she looked forward and reserved her sympathy for others – not herself.

Harry and Meghan visibly struggled to contain their emotions as they talked about ‘the institution’ and how ‘things changed,’ following their engagement. But I came out saucer-eyed after watching their film, wondering what on earth it was exactly that they were complaining out.

If this was simply When Harry Met Meghan – the sweet love-at-first-sight story of two young innocents who discover a joint passion for volunteering and authentic truth, Netflix would have had their money’s worth. But as the bombshell documentary following a trailer which looked more explosive than Die Hard, it totally failed to land.

Instead, what dropped onto our screens were three hour-long episodes of naval gazing, with footage and pictures supplied by a couple who bleat for privacy while seemingly having a cameraman following their every move.

Yes, a few salvos were fired in Kate and William’s direction. We learn that Meghan wore ripped jeans and had bare feet when Wills and Kate nipped over for their first meeting.

‘They came over for dinner, I remember I was in ripped jeans and I was barefoot and I was a hugger, I’ve always been a hugger. I didn’t realise that is really jarring for a lot of Brits’, recalled a still-wounded Meghan. ‘I guess I started to understand very quickly that the formality on the outside carries through on the inside.’ Or in other words, chilly ice-Queen Kate didn’t hug her back.

Then there’s Harry’s little missile aimed at his brother and sister-in-law., saying ‘For so many people in the family, especially obviously the men, there can be a temptation or urge to marry someone who would fit the mould as opposed to somebody who you perhaps are destined to be with, the difference between making decisions with your head or your heart.’

Cue footage of a grim-faced William and Kate snippily edited from a memorial service and slipped into the mix by pesky Netflix editors.

By contrast, Harry and Meghan are quick to claim ownership of the real Royal love story. They met in July 2016. ‘I was really intent on being single and just having fun single girl time’ claimed Meghan, who apparently once chased dates with former ex-factor winner Matt Cardle and footballer Ashley Cole.

They met the modern way – via Instagram, where apparently Harry spotted a meme of Meghan with cartoon dog ears and nose – and clearly liked the look of what he saw. Fast forward to their first date – he was sweating, and arrived late after heavy traffic (detail like this is clearly what Netflix paid millions for.)

Right from the start, Meghan claims ‘we were like childlike together’. Cue violins, piano and jazz tunes.

There’s lots of shots of ‘angry’ Harry and ‘brave’ Meghan, and if I was going to invent a game called Neflix Bingo, I’d certainly chose ‘authentic truth’ as one of my cards. And there really is no end to her suffering. ‘No matter what I did, they were still going to find a way to destroy me,’ she sniffed, lip wobbling, cue images of a sedate press pack around an ornamental pond politely congratulating a newly engaged couple.

There were a few moments of unintentional hilarity. Take the friend who learned that Meghan was dating a prince and recalled joyfully ‘I could feel everything in my body vibrating’.

Or Harry, in full Alan Partridge mode – recalling their last night out before news of the romance hit the press. ‘We pulled the pin on the fun grenade.’

But chuckles aside, they allude to death threats, racist UK press, and unconscious bias within the Royal family – and are promising another three long hours of the same next week.

The gulf that has opened up between members of the Royal family is wider than just the Atlantic right now.