Prince Philip was a Royal Navy lieutenant and became the titular head of the entire organisation in 2011. His funeral will take place at 3pm on Saturday. Only 30 members of the Royal Family and his private secretary are due to attend the event which is expected to pay special attention to his military history and record.

The Duke of Edinburgh is the longest-serving consort in British history and his funeral is due to honour his impressive commitment to the nation.

The Duke of Edinburgh will lie at rest in the private chapel at Windsor Castle until the day of his funeral when a procession will see him carried to St George’s Chapel.

During the procession, Prince Philip will be carried to the chapel in a specially adapted Land Rover.

The vehicle will be flanked by pallbearers from the Royal Marines and other military regiments and corps associated with the Duke and in honour of his military record. 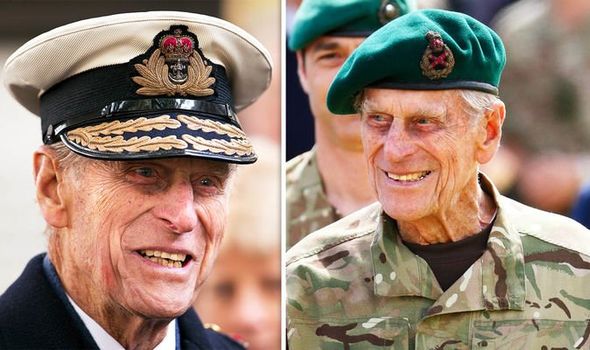 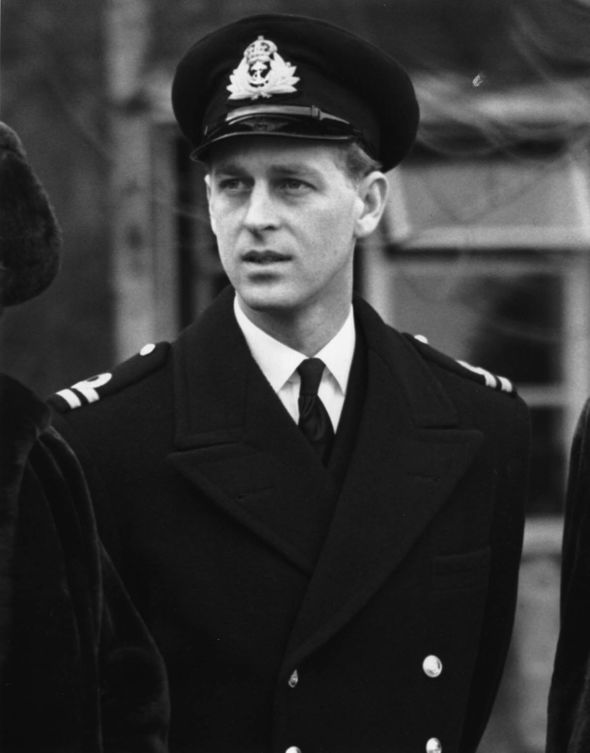 Prince Philip served his country for decades before he retired in 2017.

He served in the Royal Navy during World War Two and continued his active military career after the war.

His service came to an end in 1951 but he maintained a close association with the Armed Forces in the decades after.

In the wake of his passing, many impressive milestones of his military career have come to light highlighting his bravery, courage and devoted service. 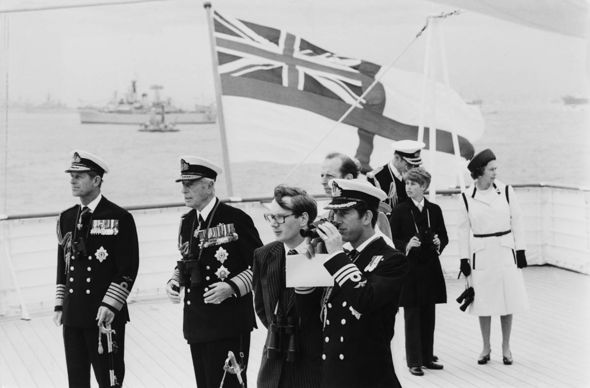 The Duke of Edinburgh finished his education at Gordonstoun in May 1939 and began his naval career at the Britannia Royal Naval College in Dartmouth.

During his time at the naval college, he won two prizes for being the best cadet.

He joined the battleship HMS Ramillies in Colombo as a midshipman in 1940, spending six months in the Indian Ocean.

Prince Philip served on the HMS Valiant in Alexandria from January 1941.

Two months later, the Duke of Edinburgh was mentioned in despatches for his actions during the Battle of Cape Matapan after spotting an unexpected enemy vessel with searchlights.

Philip was later awarded the Greek War Cross of Valour for these actions. 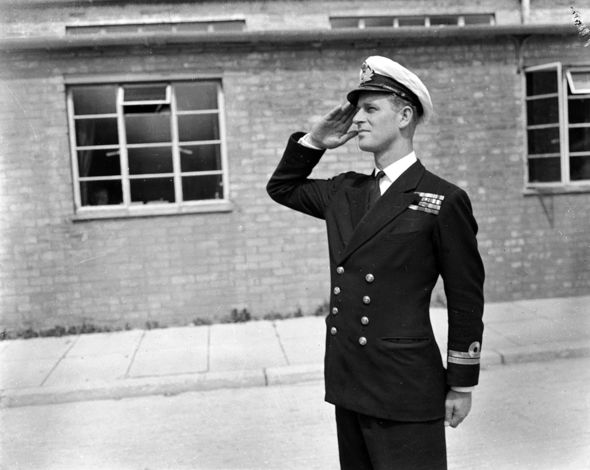 The Duke of Edinburgh rose through the ranks and became one of the youngest offices in the Royal Navy.

He was made First Lieutenant and second-in-command of a ship, the HMS Wallace in 1942.

This ship was despatched to the Mediterranean and provided cover for the Canadian beachhead of the Allied landings in Sicily in 1943.

The then 22-year-old foiled a Luftwaffe bomber looking almost certain to destroy a ship.

In July 1943, the ship came under repeated attack and the Duke quickly devised a plan to throw a smoking wooden raft overboard to create the illusion of debris on fire in the water as a decoy, successfully distracting the enemy.

The ship sailed to the Indian Ocean to join the British Pacific Fleet. 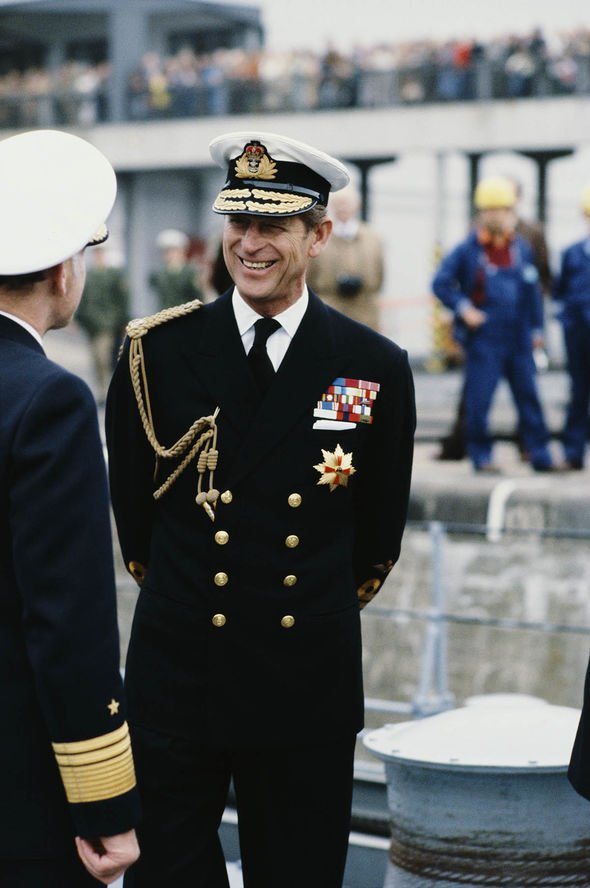 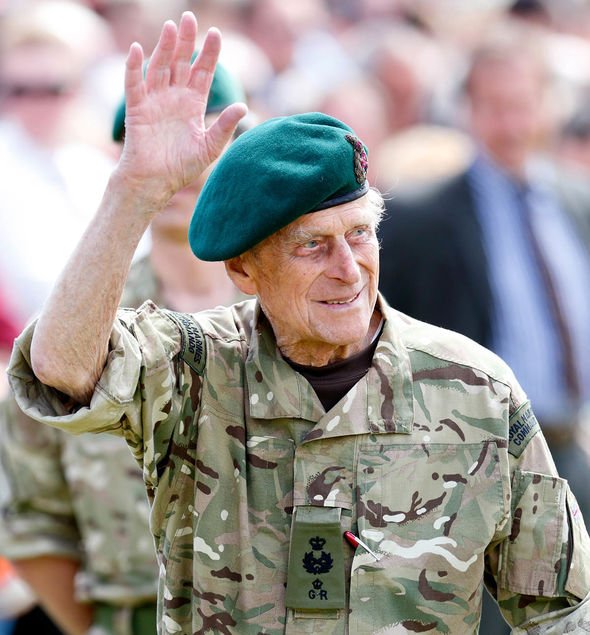 In January 1945, Prince Philip helped to save the lives of two men while operating on the ship Whelp.

The men had been flying a plane which was hit by Japanese fighters and the Duke immediately activated a search and rescue team to find where the bomber had gone down.

After 20 minutes at sea, the Whelp approached and the men were saved.

The Duke of Edinburgh was stationed in Tokyo Bay as the Japanese surrendered on September 2, 1945.

Prince Philip returned to the UK after spending time at naval training schools in 1946.

He went on to ask King George VI for permission to marry the then-Princess Elizabeth at that time.

The Duke of Edinburgh renounced his rights to the Greek throne in February 1947 and became a British subject, Lieutenant Philip Mountbatten.

After World War II, Philip was appointed First Lieutenant and second-in-command of HMS Chequers, operating from Malta with the Mediterranean fleet.

He was promoted to Lieutenant-Commander and then appointed in command of the frigate HMS Magpie in Malta.

Philip left the Navy prematurely because of the deteriorating health of King George VI in 1951.

His wife, the soon to be Queen Elizabeth II, was required to take on more royal responsibilities.

In June of that year, Prince Philip was promoted to the rank of commander in the Royal Navy.

The next year, he was promoted to Admiral of the Fleet and appointed to a British Army Field Marshal and Marshal of the Royal Air Force.

Years later in June 2011, the Duke celebrated his 90th birthday and the Queen gave him a new title Lord High Admiral, which is given name of the titular head of the Royal Navy.