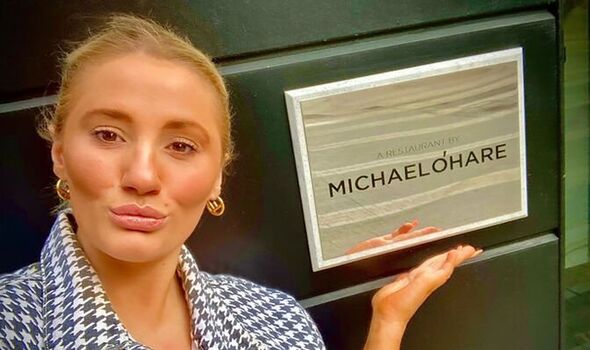 The Leeds city centre restaurant gets rave reviews on TripAdvisor and the Michelin Guide says it’s the place to go for “unconventional food”.  Given all the hype, it was no surprise that Leeds Live journalist and reviewer Lucy Marshall loved the atmosphere and said staff “treated (her) like a princess”. But her opinion on the food was mixed to say the least.

In her review for for Leeds Live she claimed to have become hungrier and hungrier as the afternoon progressed, despite being served fancy dishes.

“Along came the first course. The waiter greeted me with a fake white egg with a black star on it,” Lucy wrote.

“The problem was that the staff brought the items over, gave me the cutlery, but didn’t really explain much from there. So I opened the ‘egg’ treasure chest and inside was tuna tartare with a spicy sauce. It was nice and fine, there wasn’t much to it and I wasn’t overwhelmed. I was thinking ‘right, I’m so hungry, that was to start – there’s got to be something bigger coming next.’

“Next came a prawn on top of an old fashioned phone. It did look pretty cool but I didn’t get the point of it. All it is is a prawn on a telephone – I wouldn’t call that MasterChef quality. I love prawns so I knew how to open the shell but what if you didn’t know how to do it. Secondly, while I do love seafood, it literally tasted like it had just swam out of the ocean and onto my plate.

“Where was the tikka they said was on it? Plus, I had to eat it with my bare hands. Maybe I don’t want prawn juice all over my suit I wore today. This course wasn’t a vibe for me. Things then got even weirder as I was given soup. Bingo – I love soup – but this wasn’t soup. They brought me this cold cheese thing with ice on top and called it soup. At this point the hunger prevailed.”

Lucy was served a scallop, which wasn’t as impressive as she’d hoped.

The writer, from Leeds, continued: “The sauce it was dressed in was really nice. But again I wasn’t gasping for air or astonished as I expected I would be by this Michelin star menu. And by this point, fourth course in, my stomach was still rumbling. I thought it would be a bit inappropriate to ask for chips and a Diet Coke so I kept my pretend posh demeanour in tact.

“Next was the cod in squid ink – put it this way, if you don’t like fish, and I mean like really like fish, you’re pretty screwed. But you cannot deny the fish was beautifully cooked and peeled off my fork amazingly. This was followed by pork. The dish looked so unappetising – is it just me that thinks eating food that looks like a bonfire isn’t appealing? I don’t want to eat black food that looks burnt. We want colourful vibrant food that draws me in not scares me away.

“The pork was very nice but again, was it outstanding you ask? Well, no. I was then told I would be moving onto desserts despite barely having anything to eat for my main. I was served a mini tiramisu and then a dark chocolate and olive cake. These took so long to come out that I began to get agitated – I don’t have all day. The saving grace was the four macaroons that came at the end and were all different flavours.

“Half of the dishes I could have made in my kitchen, and I think a Pot Noodle has more flavour than some of the dishes placed in front of me.”

The Man Behind the Curtain has four and a half stars, out of five, based of 1,543 reviews on TripAdvisor.

The restaurant, which opened in 2014, has been praised for delicious meals, including desserts, on the website.

The Michelin Guide says: “If you’re looking for the unconventional, you’ve come to the right place. Michael O’Hare is a chef who does things his own way and his idiosyncratic basement restaurant matches his cooking style perfectly. The original, very creative and artfully presented dishes – many of which come with assorted Asian influences or feature the colour black – start arriving with your drink and you’ll never know quite what to expect next.

“Thanks to the music and interior design, which includes everything from skateboard decks and graffiti to a surfboard and a motorbike, you’ll find you don’t need to feed off other customers to create your own atmosphere. Furthermore, the disorientating mirrors lend an ethereal quality to proceedings and make you feel cocooned in your own bubble.”