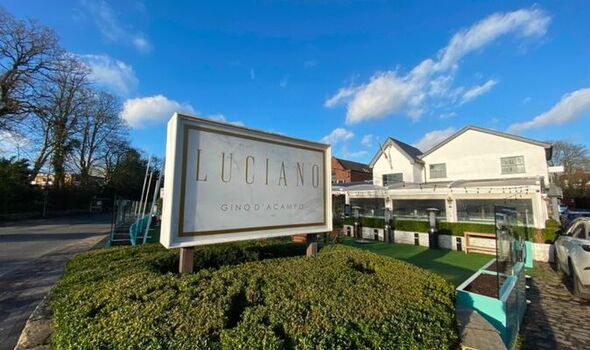 Fire fighters from Cheshire Fire and Rescue were called to Luciano, on Wilmslow Road in the sleepy village of Alderley Edge at 6.21pm, according to local reports. The blaze is said to have started in the ceiling void on the ground floor of the two-storey building.

Four fire engines were dispatched the surrounding area, alongside police.

Diners were cleared from the eatery following the blaze, and at 7.30pm a further two engines were reportedly sent from Greater Manchester, when the fire was at its height.

A spokesperson for the fire service told Manchester Evening News: “We were called at 6.21pm to Wilmslow Road in Alderley Edge, to a commercial building fire.

“The fire is in the roof space. Currently, we have one engine from Wilmslow, and one from Macclesfield.

“Two firefighters are wearing breathing apparatus, with one hose reel used. The building was evacuated.

“It’s a two-storey building with a fire in the roof void in the ground floor ceiling. They are using hose reel jets and a cover hose reel jet.”

The Alderley Edge restaurant is one of two under the Luciano name – the other being in central London.

According to CheshireLive, the restaurant had closed just a few months ago in March for a revamp of the decor. It opened in January.