LONDON — Like many across England, Sarah Rennie has lost sleep worrying about her building catching fire, especially since inspectors discovered that the high-rise is wrapped in a flammable material similar to the one that fueled the deadly blaze at London’s Grenfell Tower in 2017.

But the fear is compounded for Ms. Rennie. She uses a wheelchair.

The Grenfell disaster, which killed 72 people, forced a national reckoning over unsafe building practices. In its aftermath, people with disabilities are especially troubled about the dangers lurking in their buildings — and the lack of plans for their safe exit should the worst happen.

“The more you unravel, the deeper and darker it gets,” Ms. Rennie, 35, said of the dangerous building flaws that Grenfell has exposed.

An investigation into the fire at the public housing block, which was home to many lower-income residents, found that the flames spread unabated because of the tower’s cladding, a combustible aluminum composite material covering the exterior. The same material had been banned in the United States and much of Europe because it is a fire hazard.

The government has focused its attention on removing the cladding from other high-rises, but many residential buildings have a host of other fire hazards still unaddressed. And rights groups say the government is ignoring people with disabilities and the unique risks they face in the event of a fire.

“We’ve been an afterthought for everything,” said Fazilet Hadi, the head of policy for Disability Rights UK.

The past year has made that clearer than ever, Ms. Hadi said, noting that people with disabilities accounted for nearly 60 percent of all coronavirus deaths in England and Wales. It has also given the government pretext not to act, she said.

“The pandemic is going to be used as an excuse for everything at the moment, isn’t it?” Ms. Hadi said. 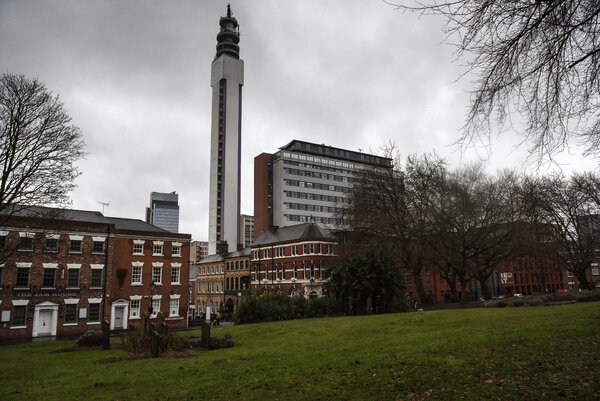 Investigations in the wake of the Grenfell blaze found widespread fire hazards not only in publicly funded high-rises but in many privately owned apartment buildings — a result of decades of deregulation that allowed for shoddy construction. Other safety issues like flammable balconies and different types of combustible cladding were found in residential buildings across England.

Hundreds of thousands of properties are implicated, and experts say it could take years to remedy. The cost to address just some of the issues has been put at an estimated 15 billion pounds, or more than $21 billion.

For apartment dwellers with disabilities, the problems are on another order altogether.

They worry not just that they may be living in firetraps like Grenfell, but that no one has taken into account the unique challenges they would face should they suddenly need to evacuate.

Then there are the economic costs.

For any apartment owner, the bill for trying to make their home safer can be staggering. But the financial burden hits apartment owners with disabilities particularly hard, since many are on fixed incomes, Ms. Hadi said.

Disabled people are also more likely to live in public housing, where some of the worst safety lapses are to be found.

Grenfell forced a new look not just at how buildings are constructed but what residents should do if a fire breaks out.

In particular, “stay put” guidance, a longstanding policy in apartment blocks that advised people to stay in their apartment if a fire broke out elsewhere in the building, has come under question. That advice proved deadly at Grenfell, investigators found. Many residents died after sheltering in place, trapped on higher floors.

“I was constantly being told stay put is best for you, safer for you,” said Ms. Rennie, recalling the guidance she got in 2008, when she bought her apartment on the 13th floor of her building in Birmingham. “We see from the Grenfell inquiry that stay put was the wrong decision. Now our trust in the system is damaged.”

The investigators recommended that building owners be legally required to create personal emergency evacuation plans for all residents whose ability to get out might be compromised. But the government dragged its feet until the family of a disabled women who died in Grenfell threatened a lawsuit.

Talks are now underway, but in the meantime, disabled residents have been left to navigate the problem on their own — with mixed results.

Ms. Rennie was able to work with her building’s management to get an evacuation chair and an emergency exit plan. Others have been less fortunate.

Georgie Hulme, 42, inherited her third-floor flat in Manchester from her mother, and said she has always loved living in her “vibrant, diverse and unique” neighborhood. But despite fire safety issues being found in her building, she said, she has received no support from the management in addressing her evacuation needs.

Ms. Hulme has complex disabilities and is a wheelchair user, so even being on the third floor leaves her vulnerable in an emergency. She communicates using a text-to-speech device, and worries that people with disabilities are not being heard.

Ms. Hulme said “nobody appears to want the responsibility” for coming up with and paying for evacuation plans and equipment — like specialized chairs or handrails — for disabled residents.

“We should not have to argue for equal means of escape in a fire,” she said.

Ms. Hulme said she “can’t see a future, only bankruptcy and losing my home,” amid fears she and her neighbors will be forced to pay for costly building renovations.

Most private apartments in England, like Ms. Hulme’s and Ms. Rennie’s, are sold as long-term leases, with the buildings themselves owned by a “freeholder” — often an investment group. It has been difficult for residents and the government to hold those building owners liable for costs, so leaseholders generally have been left to foot the bill for safety improvements.

Moving is often not an option.

Many owners are unable to sell, with banks unwilling to offer new mortgages for potential buyers on properties with combustible materials.

New funding announced by the government earlier this month is aimed at easing the financial burden on leaseholders, but it does not go far enough, housing experts, opposition politicians and some members of the governing Conservative Party say. The money is for high-rise buildings only, and addresses only the cladding problem.

That means apartment owners facing other safety issues may still end up saddled with huge loans or in bankruptcy.

The management of Ms. Rennie’s building, Brindley House, has applied for the funding, but she still faces skyrocketing insurance premiums, steep services charges and the cost of round-the-clock fire patrols.

“It just feels like we are being drained of every penny that we’ve got in the meantime,” she said. “I think that’s what feels so immoral.”

A spokesman for the Ministry of Housing, Communities and Local Government said it was doing everything in its power to adopt all of the recommendations of the Grenfell inquiry “in the most practical, proportionate and effective way, to ensure such a tragedy can never happen again.”

“We continue to work with disability groups on issues around building safety, including the provisions for accessible and adaptable housing, to inform our guidance on evacuation for disabled people,” the spokesman said in a statement.

But advocates say that action is needed now, and that buildings with dangerous fire safety lapses must provide evacuation plans.

Ms. Hulme and Ms. Rennie have founded an organization to elevate their voices. The group has received support from a growing number of lawmakers, and they have had initial conversations with the government.

Along with other disability rights groups, they are working to bring disabled people and safety experts together to lay out clear priorities for the government.

“But that is going to take time,” Ms. Hulme said, “and in the interim, some of us are living in extremely unsafe buildings with no plan.”