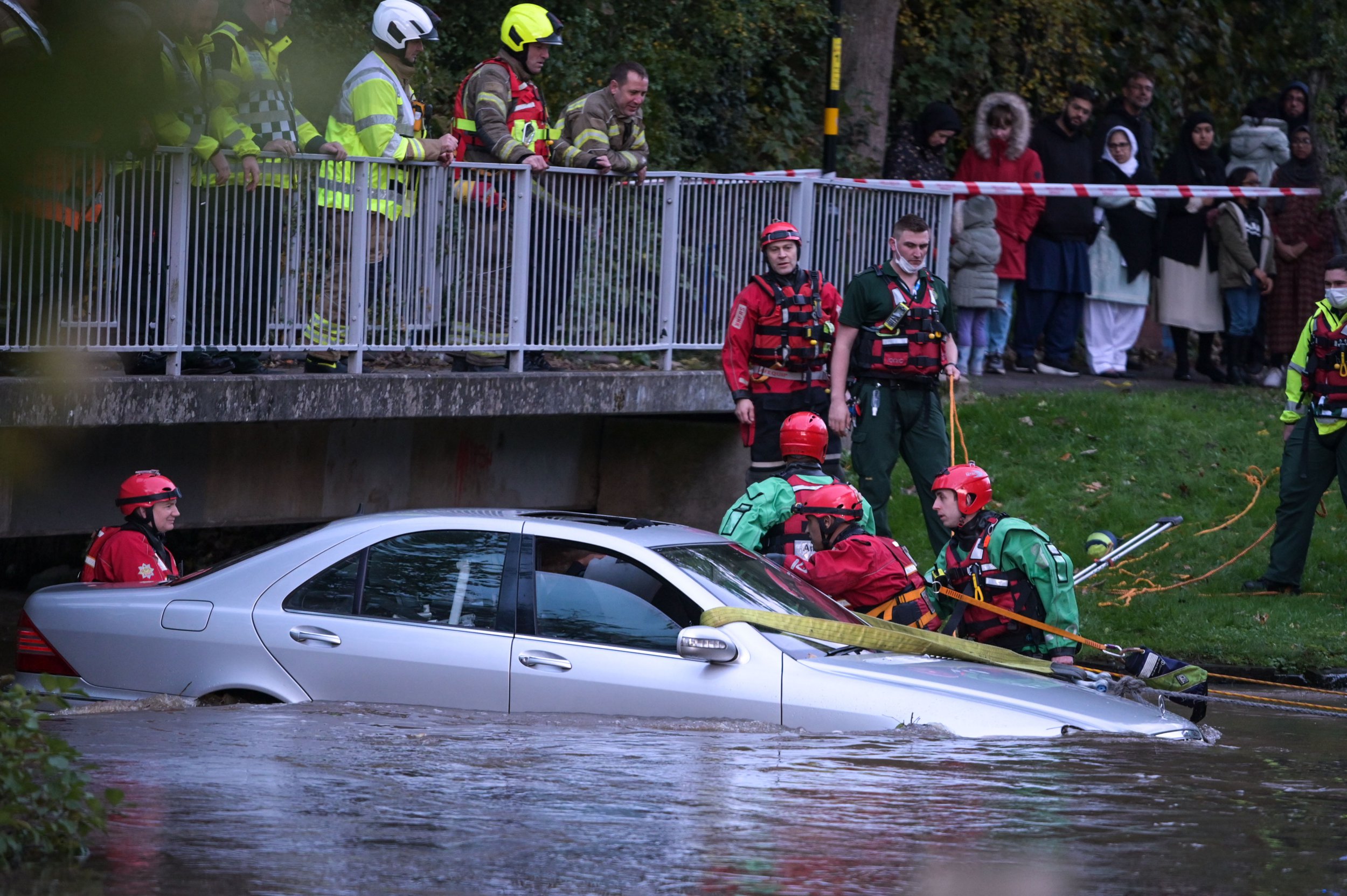 A disabled man was saved in a dramatic rescue operation after his car got trapped under a flooded footbridge.

The man, believed to be in his 50s, was driving through 3ft of water in Birmingham on Sunday when his silver Mercedes was swept down the River Cole.

It ended up wedged under the footbridge on Green Road in the Springfield area.

The driver called the fire service for help just after 3pm saying he was trapped in his car and it was filling with water.

People watched from the bank as ten firefighters tried to pull the man out through his sunroof as the waters kept rising.

He was still trapped in the vehicle by 3.40pm, but was eventually saved and taken to safety on an inflatable raft.

Paramedics treated the man for cold-water shock at the scene before taking him to Birmingham’s City Hospital as a precaution.

The car was left at the scene as it was too dangerous to remove it in the fast-flowing floodwaters.

Surrounding streets were also blocked off while the man was rescued, and residents were urged to avoid driving in the treacherous conditions.

Severe rainfall caused the River Cole to swell to 1.27metres on Sunday, more than four times its 0.39-metre average.

How to drive in torrential downpours