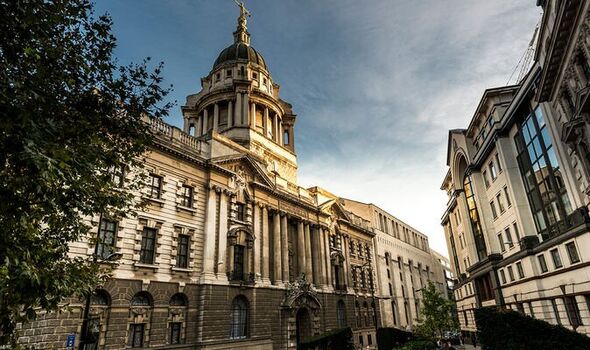 A woman trained in human dissection decapitated her friend after a row over money and then dumped the body more than 200 miles away in Devon woods, a court has heard. Osteopath Jemma Mitchell, 38, is accused of murdering 67-year-old Mee Kuen Chong, who was known as Deborah, in June last year.

Ms Chong was reported missing from her home in Wembley, in north London, on June 11. Her headless corpse was discovered by holidaymakers near the Devon town of Salcombe on June 27.

Opening the trial of Mitchell at the Old Bailey today, Deanna Heer KC said: “It is the prosecution case that she assaulted and killed the deceased and then transported her body to Salcombe in a large blue suitcase where she attempted to dispose of it in the woods next to Bennett Road.”

Ms Heer said the victim’s body had been found by a woman on a walk with her family on the south coast of England.

She added: “As they walked back to their holiday cottage from the beach, they made a gruesome discovery – the headless body of a woman.”

On finding the remains lying at the bottom of some steps on a public footpath, the woman called police, the area was cordoned off and an extensive search began.

On July 1, Ms Chong’s head was discovered around ten metres down the hill from where the body had been found, in undergrowth, the court heard.

A post-mortem examination was unable to determine the cause of death due to the amount of decomposition that had taken place on the body, Ms Heer said.

However, examination of the torso showed it appeared to have been cut, and there were signs of assault on the body. A skull fracture suggested “significant impact by a blunt object very shortly before death”.

Ms Heer told the Old Bailey that Mitchell befriended the victim through church and had visited her on the day she went missing (June 11, 2021).

She told jurors: “Although they were friendly, the evidence suggests that they had recently fallen out over money.”

Shortly after 1pm that day, Mitchell was allegedly captured on CCTV, walking away from Ms Chong’s house holding two suitcases.

Ms Heer said: “The larger of the two was obviously very heavy and difficult to manoeuvre. It is the prosecution case that it contained the body of Mee Kuen Chong.”

It is alleged Mitchell then travelled to Salcombe with the suitcases on June 26 in a rented grey Volvo.

The vehicle she had rented was, the prosecution claimed, captured on CCTV driving towards the area where Ms Chong’s body would be found the following day.

Jurors were informed that Mitchell was born in Australia, and had studied human sciences at Kings College London. She went on to study osteopathy and her professional website states that as a result of her training is “attuned to subjects in neuroanatomy, genetics and dissection of human cadavers”.

After practicing in Australia for seven years, Mitchell returned to the UK in 2015, the court heard. At the time of Ms Chong’s death, Mitchell was said to be living with her mother in Brent, north-west London.

Ms Chong was described as vulnerable, with a history of mental health concerns.