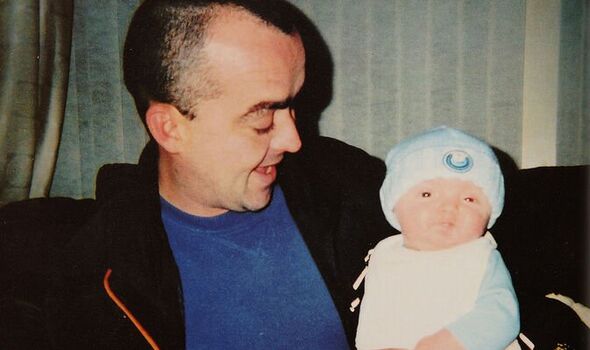 John Massey, 50, says he doesn’t want any more families to suffer the heartbreak he and Angela McGlynn, 51, did when their four-year-old son John-Paul was savaged by a pitbull. The horryfing attack happened 12 years ago but the couple say they still live with the grief.

Speaking today, John said: “I thought my son… was taken for a reason – that it would be the end of these dog attacks.

“But they keep happening. Seeing there is another one, it’s shocking and never-ending. I feel for the family so much. I’m scared it will destroy them, like it’s ruined me. I don’t want them to go through what I have.”

The dad has spoken out after a three-year-old was fatally attacked by a dog in Rochdale, Greater Manchester. Daniel Twigg was rushed to hospital on Sunday but died of his injuries, Mirror reports.

John, who has since split with Angela, continued: “Every day I go to the cemetery, I just want to stay there lying next to [John-Paul]. I just want to die to be with him. The sooner the better.

“If it wasn’t for my girls I wouldn’t be here today. They keep me alive.

“I live with what happened to John-Paul every day.

“I’m a hamster on a wheel. I close my eyes and I see him laid down in the condition we had to view him in, with bandages head to toe. I’m not the man I used to be.”

There have been 38 further dog bite deaths since John-Paul was killed.

John, who has two daughters in their mid-20s from a different relationship, wants the Government to take urgent action. He’s backed a Daily Mirror campaign calling for the government to update the Dangerous Dogs Act.

At the moment only four breeds of dog are banned – Dogo Argentino, Fila Brasileiro, Pit Bull Terrier and the Japanese Tosa. This list should be widened to make it illegal to own, breed or sell other dangerous types of dogs, the Mirror says.

The Mirror also wants to bring in a new law requiring owners to register certain breeds of dogs which could be potentially dangerous. Similar laws exist in France and Austria.

And it is campaigning for changes so that anyone wanting to own a potentially dangerous breed of dog should be made to attend a training course and the dog assessed for its behaviour.

John-Paul was at his gran’s home in Wavertree, Liverpool, in 2009 when he was killed by the pitbull owned by his uncle Christian Foulkes, who had recently left the city to join the Army, leaving the pet with his mum.

The dog attacked after John-Paul was given a crisp, inflicting 74 injuries to the boy’s head and neck.

Foulkes, then aged 22, served eight weeks in jail after admitting owning an illegal breed of dog.

John-Paul’s mum Angela, who is Foulkes’ sister, thinks the Dangerous Dogs Act needs to be expanded and should include mixed breeds too.

She said: “When I see other children have been attacked, it breaks my heart. I don’t want anyone else to have to live my life.

“It’s horrific. He was a special boy, I’ve been robbed of an angel.

“I miss him so much. We thought the dog was a pedigree American bulldog. We discovered he was 10% pitbull after he was put down.”

Seeing there is another one, it’s shocking and never-ending… I live with what happened to John-Paul every day

Angela, a mum of two, also thinks a full DNA test should be provided to those buying dogs to prove they are getting pure pedigrees.

“People selling dogs need to be Kennel Club-registered or have a pet shop licence,” Angela, from Woolton, Liverpool, added.

“There needs to be a huge crackdown on illegal breeding.

“Each breed of dog has a different temperament, and people are mixing two or more personality types together and they are creating monsters.”

Angela began a campaign shortly after John-Paul’s death to try to tighten dangerous dog controls and for all dogs to be muzzled around children under 12. But she has not actively campaigned in the past five years because she felt nothing had changed.

Fighting back the tears, Angela said: “I’ve got photos of him everywhere and I can still hear his voice.

“He used to hug you so tightly, it felt like you were being strangled. He’d plant a big kiss on you and I can still feel that.”

John, a former painter and decorator, said: “My daughter got married a couple of weeks ago and John-Paul should have been with us. I had a weep.

“It’s terrible to know someone is going to go through the same as I am.

“I’m a mess. I put the brave smile on for everyone but deep down I’m totally destroyed. When I hear of another dog attack I know everything they are going to go through until the day they die.

“I agree with the Mirror campaign but I also think a law should be established that no child can be left alone in a house with a dog in.”