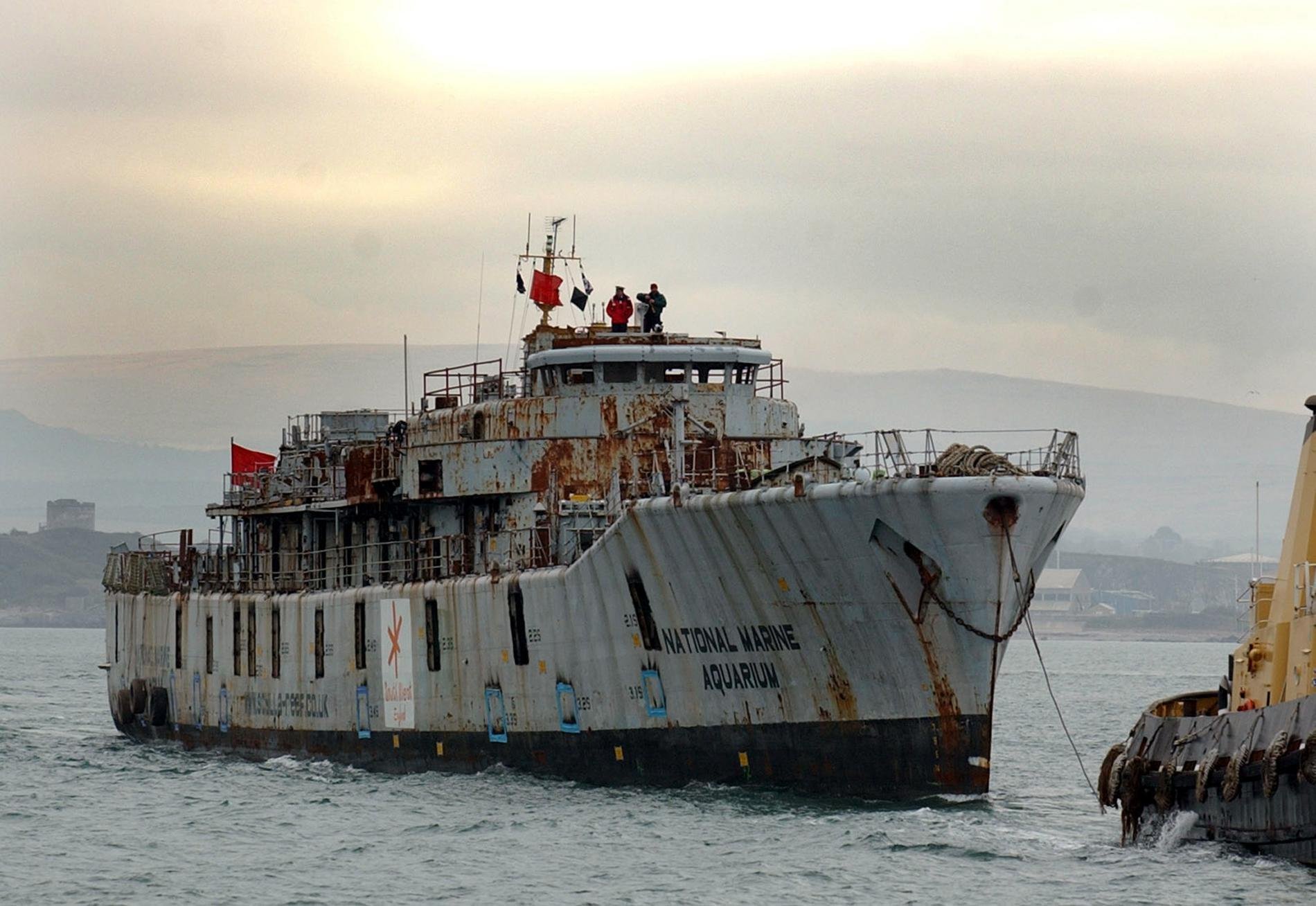 Two experienced divers died when they ran out of air during an expedition of the ‘most dangerous’ part of a sunken warship, an inquest has heard.

Mark Gallant, 49, and Andrew Harman, 40, became lost and disorientated in the engine room of the Leander class frigate HMS Scylla, off the coast of Cornwall.

Plymouth Coroner’s Court heard the pair were exploring the wreck but failed to resurface.

A third diver, who managed to escape the ship stuck 30 metres under water, recalled following the two men into deck three of the warship.

Adam Dent, who has 400-500 dives behind him, stressed this was the ‘most dangerous’ part of HMS Scylla.

As time went on, the visibility became worse and the group ended up in a dead end.

‘I could not see the exit and became totally disorientated. The visibility dropped as it silted up,’ he said.

‘At this point I lost sight of Mark and Andrew as the silt was really, really bad. The visibility was zero.’

Mr Dent did bump into his companions again but as his air was running out he came across a small exit and he carried out an emergency ascent.

He raised the alarm with the dive boat who then contacted the coastguards.

The diver told the boat skipper that his two companions were trapped in the engine room, but their bodies were not recovered until several weeks later.

A pathologist said she could not confirm their cause of death but said on the balance of probabilities they had drowned when they ran out of air.

Mr Harman’s dad Michael said he had served on an almost identical warship.

He said the engine room area is ‘cavernous and it is easy to get lost in there in normal usage, navigating it is a very precise skill’.

‘I don’t wish to stop people’s fun, it is a lovely site to dive, but is dangerous to penetrate,’ the distressed parent said.

His warning comes after the court was reminded that two other divers died in the wreck also due to disorientation in a silted compartment back in 2007.

The vessel had its top chopped off and holes cut into the side to allow divers to swim through the hull.