Matthew Webb, 38, received a fixed penalty notice for placing a bag of jackets and warm coats in front of a full charity donation bank in Kent. CCTV captured the dad-of-two leaving the bag beside the Dartford council charity bin on February 28.

Mr Webb, who works as a leisure centre manager, said: “I drove to the clothes bank to drop off a bag of clothes to donate to the registered charity.

“The bank was full and therefore I placed the bag of clothes at the front, purely safe and visible for the charity collectors to come and collect.

“On Saturday I received a letter from Dartford Borough Council, issuing me a £400 Fixed Penalty Notice charge and an image of me for fly-tipping. 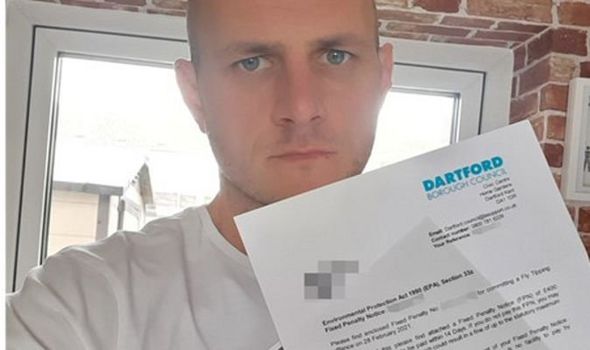 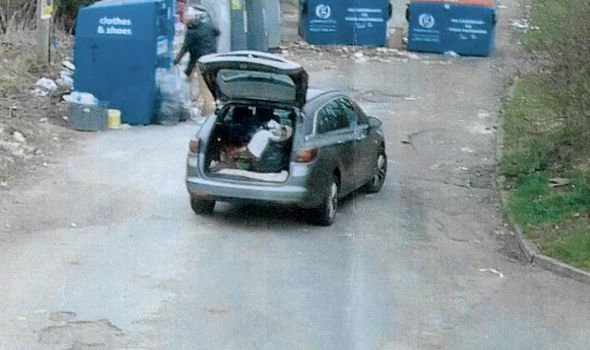 “I was distraught as I have always donated old clothes to charity, and I have never fly-tipped in my life and never will.

“Not to mention the bag was visible and safely placed right in front of the bin and not on a lay by like most fly-tippers.”

Mr Webb said that he has contacted Dartford council and they insisted that he needs to challenge the fine with a written appeal.

Mr Webb added: “It was a mixture of various jackets that were just too big for me. I got them from a local freecycling social network group and thought they could go to a good cause. 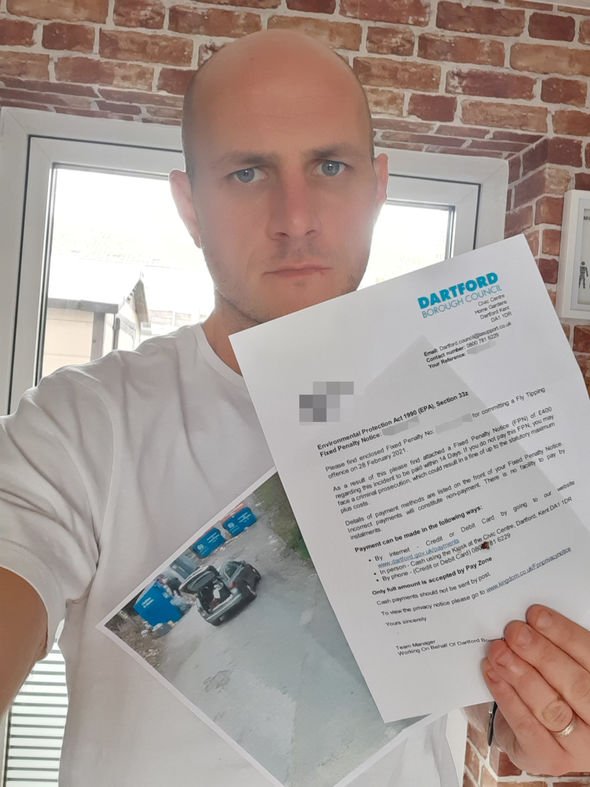 “It was great that the donation bank was full up, but it didn’t seem like a problem to leave it by the side.

“I tried calling the council on Monday and they said that any dispute has to be in writing. I’m now expected to wait seven days.”

Mr Webb says he is now wary about donating clothes in the future: “During this tough time, people’s mental health is at risk and this has really increased my anxiety levels, as I’ve been furloughed for over a year.

“It is not fair that the council can treat people like this.

“I understand fully that they need to prosecute people who tip beds, fridge freezers, paint pots etc, but surely not actual items that charities would appreciate immensely?”