Olympics: New gender equality committee to be set up 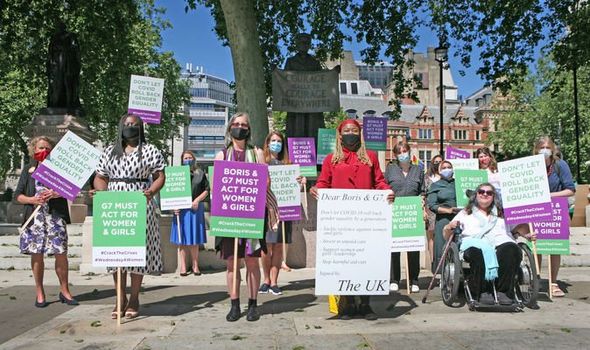 Baroness Sugg said: “As hosts of the G7, the UK Government has an opportunity to ensure the summit delivers for women and girls here in the UK and around the world.

“We are calling on countries to take action to invest in women and stop the roll back on women’s rights.

“Women and girls around the world need more support, not less.”

Dozens of charity leaders also signed the letter ahead of the G7 summit in Cornwall starting tomorrow.

Campaigners presented the Government with nearly 70,000 signatories who have called on the UK and G7 to act for females.