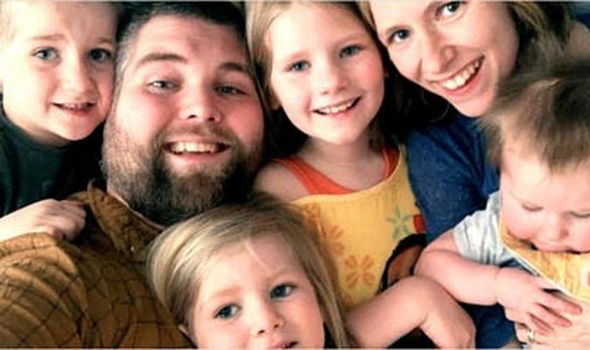 Four-year-old Amelia Powell and her brother Simeon, six, were rushed to hospital following the collision with a lorry – but Amelia died from a severe head injury within an hour. Simeon clung on until the following morning when he was pronounced dead. Their dad Josh and 18-month-old sister Penny survived with critical injuries.

Mum Zoe, 29, was driving the family’s Subaru people carrier when it collided with the lorry on the A40 between Oxford and Cassington at 10pm on October 12. She and the couple’s eldest Phoebe, eight, were pronounced dead at the scene, Oxford coroner’s court heard.

The 56-year-old lorry driver involved, who suffered minor injuries, is cooperating with the police investigation and there have been no arrests.

Yesterday, Oxford coroner Darren Salter opened and adjourned until March the inquest into the deaths of Zoe and her three children, describing the crash as a “tragic case”.

In a statement from the John Radcliffe Hospital, Oxford, Josh, 30, said: “I had been blessed with four wonderful children, whose thirst for life and hunger of adventure kept me busy but in the best possible way.

“As I look to an uncertain future, I reflect on the fun that we had as a family, with feelings of sadness that it was cut so short.

“There are many battles to come and I thank everyone who has stood by me and Penny thus far.”

The couple, who ran their own construction company, had recently faced tragedy when they “lost everything” in a fire at their home.

A crowdfunding page set up by a colleague of Mr Powell’s has raised more than £150,000.