Like other right-wing populists, from Britain and Brazil to Poland and Germany, Mr. Orban was still coming to grips with the defeat of populism’s flamboyant standard-bearer in the White House. The Hungarian leader acknowledged that a victory by Mr. Trump was his “Plan A.” There wasn’t really a Plan B.

While Mr. Trump’s defeat is a stinging blow to his populist allies, its consequences for populism as a global political movement are more ambiguous. Mr. Trump, after all, won more votes than any American presidential candidate in history aside from Mr. Biden, which attests to the enduring appeal of his message.

The economic, social and political grievances that fed populist and xenophobic movements in many countries are still alive, and indeed, may be reinforced by the ravages of the coronavirus pandemic. Social media continues to spread populist ideas, often cloaked in conspiracy theories designed to sow doubt about the scientific facts behind the virus or the legitimacy of the electoral process that brought about Mr. Trump’s defeat. 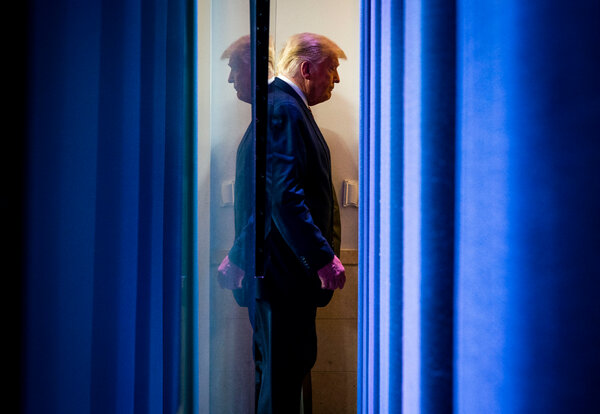 “It’s arguably the most consequential election in our lifetime, but I would be very cautious about a mood swing toward believing populism is finished,” said Timothy Garton Ash, a professor of European studies at Oxford University.

“In general,” he said, “all such extreme mood swings are mistaken, and specifically, more than 70 million Americans voted for Trump.”

Moreover, some of these leaders are likely to be able to exploit the aftereffects of the pandemic — from chronic unemployment and insecurity to soaring public debt and racial tensions — even if they themselves worsened the problems by playing down the threat of the virus and politicizing the public-health response.

Some tried to pivot quickly to the new political reality.

Prime Minister Boris Johnson, whom Mr. Trump once referred to as “Britain’s Trump,” spoke by phone with Mr. Biden on Tuesday, telling him he looked forward to working with the United States on “shared priorities, from tackling climate change to promoting democracy, and building back better from the coronavirus pandemic.” That last line was a reference to a slogan from Mr. Biden’s campaign, also used by Mr. Johnson’s government.

For all the talk of a populist wave that swept the world after Britain’s Brexit vote in June 2016 and Mr. Trump’s election five months later, experts point out that the populist and far-right movements in Germany and other European countries always had their own roots that were distinct and predated the Anglo-American variety.

Their fortunes have waxed and waned, largely independent of Mr. Trump. In France, the right-wing leader Marine Le Pen suffered a crushing defeat by Emmanuel Macron in 2017, at a time when the American president was riding high. Now, with Mr. Macron beleaguered by the pandemic and deeply unpopular, polls suggest that Ms. Le Pen is poised to make a comeback in elections scheduled for 2022.

In Italy, where Mr. Trump’s former chief strategist, Stephen K. Bannon, once dreamed of opening an academy to train populist leaders in a converted monastery, the far-right parties built their political base by opposing migration from the south, a phenomenon that predated Mr. Trump and will outlast his presidency.

“Trump gave these parties legitimacy,” said Fabrizio Tonello, a political-science professor at the University of Padua. But he said the president’s unyielding manner and winner-take-all style never had much influence in Italy’s messy politics, where the premium is on deal-making and compromise.

In Germany, Mr. Trump’s complicated legacy was evident in how the main rightist party, Alternative for Germany, dithered over how to treat Mr. Biden’s victory. While some lawmakers parroted Mr. Trump’s false claims about the vote counting, party leaders quietly congratulated Mr. Biden after the vote was called.

Some interpreted the more conciliatory tone as a recognition that Mr. Trump’s defeat was also a defeat for the polarizing politics of the German party, which has seen its popularity hover around 10 percent in recent surveys.

“All of those who focused on a politics of polarization around the globe have suffered a setback,” said Hans Vorländer, a professor of political science at the Technical University Dresden. “It is a very clear signal.”

Others, though, are more skeptical. Populism in Europe is a homegrown phenomenon, they said, so while populist leaders could point to Mr. Trump as a kindred spirit while he was in office, their fortunes were not directly tied to his.

“Trump was more or less irrelevant for populist and right-wing movements in Germany and Europe,” said Norbert Röttgen, a Christian Democratic politician who is vying to succeed Chancellor Angela Merkel as leader of the party. “For that reason, his defeat will not affect them in a fundamental way.”

Conspiracy theorists and the movements they have spawned — like QAnon, which has taken root in Germany — will also be unmoved by Mr. Trump’s defeat, according to some experts, because his allegations of fraud simply give them another opportunity to spin the situation to their advantage.

“The wonderful thing about conspiracy theories is that they are non-falsifiable and impossible to refute with facts,” said Anna Grzymala-Busse, a professor of politics at Stanford University who specializes in populism.

Where Mr. Trump will continue to cast a shadow, Mr. Röttgen said, is in how the United States engages with the world. Immigration, the great-power rivalry with China, suspicion of foreign entanglements, and doubts of the value of alliances — all these themes will continue to drive debates over the country’s foreign policy.

In Brazil, President Jair Bolsonaro, a retired military officer who dined with the president at his Palm Beach, Fla. estate, Mar-a-Lago, modeled his response to the pandemic on Mr. Trump’s — disdaining lockdowns and face masks, and endorsing an anti-malaria pill that was ineffective and dangerous.

Mr. Bolsonaro mimicked Mr. Trump in making unsubstantiated allegations of voting irregularities, which he said were to blame for him having to compete in a runoff election in 2018. Political scientists in Brazil said they viewed Mr. Trump’s refusal to concede his electoral loss as a dangerous precedent.

In Hungary, Mr. Orban made no secret of his preference in the U.S. election.

“We root for Donald Trump’s victory,” he wrote on Nov. 3. While the ballots were being counted, his cabinet posted a message saying, “We supported Donald Trump, whereas Joe Biden has been supported by George Soros,” the billionaire financier who is the perennial subject of conspiracy theories on the right.

When Mr. Orban finally congratulated Mr. Biden on Sunday, it was for his “successful presidential campaign,” not for winning the White House. He went on to wish Mr. Biden “continued success in fulfilling your responsibilities.”

The departure of Mr. Trump will make life more difficult for Mr. Orban and other populists in Eastern Europe, said Andras Biro-Nagy, of Policy Solutions, a think tank in Budapest that has tracked Mr. Orban for the past decade. But he questioned whether Mr. Biden would succeed in getting them to change their ways.

“For leaders like Viktor Orban, the easy days are over,” Mr. Biro-Nagy said. “The biggest challenge for them is that there will be more pressure and more attention on policies that went unchecked in the last four years.”

For example, he cited Mr. Orban’s expulsion of the Central European University from Hungary. Founded in Budapest by Mr. Soros, the school was forced to move the majority of its operations to Vienna. Mr. Biro-Nagy said it was “unprecedented” that the State Department did not intervene in the situation.

“Orban could get away with policies that hurt American interests,” he said. “The big question for me, is how important will Hungary or Poland be to the new U.S. administration? At least this open support will cease to exist.”

To some experts, the greatest significance of Mr. Trump’s defeat is not how it will change the populists but whether it will embolden those who oppose them. In countries like Hungary, where the democratic system has been corroded almost out of recognition, the vanquishing of Mr. Trump could serve as a beacon.

“It shows them it really is possible to get rid of the populists,” Professor Grzymala-Busse said.