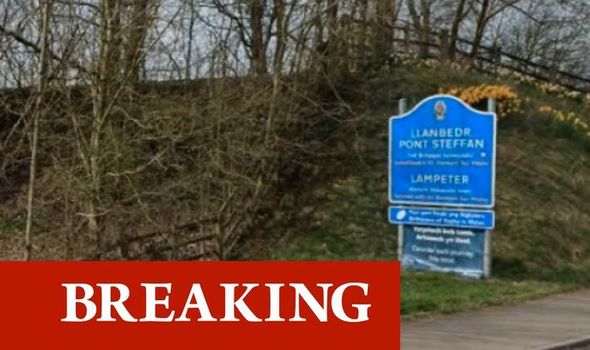 Officers rushed to an address in Lampeter, Wales, following reports of the animal attack. Emergency services were said to have tried to save the man’s life, but he tragically died at the scene.

A woman has since been arrested in connection with his death on suspicion of being in charge of a dog that was dangerously out of control.

Three dogs that were involved in the incident have been taken away by officers.

A Dyfed-Powys Police spokesperson said: “We are currently investigating the circumstances surrounding the death of a man at a property in Lampeter.

“Officers were called just after 5.00pm, Monday, January 10, to a report that a man had been bitten by dogs resident within the household.

“Sadly, a man in his 60s passed away at the scene.

“A woman was arrested on suspicion of being in charge of a dog dangerously out of control.

“She has been released under investigation pending further police enquiries.

“The three dogs involved did not fall under the Dangerous Dogs Act 1991 and have been removed from the property.”

The Welsh Ambulance Service were also contacted for comment.