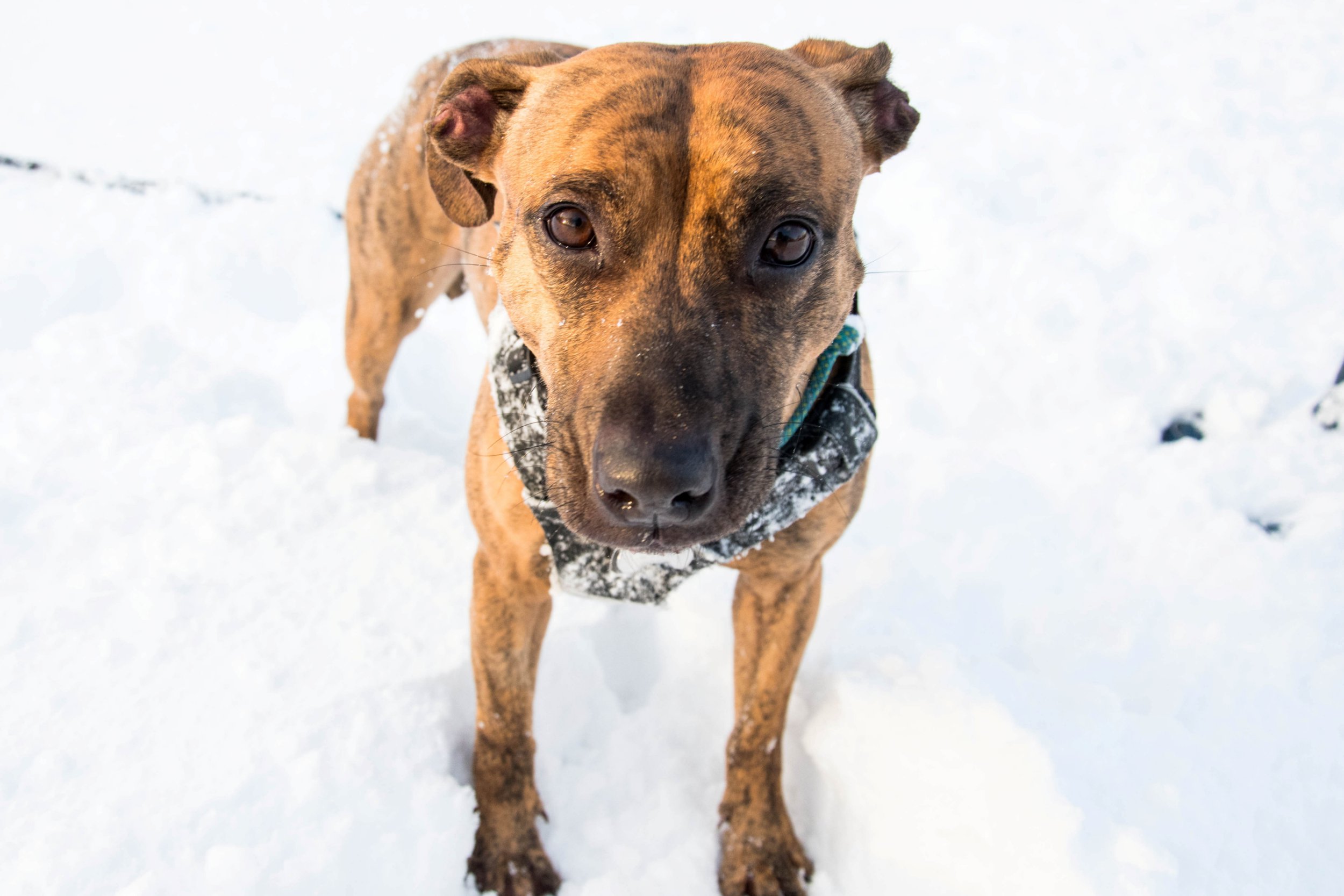 A naughty pooch nearly died after it wolfed down homemade decorations it stole off the Christmas tree.

Staffie-cross Teisha, aged eight, needed emergency treatment after she snatched six of the festive sat dough decorations off the tree.

Her owner, Jane Gardiner, from Livingston, West Lothian, noticed something was wrong when Teisha got bloated and started drinking loads of water.

Mum-of-two Jane and husband Dave, got Teisha as a rescue five years ago and said they have to be extra cautious as she’s prone to eating anything left around.

But Jane said some of the salt dough decorations – made from flour, salt and water – were hanging too low down on the tree last year and Teisha was able to nick them.

She rushed the pooch to vets where medics said she could have died from the dangerously high level of sodium in her blood.

Jane is now backing vets’ calls for families to make extra sure their pets stay away from festive hazards – and said she won’t be making salt dough this year.

Jane said: ‘I’d made them before and Teisha hadn’t bothered so I didn’t even think there would be an issue.

‘I hung them quite high on the tree, but I think my daughter may have put some lower down.

‘Teisha started drinking loads of water, emptying her bowl every time it was filled up and wanting out for the toilet.

‘When I realised she’d eaten all the salt dough, I knew that was really bad and we needed help fast.

‘When we were told her sodium levels were sky high and felt it was touch and go, we were really tearful.

‘We were worried we might not get our dog back and we didn’t sleep until we were told that while she wasn’t totally off the hook, it was looking better.

‘We’ve been even more careful to keep her in a different room to anything the kids are playing with that might be a hazard.

‘And we’re certainly not making salt dough this year.

‘I’d definitely urge every pet owner to be extra careful at Christmas.’

Vet Kerrie Lovett said:’ ‘Christmas poses all kind of dangers for pets in the home and even something as seemingly harmless as homemade decorations could be deadly.

‘Dogs are opportunists and will eat almost anything, so you should always seek veterinary advice as early as possible if you are concerned.’