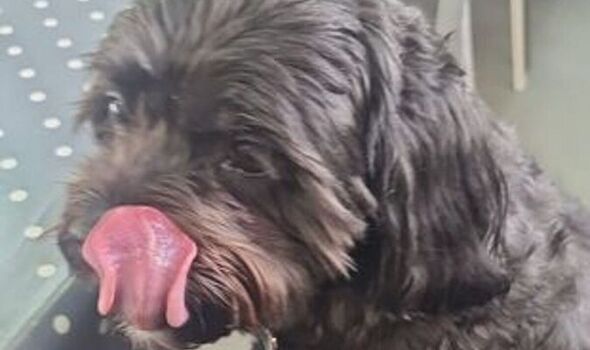 Tony and Tina Wray are warning dog owners after their beloved pup Morgan was attacked by an English pitbull. The couple said their dog is lucky to be alive after the pitbull mauled the family dog in front of their sister-in-law who was carrying her nine-month-old baby in a communal garden space in Hull. But it is thought police are unable to do anything because English Pitbulls are not a banned breed.

Together with nearby workmen and Tony’s mother-in-law, the couple managed to pull the pitbull off their 12-year-old Shih Tzu-poodle cross but it was left wounded.

Pictures show the small pup with open wounds after Tony and Tina took him to the vet and reported the incident to the police.

But, Tony said, because the dog is not a banned breed, police were unable to take action and instead told its owner to keep it muzzled during walks, Hull Live reports.

Tony said: “We had left Morgan with my mother-in-law because me and my wife work full time

“My sister-in-law was visiting at the time and was out in the garden with her baby.

“Unbeknownst to us, the neighbour has gotten herself a new dog. It broke free into the garden and attacked Morgan, ripping it all over the place.

“A couple of lads working nearby, as well as my sister and mother-in-law, had to pull it off.”

The couple said Morgan would “never be the same” but was on the mend.

Neighbour Paul Hardy was walking his wire cross terrier Max when we was attacked.

He told Hull Live the dog knocked him off his feet – sending his glasses flying – before launching itself onto Max and “ripping into him like a ragdoll”.

Paul said: “This lady was still on the other side of the road. I had to use all my force to pick it off my dog. When I picked it up, Max was still in its mouth.”

He added: “That dog at some point will kill somebody or something.

“It needs putting away or sending back to the place it came from.”