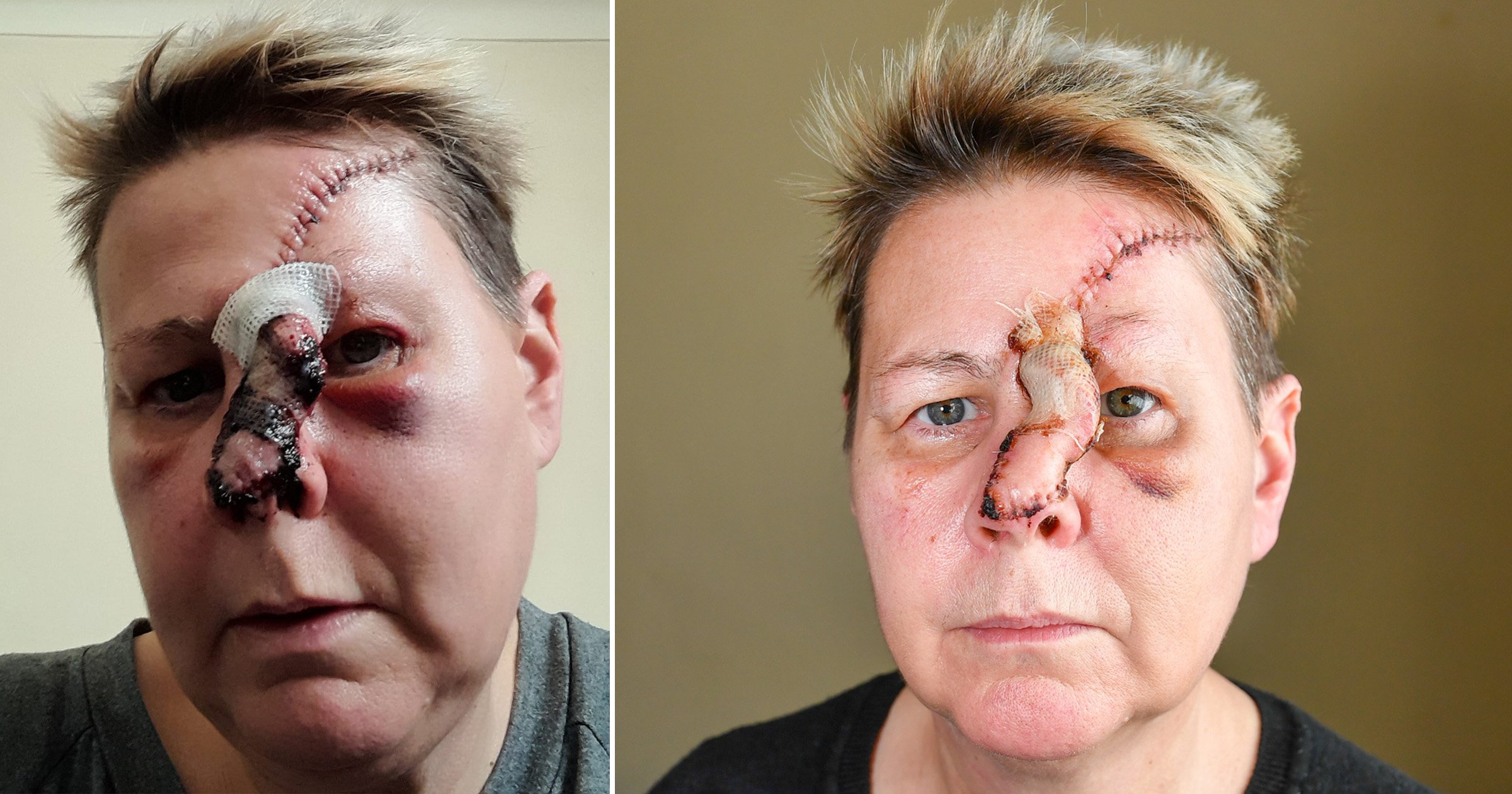 A woman may never have feeling in her face again after a dog mauled her nose on the street.

Sam Lodge, 53, loves dogs and often stops to say hello to them. So she didn’t think twice about going up to a Whippet-like cross near her home in Grimsby.

She asked the dog’s owner if her pet was friendly and bent down to stroke it when she said yes.

‘It was at that point the dog went for me, nothing like this has ever happened to me before,’ she told Grimsby Live.

‘At first, I just thought the dog had headbutted me and it wasn’t until I got home and washed my face that I realised exactly what had happened. It came as quite a shock.’

Her nose had been so severely bitten her cartilage was left exposed.

She went to hospital where she was told she’d need extensive surgery and 16 stitches. 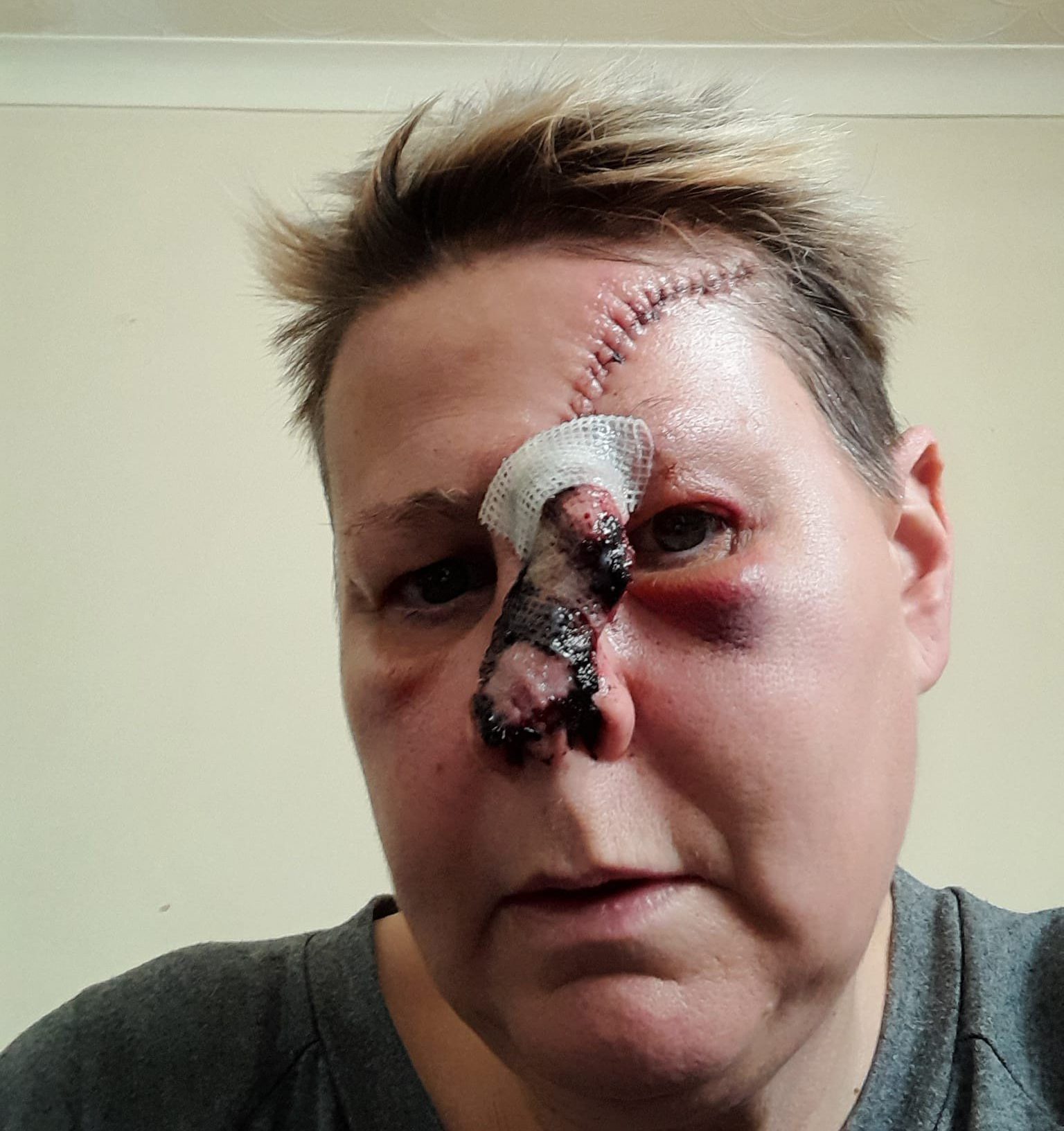 Doctors took a ‘flap of skin off Sam’s hairline’ and used it to cover up her nose. They also ‘twisted’ her nose to ‘help the skin take to it’.

Sam was told it would take 18 months, at best, for her face to heal, but there is also a chance she will never be able to feel her face again.

She has another operation in three weeks which she is hoping will help make her look ‘normal again’.

‘I don’t go out as much at the minute because it’s painful for me to walk around in the wind,’ Sam said. ‘If I’m honest, I’d like to turn back time.’

Police are trying to catch the woman, believed to be in her early 50s, who owns the dog.

Sam stressed she does not want the dog to be euthanised, she ‘just wants people to be more careful and tell people if their dog is not safe’.

‘If it was a little kid, there could have been much more damage – it clearly wasn’t safe,’ Sam said.

A lawyer who specialises in the Dangerous Dogs Act, Trevor Cooper, told Metro.co.uk that the owner could possibly be convicted for not keeping her dog under control.

If that happens, the only way the owner can keep her dog alive would be ‘to prove on the balance of probabilities that the dog would not constitute a danger to public safety’.

Officers are appealing for help to find the woman, describing her as: ‘Around 5’7″ tall, of slim build and in her early 50s wearing glasses, dark clothing and a hoody.’