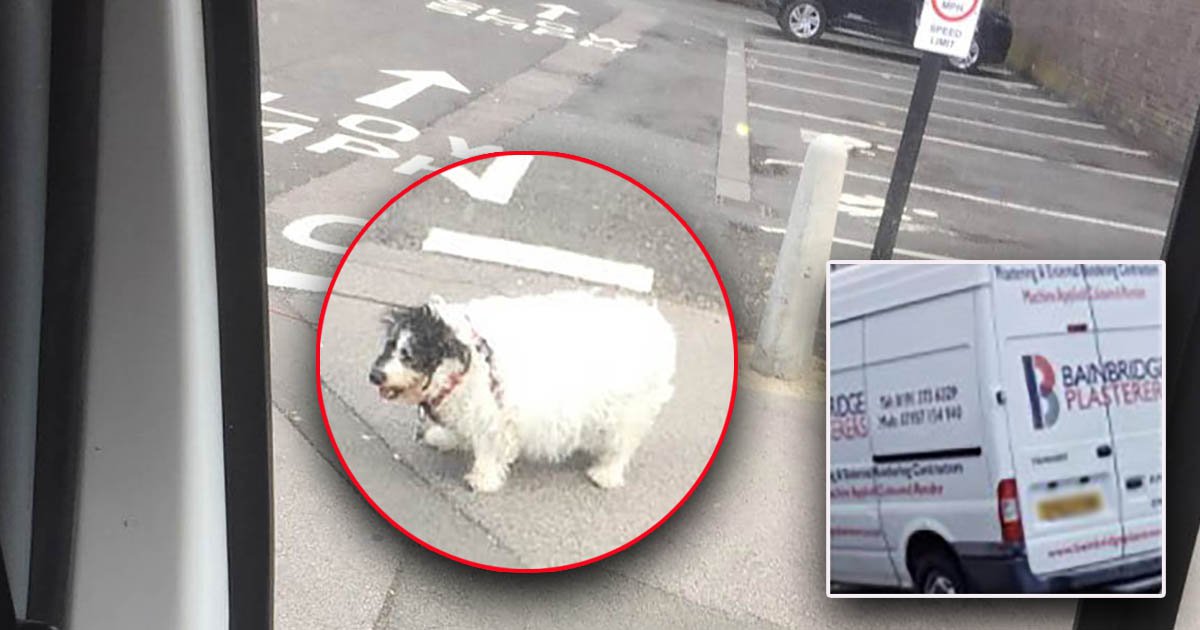 A surge in dog theft during the coronavirus pandemic has left many dog owners understandably on edge.

During lockdowns, lots of families filled their newfound free time with taking care of a new pet – which skyrocketed the country’s demand for puppies.

Criminals were quick to take advantage of this and started making money selling stolen dogs on the black market.

Multiple warnings have circulated on social media about dodgy vans and men claiming to be RSPCA officers, tricking owners into handing over their companions.

But one warning went hilariously wrong when it was revealed that a supposed ‘dognapper’ was just a plasterer who could not believe how fat a Jack Russell was.

Kyle Bridon told other pet owners in County Durham to ‘be careful’ of a man in a ‘suspicious’-looking van taking photos of his dog, Skye, on April 29.

But the next day Jack Brainbridge recognised his dad Brian, 57, in Kyle’s post and wanted to ‘clear up’ the issue.

He said Brian was taking a picture of Skye simply because she was so fat.

Jack wrote: ‘Right. Just to get things straight this is the dog me dad took a photo of yesterday so some dope spotted and decided to take pictures of me dad’s van and post it all over Facebook telling everyone to watch your dogs basically saying he’s going round pinching dogs.

‘He took the photo cos he couldn’t get over how fat the dog was.

‘He’s a plasterer not a dog pincher and if he was to go pinch a dog it wouldn’t be that fat lump.’

One person commented that the Jack Russell was actually a ‘sheep dog’.

And local Danny Taberner joked: ‘Be easy to find someone who would steal that dog, just find the bloke with his back in bits from trying to lift that chunk.’