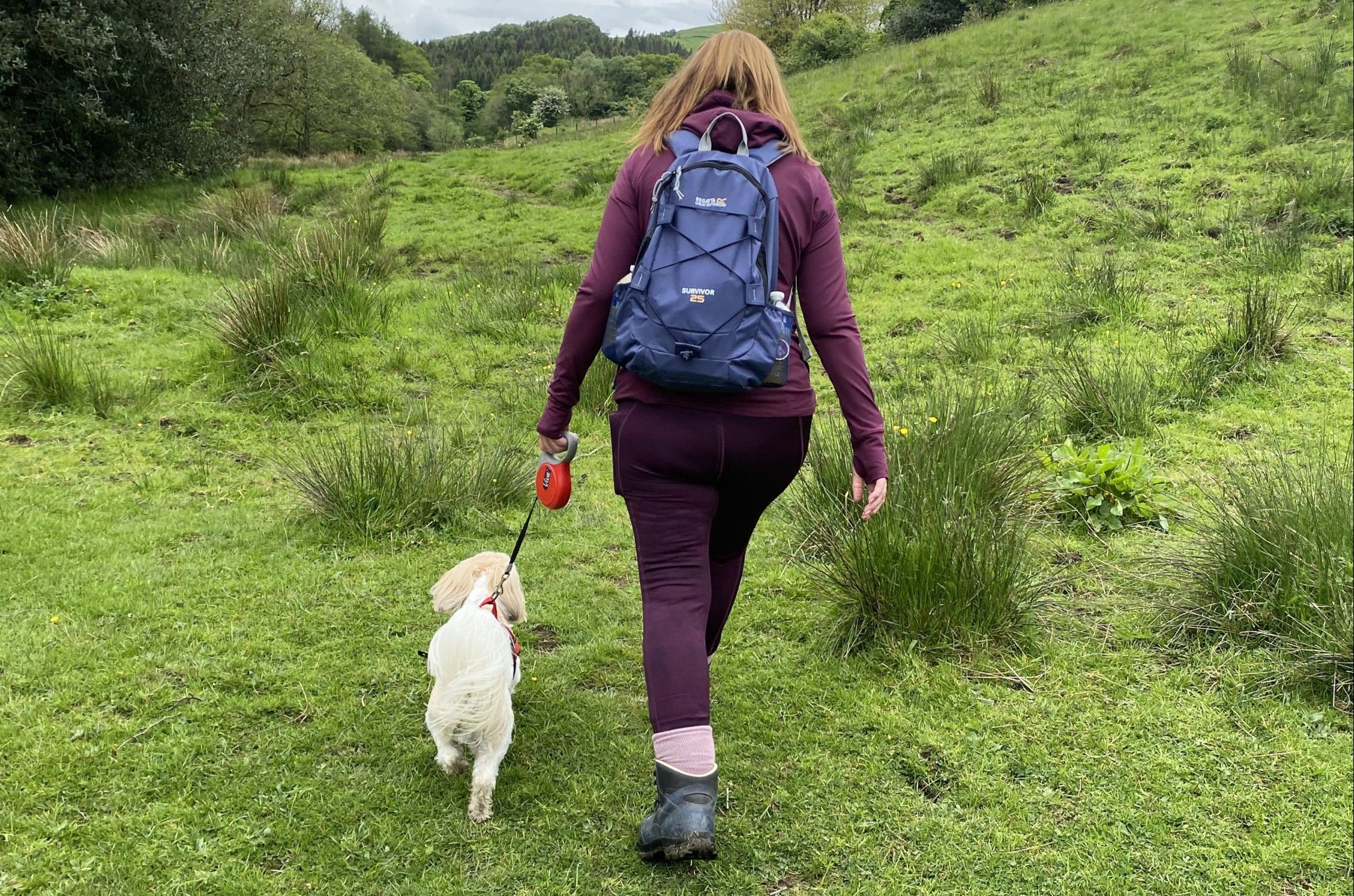 A dog walker was almost strangled and battered to death by a herd of rampaging cows.

Sharon Eley was crossing a public field with her friend and their two dogs when she was surrounded by 20 cows in the Pendle countryside, Lancashire.

Led by an agitated ‘ringleader’, the cows tossed her to the ground twice before repeatedly headbutting her.

The 51-year-old glamping business owner was almost garrotted when the strap on her leather bag wrapped around her throat, leaving her with a huge ligature mark commonly seen on hanging victims.

Sharon suffered a catalogue of other horror injuries, including 15 broken ribs, a punctured lung, a dislocated and shattered left ankle, a broken clavicle and severe bruising.

The five-minute onslaught only stopped when other walkers entered the field and distracted the cows.

After dragging herself to her feet for a third time, Sharon had a stand-off with one remaining cow who eventually backed down.

Sharon feared she’d die at the hands of the angry herd, and was forced to painfully crawl to the edge of the field and haul herself over a dry-stone wall to safety.

A mountain rescue team rushed to the field after her friend phoned 999, and she was taken to hospital.

Sharon underwent two surgeries on her ankle and a month later was finally allowed home in June.

Still on the road to recover, she is urging walkers to be aware of their surroundings so that if the worst should happen they can get help.

She said: ‘It was terrifying. I thought “oh my god I’m actually going to die by a cow attack, I’ve not done my will”.

‘They pushed me over, I was on my hands and knees and I didn’t know how to get out.

‘I was wearing a hard leather backpack handbag and they were hitting it. The next minute they’d snapped the arm off my backpack, that had gone round my neck and it was choking me.