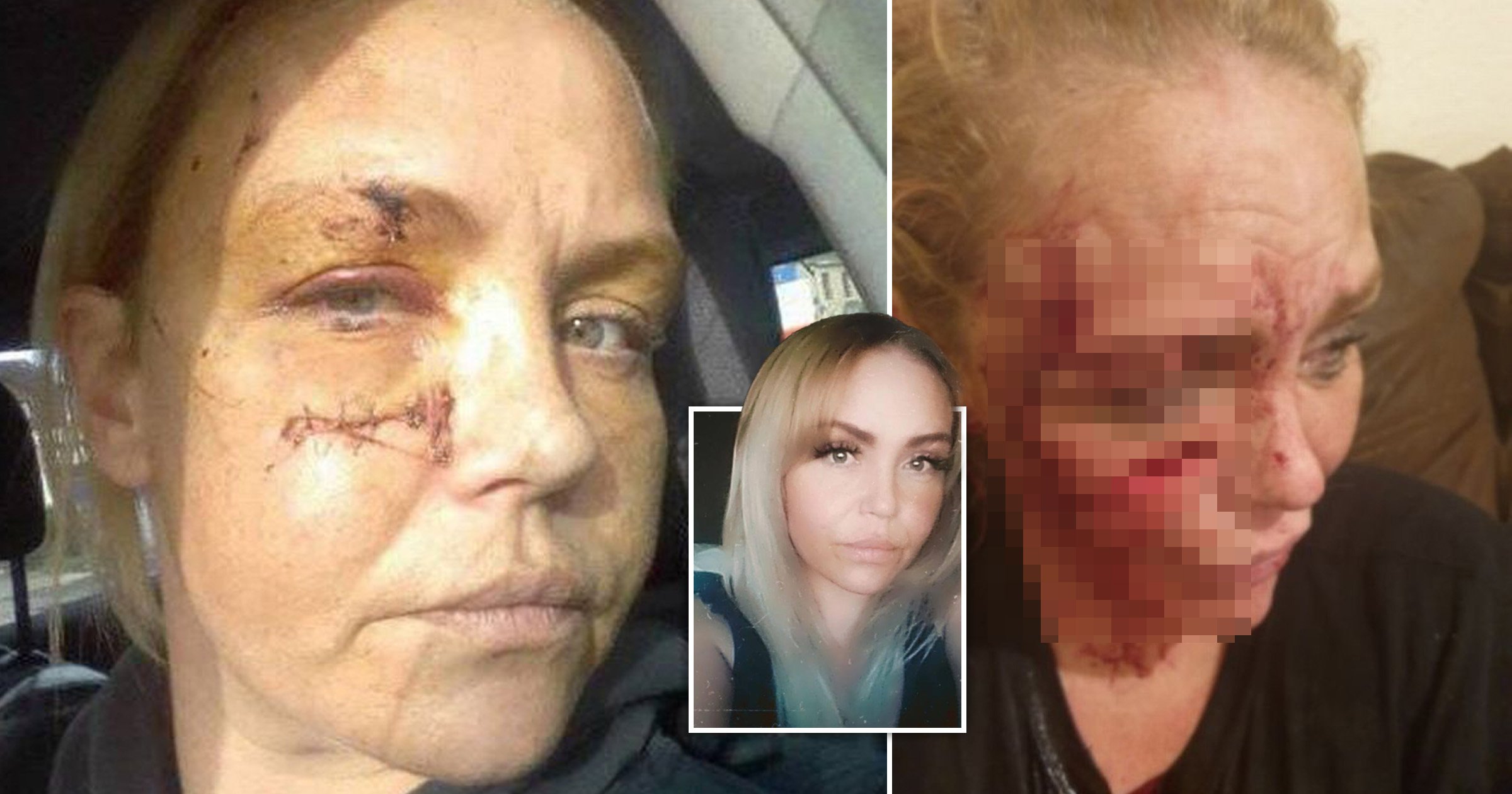 A domestic abuse survivor who had her face permanently scarred by her ex-boyfriend has spoken out to raise awareness.

Some 2.3 million people – the majority women – suffered domestic abuse in the year ending March 2020, according to the Office for National Statistics (ONS).

But even that shocking statistic only accounts for a small percentage of survivors, because the crime often goes unreported.

Leanne Gaskell, 37, has decided to share her horrific ordeal so other domestic abuse survivors do not feel alone.

During Ms Gaskell’s two-year relationship with Paul Cave, she said she feared he was going to kill her more times than she could count.

It was about a month into their relationship when Cave first slapped her across the face, and the violence continued to escalate until ‘it became normal to have bruises on (her) body from him’.

At one point, Cave kicked his partner in the back repeatedly until she broke her spine. Then he confiscated her phone and refused to let her go to the hospital.

She said: ‘When he did my back I couldn’t walk at all and he wouldn’t let me go to hospital.

‘My dad said he was coming round to see us and I had bruises on my face, so Paul brought make up to me so I could hide it from my dad.

‘I couldn’t stand up, I couldn’t move, I was sat on the couch in absolute agony.

‘Three days he left me like that until I finally got my phone and phoned an ambulance. He just wouldn’t let me out or go to the hospital.’

Things came to a head on October 25 last year when Cave headbutted and punched a wall in a drunken rage at Ms Gaskell’s Liverpool home.

She tried to calm him down but he called her a slut and broke a mug across her face – cutting her 5cm long and 2.5cm wide and permanently scarring her.

He then ran away, leaving his girlfriend to call an ambulance herself. When she was in hospital he came to say ‘sorry’ but he also threatened to ‘have her shot’ if she went to the police.

She was discharged from hospital with stitches on her face and went to stay with Cave and some friends in Mealing.

She bravely told him she was leaving him but that is when he ‘battered’ her, ripping all her stitches out.

A friend called 999 and Ms Gaskell finally cooperated with police, leading to Cave being sent to jail for four years on July 30.

Ms Gaskell said: ‘People say “why didn’t you just leave” and it sounds so simple because why would somebody rationally put up with somebody treating them like that? But it’s just so hard.

‘You’re trapped, you’re in it and you can’t get out, it’s like you’re brainwashed.’

Many charities have spoken out about how dangerous it is for someone in an abusive relationship to try and leave their abusers.

In fact, it is at this point that many domestic homicides take place. Around 41% of women killed by a current or former partner in England, Wales and Northern Ireland in 2018 had started to leave those men, according to Women’s Aid.

The organisation, and many others, offer personalised advice on how to leave an abusive partner safely.

Now that Cave, who has 22 previous convictions for 50 offences, is in jail, Ms Gaskell said she is looking forward to ‘getting her life back together’.

The facts: Domestic abuse in the UK

If you are in immediate danger call 999. If you cannot talk, dial 55 and the operator will respond.

For free and confidential advice and support for women in London affected by abuse, you can call Solace on 0808 802 5565 or email [email protected]