Zoe Dronfield, 44, who was battered and stabbed by Jason Smith with an 8-inch knife, said it was vital to toughen up the Bill. She wants proposed amendments which would mean domestic abuse offenders cannot slip through the net. Two women are typically killed each week through domestic violence across England and Wales. Zoe was stabbed just a millimetre away from her jugular vein and suffered a broken nose and cracked eye socket when Smith attacked her as she slept. He was jailed in 2015 for 14 years for GBH with intent and told he would serve at least 10 years.

After the publicity surrounding the court case, a further 18 women came forward with complaints against him – but Smith had never been red-flagged as a serial abuser.

Speaking yesterday Zoe said: “Women just want to be safe and don’t want to be abused any more. The statistic of two women a week being killed because of domestic abuse has not changed.

“It’s exasperating we have been campaigning for so long. We want to see action.

“No one goes into a relationship expecting to be abused. Women have to walk away from everything and go into a refuge.

“Smith was allowed to go from victim to victim until almost murdering me. I was not informed about him and he was not dealt with appropriately.” Zoe was with Smith for a year from 2013.

Problems began to escalate about nine months into the relationship when he started drinking during the day. 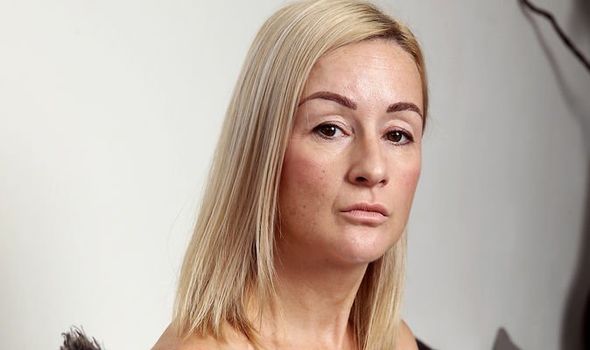 She asked Smith to leave but he refused. He bombarded her with hundreds of phone calls pleading to stay with her ahead of the near fatal attack in February 2014.

Zoe, of Coventry, said: “I went to bed and woke up to him attacking me – I had woken up to a horror movie. Smith kicked me across the bed, I was stabbed, I had a broken nose and cracked eye socket.

“He stabbed me in the neck one millimetre away from the jugular vein. He stabbed me through my left hand, the knife almost pierced the other side of the skin. I have damaged my shoulder, neck and chin. I lost two pints of blood – I am lucky to be here.”

She added: “I blacked out and when I came around my sheets were sodden in blood. Smith had a meat cleaver and was doing chopping actions towards his wrists.

“I managed to get downstairs as he had taken my mobile phone off me. I pressed 999 on the landline and had to throw the phone on the sofa. He took me back upstairs; I was pleading for my life.”

An ambulance arrived and took Zoe and Smith to hospital. Her ordeal, and that of thousands of other women, is why the Daily Express launched its End This Injustice campaign. 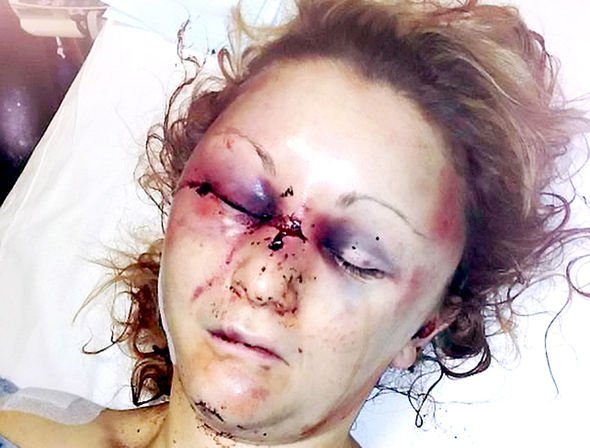 It has already led the Government to pledge to overhaul the family court system through the Bill.

Our crusade is also fighting to make as standalone offences non-fatal strangulation, threats to share intimate images and post-separation abuse. Ministers have vowed this will happen.

Zoe, who is an IT consultant in healthcare for Capita, discovered Smith had been moved to an open prison five years into his sentence and campaigned for him to be moved into a closed jail. She said it was key that plans to include serial domestic abusers under multi-agency public protection arrangements remain in the Bill.

She said: “My employers are backing me 100 per cent as they are responsible for tagging and they have written a letter to Boris Johnson to please include the victims within this process.

“The Bill drives culture change in the family court but how does it get filtered down to the police?

“There’s a huge need for training around domestic abuse.”

The Domestic Abuse Bill is due to return to the House of Commons on April 15.