Mr Cummings was forced to address claims he had threatened to quit his role as the chief adviser to the Prime Minister, by claiming the “rumours are invented” but maintained he aimed to leave his position by the end of 2020. It had been reported Mr Cummings was furious after the director of communications Mr Cain, who has been a long-term associate of his, stood down amid claims of “internal tensions at Downing Street”. Since Prime Minister Boris Johnson won the December election, demands that Mr Cummings – who masterminded the former London mayor’s victory – be axed have grown, from those on the Left and even those within the Conservative Party.

Tensions came to a head in the summer after Mr Cummings appeared to flout strict coronavirus restrictions while driving to Barnard Castle in Durham.

He managed to dodge the axe on that occasion, however his decision to make himself “largely redundant” by the end of the year will now see him likely move on.

It isn’t the first time Mr Cummings has been at the heart of a political coup to see him axed, as in 2016 the mastermind behind the Vote Leave campaign, which successfully helped the UK secure Brexit, nearly lost his job as campaign director.

At the time, it emerged that those inside the camp had become frustrated and upset with Mr Cummings’ well-known direct and uncompromising style. 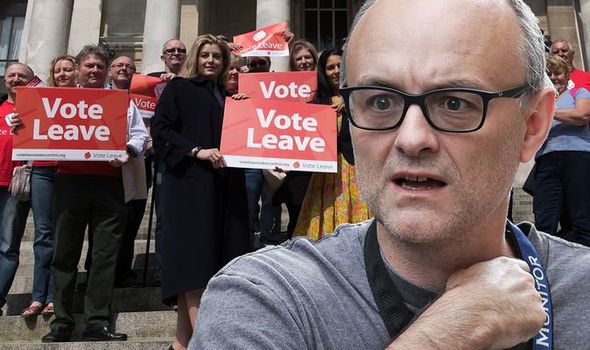 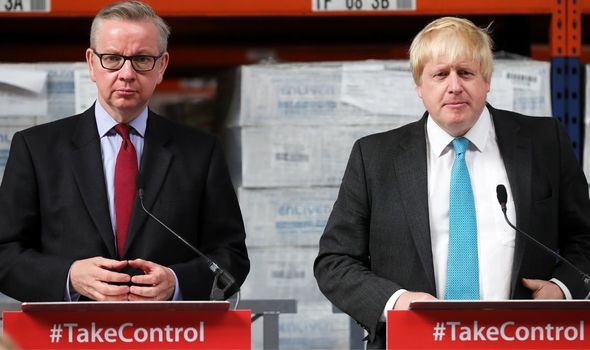 Tim Shipman, author of All Out War: The Full Story of How Brexit Sank Britain’s Political Class, described the encounter and how Mr Cummings cleverly managed to avoid the chop.

He detailed that Brexiteer Daniel Hodson had a meeting in January before the referendum, where he told Mr Cummings: “You’ve got to go.”

Even as he stared down the barrel of the gun, Mr Cummings still managed to secure his job by appearing to stage a counter-coup by alleging that Vote Leave staff would be outraged if he left.

Mr Shipman wrote in 2016: “In the classic outline of a failed coup, the plotters had sought to oust the president without first securing the support of the military and the civil service.” 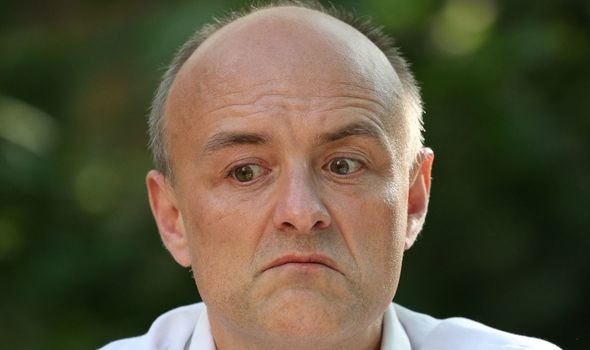 But Mr Cummings’ best move was still to come – as he promised to get Michael Gove to back Brexit, with the minister still on the fence as to which side to support.

The pair have had a long association, which stretches back to 2007, when Mr Cummings was first employed as an adviser when Mr Gove was working in the Department of Education.

According to Mr Shipman, upon hearing about the coup against Mr Cummings, Mr Gove rang round members of the Vote Leave team, claiming they “won’t have a chance of winning if you get rid of Dom”. 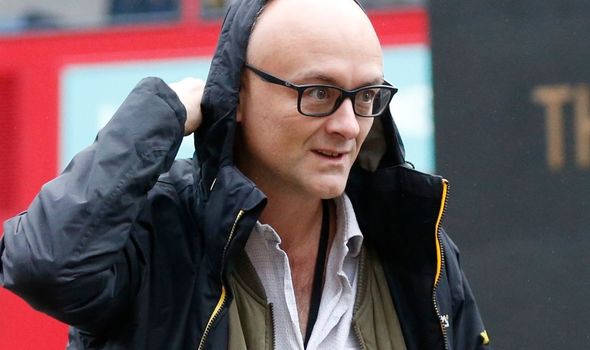 Mr Cummings reportedly said that by that point “Michael will be on my side and I’ll be able to wrap this s*** up”.

Chris Bruni-Lowe told Mr Shipman that Mr Cummings “played the Gove card” and told the group: “I can get you Gove.”

Mr Cummings secured his role and led Leave to a stunning referendum victory, which paved the way for the UK to leave the EU.