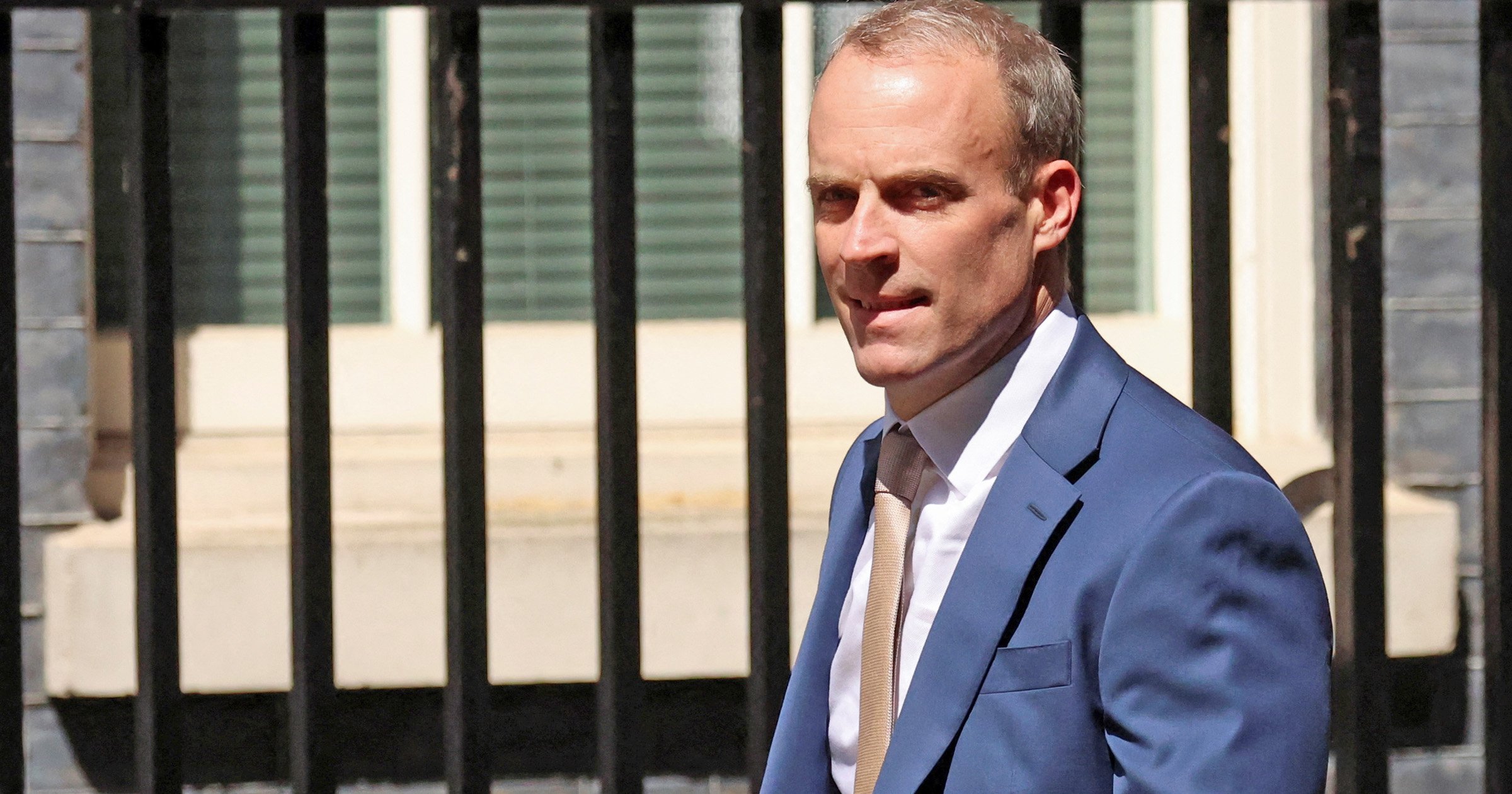 Dominic Raab is understood to have ruled himself out of the Conservative Party leadership contest.

The deputy prime minister is one of a handful of high-profile contenders to drop out of the running to be the next resident of Number 10, Sky News has reported.

Michael Gove, who was sacked by Boris Johnson last night, has also reportedly ruled himself out of the contest, the Daily Mail has reported.

As has Matt Hancock, who was forced to resign as health secretary in June 2021.

In the wake of Mr Johnson’s resignation earlier today, speculation has been rife as to who will put their name forward to replace him.

Attorney general Suella Braverman has announced that she will enter the leadership contest.

Grant Shapps, the transport secretary is understood to be seriously considering putting his name into the hat, Sky News reports.

While influential backbencher and staunch Brexiteer Steve Baker has also suggested he is toying with running.

Several other major figures in Cabinet are also tipped to join the competition to replace Mr Johnson.

In his resignation speech, Mr Johnson said that he had agreed with Sir Graham ‘that the process of choosing that new leader should begin now and the timetable will be announced next week’.

That timetable, agreed by the 1922 Committee and Conservative Party HQ, will likely see a new Tory leader in place before the party conference in October.

It’s not yet known what the timetable to replace Mr Johnson will look like or how long the process will take.

The leadership contest normally takes place over two stages, if there are multiple candidates.

The Executive Committee of the 1922 Committee will determine the rules and procedures for how a contest will play out, alongside Conservative Party headquarters.

Those rules, as well as the timetable, are announced by the chair of the 1922 Committee.

The first stage sees the number of candidates whittled down, with a series of ballots.

The candidates with the lowest number of votes are eliminated and MPs are re-balloted until only two candidates are left.

For example, during the 2019 leadership contest to replace Theresa May there were 10 candidates in the first ballot.

Several rounds of balloting then took place until only Mr Johnson and Jeremy Hunt were left, with Mr Johnson going on to win.