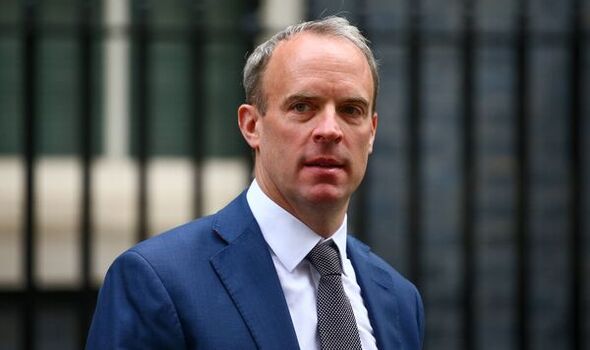 The Ministry of Justice (MoJ) has announced “ardent extremists” will be kept away from other prisoners from the start of their sentence, so they cannot get a “head start on spreading their poisonous ideology.”

Advocates of terror will be held in three special locations as part of a new crackdown on radicalisation. At present, frontline prison staff can only apply for offenders to be separated from inmates as a “last resort.”

The rules are intended to “ensure staff have the powers to act immediately to stamp out extremist activity whenever and wherever they see it.”

The MoJ is confident the upcoming Bill of Rights will ensure prisoners are not able to use the legal system to win access to other prisoners by claiming a “right to socialise.”

Justice Secretary Dominic Raab said: “With more terrorists being convicted and jailed for longer, we must prevent the most dangerous from radicalising the rest of the prison population.

So we are changing the rules to target the most dangerous offenders, so they can be sent directly from the dock of a court into one of our top-security separation centres.

“We also need to pass our Bill of Rights, to safeguard our ability to make these common-sense changes.”

It follows a review of terrorist activity in prisons by Jonathan Hall QC, the Government’s independent reviewer of terrorism legislation.

He warned prisons “must not be allowed to become a second opportunity for committed terrorists.”

He said that confidence would be shaken if “people enter prison only to come out more dangerous.”