Donald Trump could be ‘kingmaker’ in new party says expert

Mr Trump has recently been voted out of the White House and Joe Biden has become the new US President. Queen Elizabeth II is said to be “personally relieved” that she is no longer dealing with the controversial leader, although she must remain doggedly neutral in public. Royal expert Richard Fitzwilliams told Express.co.uk: “Given Donald Trump’s notorious unpredictability and the atrocious storming of the Capitol by a mob incited by him, she is likely to be personally relieved by Biden’s election victory and also by the subsequent swearing-in at the beautifully choreographed ceremony.”

He added: “As the world’s most experienced head of state, she will undoubtedly appreciate the importance of America having a President with so much experience, especially during the unprecedented crisis of the Covid-19 pandemic.”

However, these might not be the only reasons Her Majesty may be glad to see the back of Mr Trump.

The former President managed to break royal protocol in the same way on two occasions when meeting the Queen in London.

Usually when meeting the Queen, people bow or curtsy, but Mr Trump and former First Lady Melania shook her hand instead. 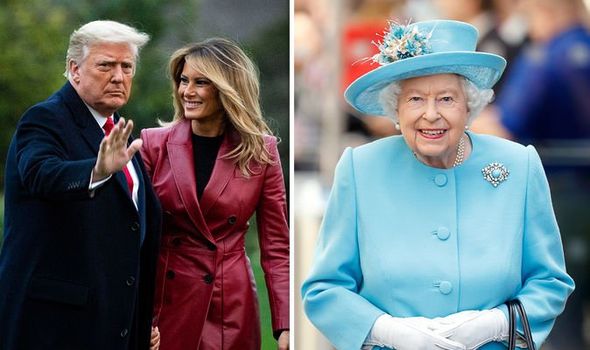 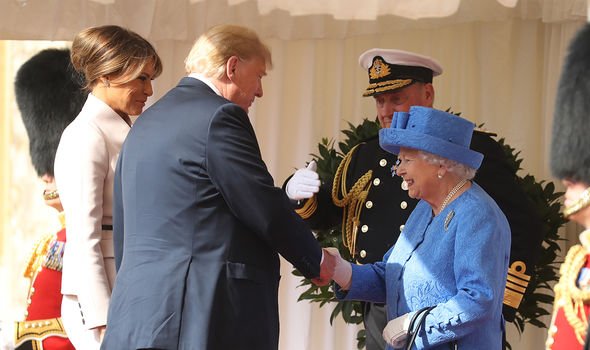 Mr Trump made this royal faux pas once during his state visit in 2019 and then again at a NATO reception in London last year.

They did the same when meeting Prince Charles and Camilla, Duchess of Cornwall.

However, according to Anne Gearan of the Washington Post, an up-close view said the President “bowed slightly to greet the Queen” as he greeted the Queen at the NATO event in 2020.

According to the Royal Family’s official guidelines there are “no obligatory codes of behaviour” when meeting a royal, but there are certain traditions that are usually followed. 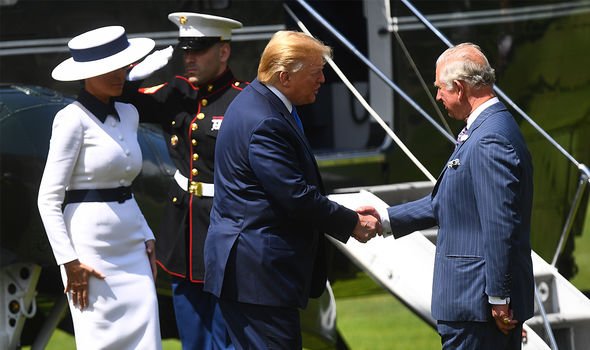 The website advises that “while some people prefer to shake hands in the usual way”, the traditional form of greeting for Her Majesty and other members of the Royal Family would be to bow or curtsy.

It adds: “For men, this is a neck bow (from the head only) whilst women do a small curtsy.

“Other people prefer simply to shake hands in the usual way.”

It continues: “On presentation to the Queen, the correct formal address is ‘Your Majesty’ and subsequently ‘Ma’am,’ pronounced with a short ‘a’, as in ‘jam’. 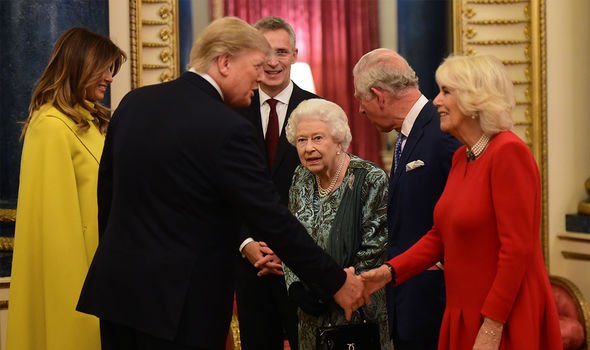 “For male members of the Royal Family, the same rules apply, with the title used in the first instance being ‘Your Royal Highness’ and subsequently ‘Sir’.”

This rule is even followed by other members of the Royal Family while greeting the Queen in public.

Kate, Duchess of Cambridge and Meghan, Duchess of Sussex were pictured curtsying to the Queen and Prince Philip during a Christmas Day service in Sandringham three years ago, while Harry and William bowed their heads.

A year ago, Princess Charlotte was seen curtsying to the Queen outside the church on Christmas Day, along with her mother Kate.

Even when someone does shake hands with a royal, they should not offer their hand first, but wait for it to be initiated by the royal, according to an etiquette expert.

Yet, footage of the greeting at the NATO reception shows Melania extending her hand towards the Duchess of Cornwall.

The expert also explained that there are a certain number of times the hands should shake and that there is also a correct position for the hand to be in while shaking.

Prince Charles’ former butler Grant Harrold told Insider that “you should never offer your hand to shake ‒ wait for then to initiate the handshake”. 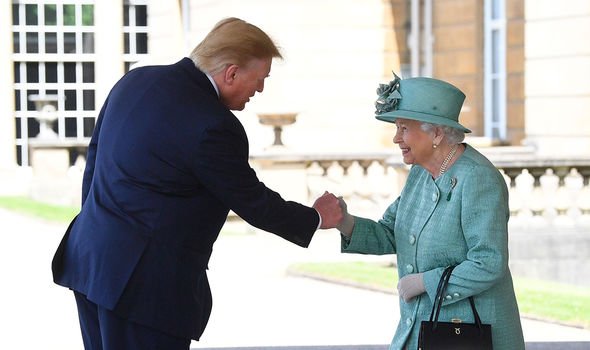 He added: “A royal handshake should consist of two to three pumps, with your palms open and thumbs down.”

According to White House protocol documents from the Ford administration, the Queen does not always expect Americans to bow or curtsy to her.

The guidelines read: “The Queen does not expect Americans to curtsy or bow, especially in an informal situation.”