Donald Trump ‘should be convicted over riots’ says Morgan

Royal expert Richard Fitzwilliams told Express.co.uk that the Queen is likely to be privately relieved she will now be dealing with Joe Biden instead of Mr Trump. However, royal protocol means she must remain completely impartial publicly. The monarch, 94, met Mr Trump, 74, on several occasions in London, including a state visit two and a half years ago.

Mr Trump and his wife, former First Lady Melania Trump, were treated to a state banquet at which the former President was pictured talking to the Queen.

After the meeting, Mr Trump claimed to have given the Queen the “best fun” she had in 25 years ‒ that is the years she was aged 68 to 93.

In those 25 years, the Queen marked some huge occasions including her Golden and Diamond jubilees, the weddings of five of her grandchildren and the births of eight great-grandchildren. 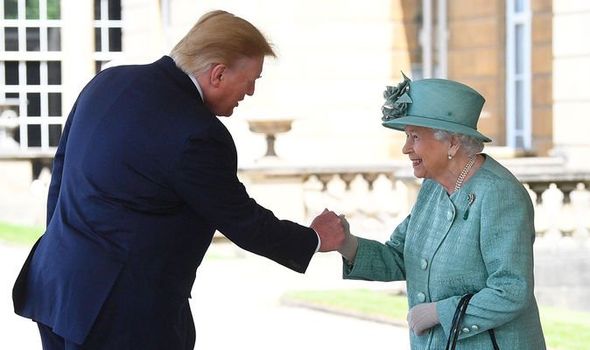 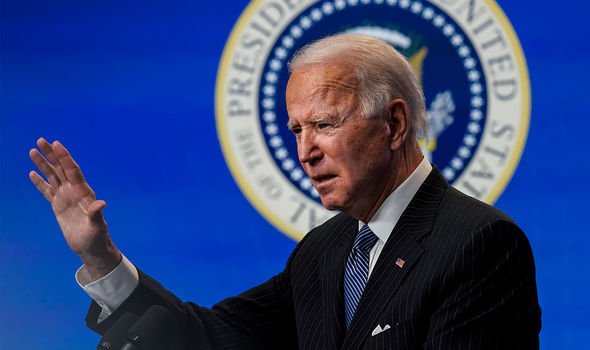 Yet, the property tycoon insisted that her time with him was the most fun, citing what “her people” had allegedly told him.

He told Fox News’ ‘Fox and Friends’ during a phone interview: “I have such a great relationship, and we were laughing and having fun.

“And her people said she hasn’t had so much in 25 years.

“Then I got criticised for it because they said we were having too much fun.” 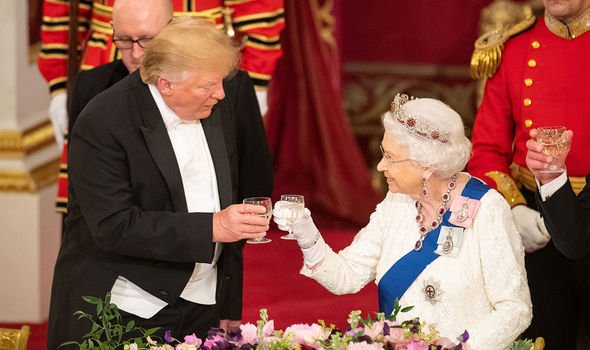 A Buckingham Palace spokesperson said Mr Trump’s claims were “not something we would comment on”.

Press coverage of the visit showed a formal but friendly relationship between the famously stoic Queen and controversial President.

In a Fox News interview from Normandy just after his trip to London, Mr Trump called Her Majesty an “incredible lady”.

He said: “I feel I know her so well and she certainly knows me very well right now, but we have a very good relationship also with the United Kingdom.” 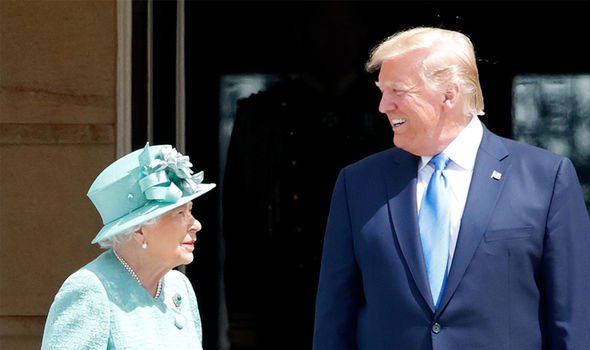 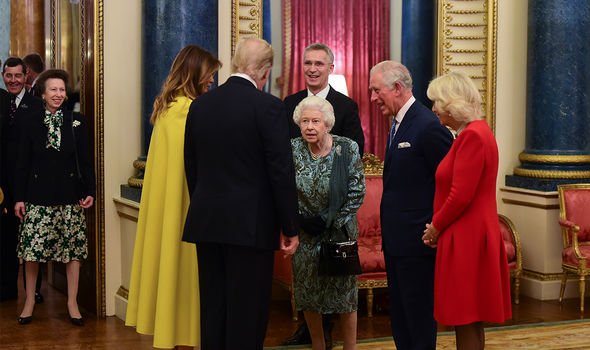 The Queen, who ascended to the throne in 1952, has met nearly every US President since Harry Truman.

She famously went horse riding with Ronald Reagan, planted a tree with George HW Bush and was shown to share a warm relationship with Barack and Michelle Obama.

The only President she never met was Lyndon B Johnson.

Previous to the state visit, the Queen had met the Trumps at Windsor Castle the year before.

When asked by Good Morning Britain host Piers Morgan at the time whether he felt she liked him, Mr Trump said: “Well, I don’t want to speak for her, but I can tell you I liked her. So, that usually helps. But I liked her a lot.”

Mr Trump has been out of the White House for nearly a week now and appears to have hunkered down in his Mar-a-Lago resort to lick his wounds.

However, he will be facing an impeachment trial in front of the Senate in the coming weeks and months.

Meanwhile, President Joe Biden has wasted no time in reversing a string of key Trump policies.

This includes the so-called ‘Muslim ban’ and the ban on transgender people serving in int he military.

He has also made sure the US joined the World Health Organisation and the Paris climate change accord.

Mr Biden has also halted the building of the wall along the US-Mexico border.

Mr Fitzwilliams told Express.co.uk: “Given Donald Trump’s notorious unpredictability and the atrocious storming of the Capitol by a mob incited by him, she is likely to be personally relieved by Biden’s election victory and also by the subsequent, dignified swearing-in at the beautifully choreographed ceremony.”

He added: “As the world’s most experienced head of state, she will undoubtedly appreciate the importance of America having a President with so much experience, especially during the unprecedented crisis of the Covid-19 pandemic.”