The European Council chief hinted he would be willing to continuously delay Britain’s departure in order to avoid a “chaotic, disorderly Brexit”. Addressing MPs at the EU Parliament, Mr Tusk urged the bloc to ready for no deal but said such a scenario “will never be our decision”. He told MEPs: “The situation is quite complex following events over the weekend in the UK and the British request for an extension of the Article 50 process.

“I am consulting the leaders on how to react and will decide on the coming days.

“It is obvious that the result of these consultations will very much depend on what the British Parliament decides or doesn’t decide.

“We should be ready for every scenario. But, one thing should be clear, as I said to Prime Minister Johnson on Saturday: A no-deal Brexit will never be our decision.”

Mr Tusk accepted Boris Johnson’s request to delay Brexit despite the Prime Minister opting not to sign the letter. 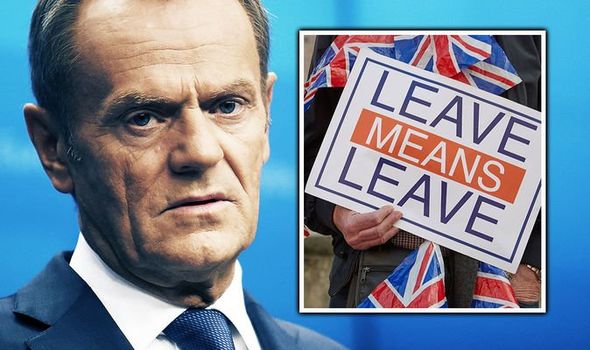 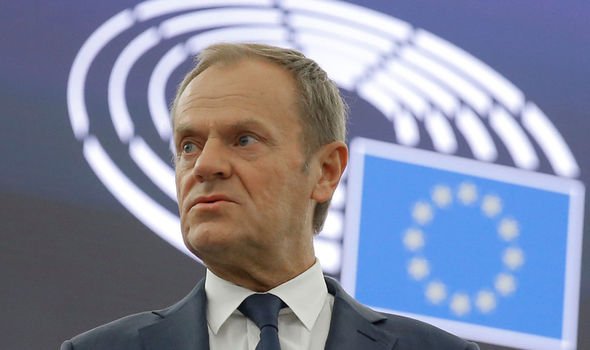 The EU Council chief has now passed Boris Johnson’s new Brexit deal to the EU Parliament to win its consent.

But senior EU leaders have urged MEPs to delay the ratification process ahead of today’s knife-edge sitting of the Commons.

Jean-Claude Juncker, the EU Commission’s president, insisted that Brussels and Strasbourg should only make its decision after MPs in Westminster.

He said: “In the same spirit we have done everything in our power to prepare the EU for all eventualities irrespective of what is happening on the other side of the channel.

MUST READ: Nigel Farage rages at Brexit deal for ‘reducing UK to colony’ 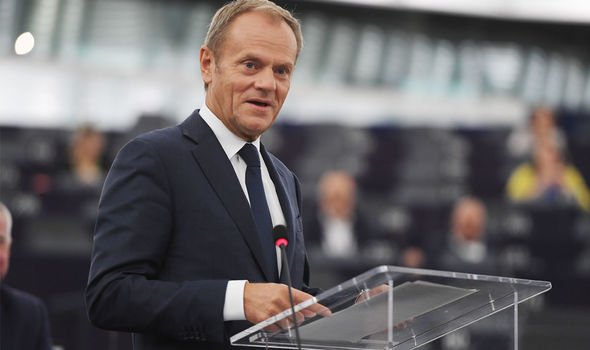 “We need now to watch events in Westminister very closely but it is not possible, not imaginable, that this parliament would ratify the agreement before Westminster ratifies this agreement.

“First London – then Brussels and Strasbourg.”

Guy Verhofstadt, the EU Parliament’s Brexit co-ordinator, said the institution should wait until MPs and the House of Lords have all signed off on the deal. 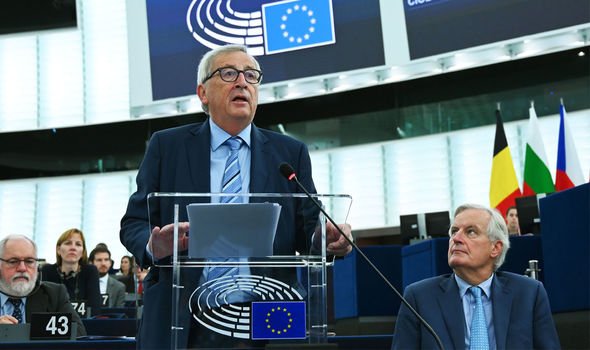 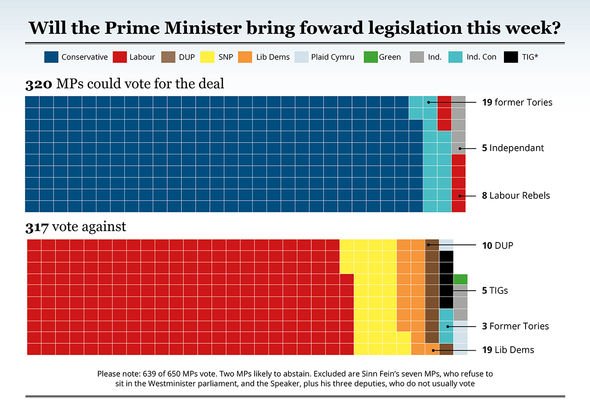 “The consent procedure in this house will only start after the full ratification by the side of the United Kingdom,” he told fellow MEPs.

Mr Johnson now faces a crunch vote on his Brexit deal as MPs decide whether to fast-track the pact through the Commons.

A rejection of the the Prime Minister’s desired timetable by MPs could scupper chances of Britain leaving the EU by October 31.

MPs will start debating the 110-page withdrawal agreement bill, which was published for the firs time last night.

The Labour Party have signalled they are prepared to abstain in the vote on a second reading of the bill.

If the bill is passed, MPs would have less than 24 hours over three days to scrutinise the legislation.

Commons leader Jacob Rees-Mogg said: “People who do not vote for the programme motion will not be voting for Brexit on October 31.”