Ms Mollard said: “We know that Harry is on the front foot with this, he talks about it openly, it helps a lot of people.

“I think it is a wonderful thing but to what extent he is going to go into we do not know.

“We know he is going to talk about walking behind his mother’s coffin at the funeral.

“He feels very strongly that he should not have done that.” 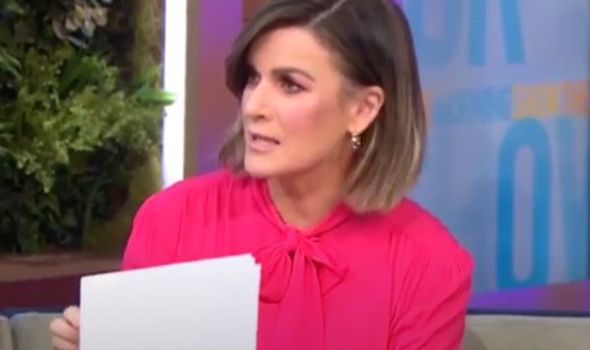 Ms Gillies replied: “Just on that point, that shot of Diana’s coffin, it is only a fleeting shot but they are using that in the promo.

“I actually have a real problem with that.

“Don’t use your mother’s funeral footage as a promo.

“I have a real problem with it.”

The royal commentator said: “I do totally see your issue with that, if you are going to complain about the attention then pull the attention back from you.

“That said it is his pain, he’s talking about his pain and other people are being encouraged to talk about their pain.”

Tim Davie, said: “Although the report states that Diana, Princess of Wales, was keen on the idea of an interview with the BBC, it is clear that the process for securing the interview fell far short of what audiences have a right to expect. We are very sorry for this. Lord Dyson has identified clear failings.

“While today’s BBC has significantly better processes and procedures, those that existed at the time should have prevented the interview being secured in this way.

“The BBC should have made greater effort to get to the bottom of what happened at the time and been more transparent about what it knew.

“While the BBC cannot turn back the clock after a quarter of a century, we can make a full and unconditional apology. The BBC offers that today.”

GB News’ Dan Wootton tweeted in response to the statement: “A day of shame for the BBC as it finally says it is ‘very sorry’ for the circumstances in which Martin Bashir procured Panorama interview with Princess Diana.

“Prince William and Harry are rightfully furious about what went on. Many will say this apology is two decades too late.”