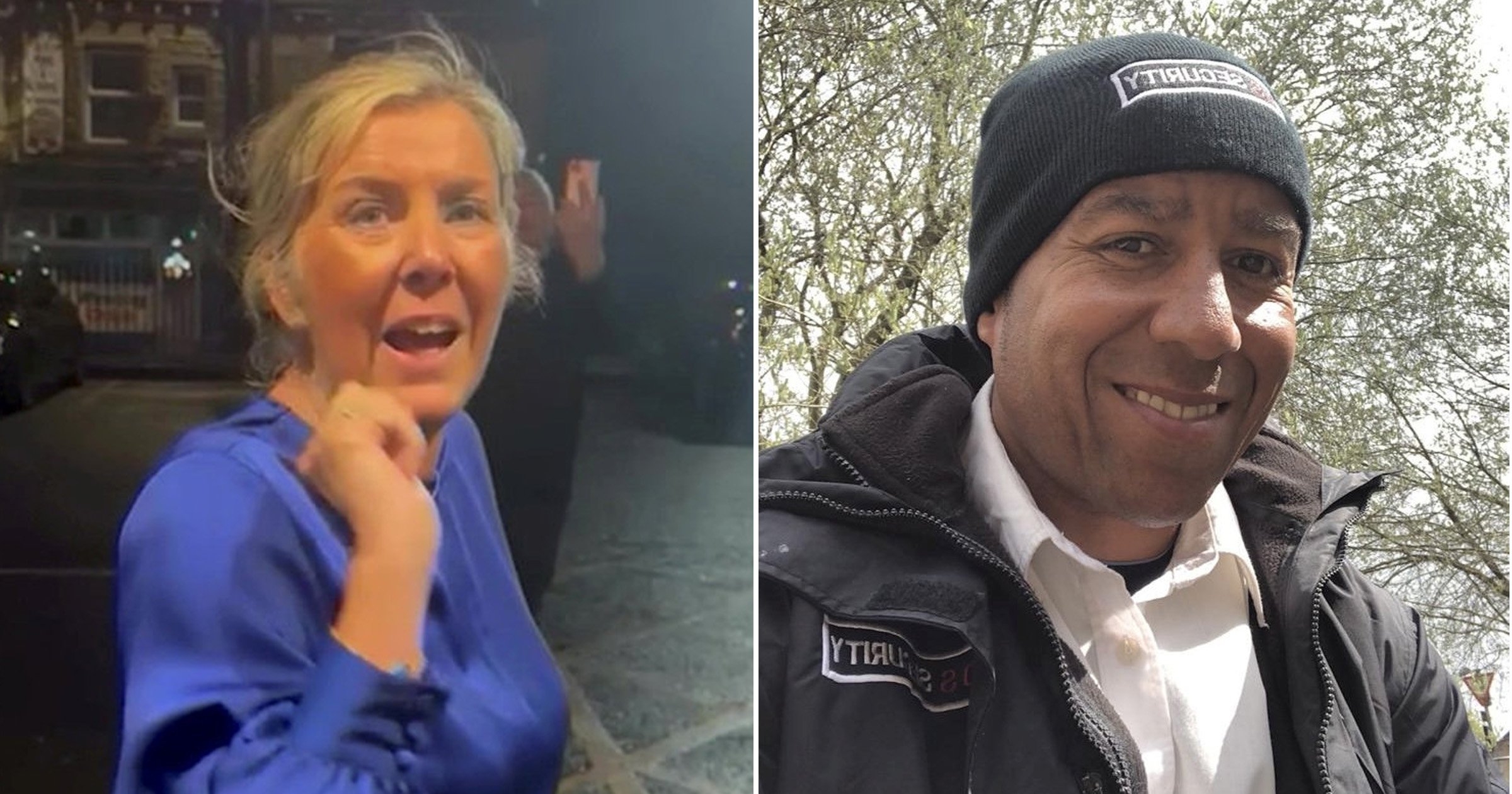 A doorman who was the victim of a mum’s racist rant has broken his silence – and says he hopes the culprit has learned her lesson.

Justine Morrison, 51, has been cautioned and lost her job after accepting responsibility for the ugly spat.

She was filmed calling doorman Dally Whylie ‘you black man’ outside a bar in Halifax, West Yorkshire on Friday.

In the video, she can be seen clapping her hands together in mock applause as she is ejected from the venue, and saying: ‘Oh my god you must be so proud. You’re working on a door.’

Morrison, said to be a mum and accountant, made the comments after being ejected from Vine Bar.

Speaking out for the first time following the incident, Dally, aged in his 50s, said he is glad there has been ‘consequences’.

He said: ‘In this day and age everyone should be getting on with each other – no matter your race or ethnicity.

‘Colour shouldn’t come in to any argument. I’m happy to see she is having to deal with the consequences for her actions.’

Dally, who has worked in security for over 30 years, claims Morrison began making racist comments and threw a drink in his direction after a row in the bar.

The dad-of-two posted the video of the incident on Facebook the next morning – where it was viewed thousands of times.

Dally said he’s happy to see Morrison get reprimanded – but admits the incident has weighed on him.

He said: ‘I feel down about it. It shouldn’t have happened in the first place.

‘Colour shouldn’t be brought up no matter what the disagreement is about and, to be honest, I don’t feel happy about the caution.

‘She should have got more punishment in the eyes of the law. But at least she has suffered some other deserved repercussions.’

Morrison is said to have worked at Shine Theatre Arts, from which she has since reportedly been sacked.

A spokesperson for Shine told MailOnline: ‘This is all really, really upsetting. I have been told by the police that I should make no comment about this. I can’t say any more.’

But Dally added: ‘I think it is in the best interests of everyone she was working with at the dance company that she [has been] dismissed from her role there.

‘I just hope she has learnt her lesson and will think more carefully before she opens her mouth in the future.’

A spokesperson for West Yorkshire Police confirmed: ‘A 51-year-old woman was arrested and interviewed in relation to an incident of causing racially aggravated harassment, alarm or distress which took place at Vine Bar, in Stainland Road, West Vale, Halifax on Friday 6 January.

‘She admitted the offences and received a conditional caution, as a criminal justice outcome with conditions.

‘This includes taking part in the restorative justice programme and accepting responsibility for her actions.’

The owner of Vine Bar, where the incident occurred, later confirmed she has been permanently banned from the venue.

A statement released by the bar read: ‘All the staff and management at Vine are truly appalled at the behaviour of the customer who racially abused our doorman last Friday evening.

‘This kind of behaviour towards our staff will not be tolerated.’