Harry and his wife Meghan Markle took part in a bombshell interview with Oprah Winfrey, which aired in the US on Sunday and in the UK on Monday. It has caused a stir all over the world, not least because of Harry’s comparisons between his current situation and his late mother’s – both of them ended up leaving their lives as working royals behind in a dramatic turn of events at around the same age. The Sussexes also discussed their future together in Santa Barbara, California, where they have put down permanent roots.

They are thought to have moved there to be closer to Doria Ragland, Meghan’s mother, who allegedly helps them raise their young son Archie.

The Duchess of Sussex has described Doria as her “best friend” in the past — and a source has claimed that the Duke is incredibly fond of her, too.

The source said that, following their tumultuous royal exit, Doria was “an absolute tower of strength” and “not just for Meghan but for Harry too”.

The source continued: “He obviously doesn’t have a mum whom he can turn to for advice but he has always been incredibly close to Doria and never more so than now.

“Harry has a huge amount of respect for her and for her judgement which is why he and Meghan have both spoken to her throughout about what they planned to do.”

They added: “She’s been the epitome of calmness throughout and both Meghan and Harry trust her and her judgement 100 percent.” 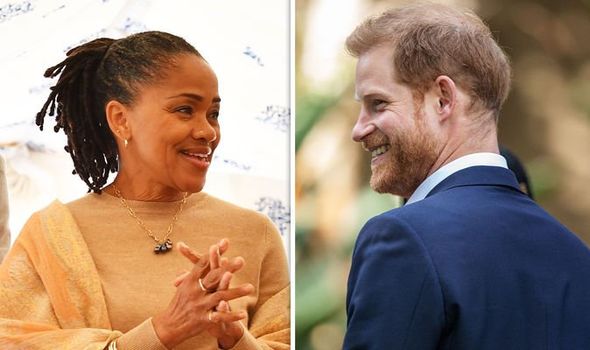 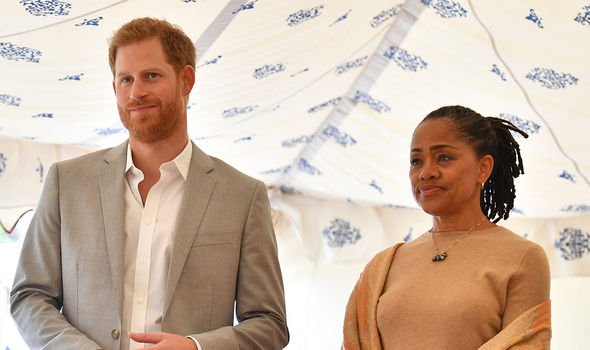 Speaking to The Sun, the source said Doria made it clear she would support them no matter what — but urged them that once they made their mind up, they could change it again.

They added: “Like any mother, Doria just wants her daughter to be happy.

“And that’s Harry’s number one priority too, which Doria can see.

“That’s why his relationship with his mother-in-law has never been stronger.”

Another insider also told the newspaper that Doria was reportedly “delighted” after the royals reached a preliminary agreement over the Sussexes’ exit.

They added that the California-based yoga instructor and social worker was “really worried about Meghan” before the Sandringham Summit and was “relieved her daughter is putting her mental health and wellbeing first”.

However, Harry has made it clear that the memory of his mother is always at the front of his mind. 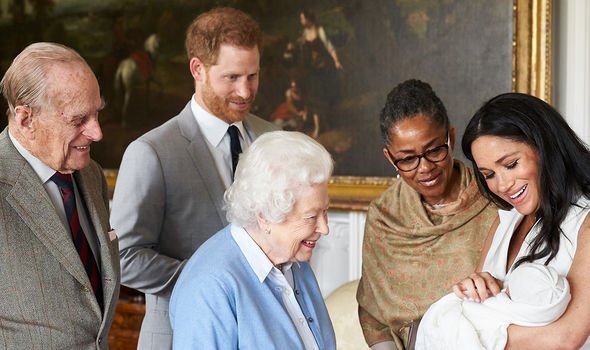 He told Oprah Winfrey: “Without that [Diana’s inheritance] we would not have been able to do this.”

He was believed to be referring to his new life with Meghan and Archie in a lavish home in California.

Harry added: “I think she saw it coming.”

The Duke then claimed, “I’ve certainly felt her presence throughout this whole process”, drawing the comparison between both his and his mother’s messy departure from the Firm once again.

He concluded: “For me, I’m just relieved and happy to be sitting here, talking to you [Oprah] with my wife by my side.

“Because I can’t begin to imagine what it must have been like for her to go through this process, by herself, all those years ago — because it has been unbelievably tough for the two of us, but at least we have each other.” 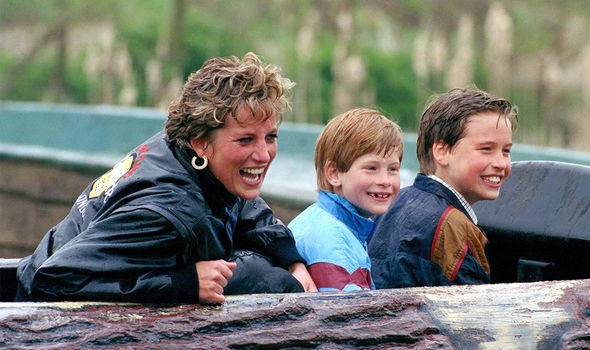 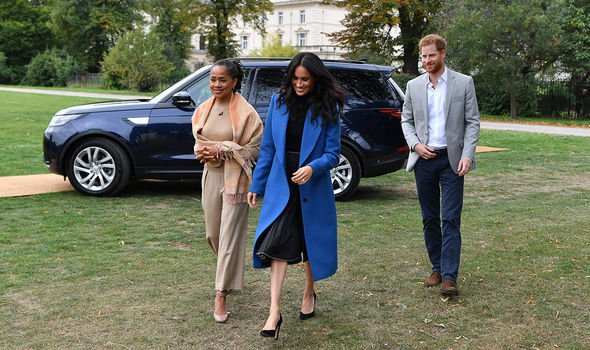 Harry also emphasised how he still has a close bond with his grandmother, the Queen, and that he has spoken to her frequently over the last 12 months.

He did not mention his stepmother, Camilla, Duchess of Cornwall, who is known to have had a difficult relationship with his mother.

Prince Charles started up an affair with Camilla just five years into his marriage with Diana.

His wife found out and, during her own bombshell interview from 1995, she famously claimed that there were “three of us in this marriage, so it was a bit crowded”. 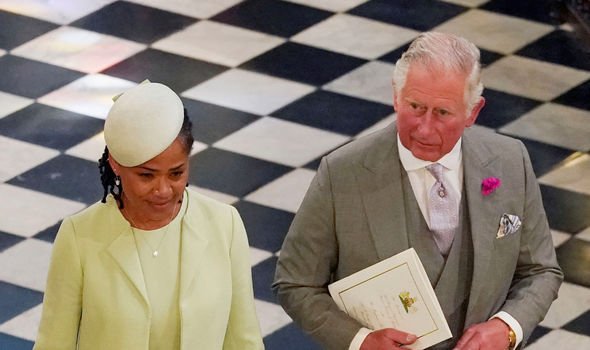 Charles wed Camilla in 2005, but she chose not to take Diana’s title as the Princess of Wales out of respect.

Despite this tricky background, the BBC reported that Harry only had compliments for his new stepmother after the wedding.

He said Camilla is a “wonderful woman, and she’s made our father very, very happy, which is the most important thing”.

However, he suggested in his bombshell interview with Oprah that his relationship with his father still had some way to go before it was restored in the aftermath of ‘Megxit’.