Meghan and Harry shocked the world when they announced their decision to “step back” from senior royal duties. Since then they have signed lucrative deals with the likes of Netflix and Spotify, making good of their promise to become financially independent. Their ties to the Royal Family remain firm and the planned 12-month review of what has been dubbed “Megxit” appears to have been cancelled as the current arrangements are “working”.

Royal expert Katie Nicholl said: “My understanding from the Sussex camp is that there has been communication with the Queen, Prince Charles and with Prince William as well. The general feeling is that this is working.

“’This isn’t to say that people are not watching closely what these deals are, what the couple are doing and what these projects are going to be.

“But there is not this need to have this review one year on.”

The couple’s decision to break from tradition divided opinion the world over but Meghan’s mother Doria had a far more straightforward, maternal, reaction. 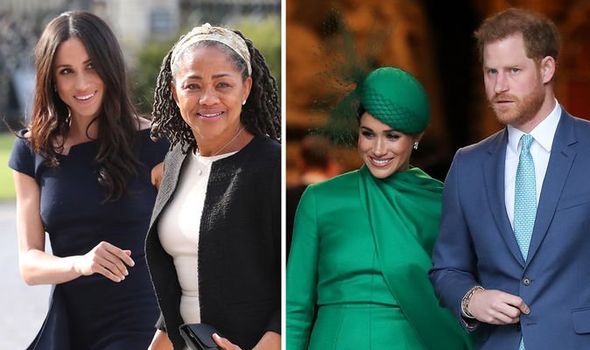 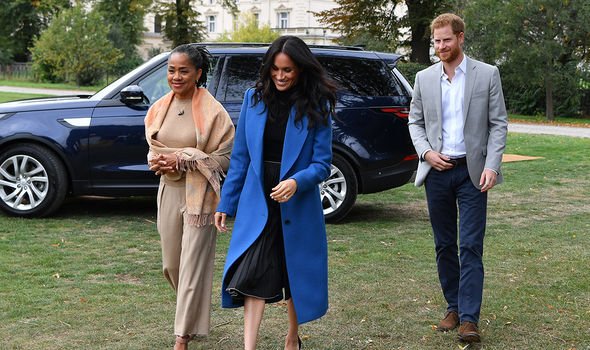 She was said to be “delighted” after the so-called Sandringham Summit ‒ where Harry met with William, Charles and the Queen to hash out a deal in January 2020.

And an insider explained that, prior to this point, Doria had been “really worried about Meghan” and was “relieved her daughter is putting her mental health and wellbeing first”.

Doria’s comments came after the Queen issued a rare public statement, confirming what the Royal Family had agreed.

She said: “My family and I are entirely supportive of Harry and Meghan’s desire to create a new life as a young family.

“Although we would have preferred them to remain full-time working members of the Royal Family, we respect and understand their wish to live a more independent life as a family while remaining a valued part of my family.

“Harry and Meghan have made clear that they do not want to be reliant on public funds in their new lives.” 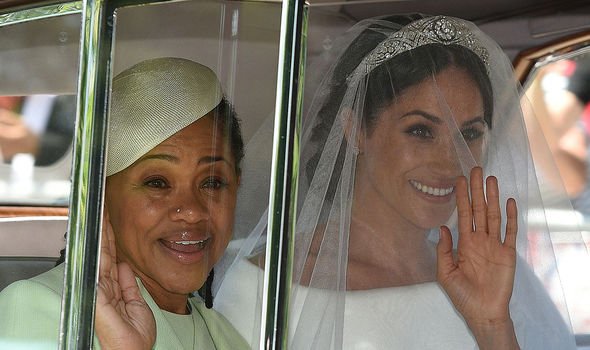 Doria’s position is unsurprising, given what Meghan had said about her struggles in public up to this point.

Before her mother’s comments emerged in The Sun, Meghan admitted she was struggling with the scrutiny of being a royal during ITV’s ‘Harry and Meghan: An African Journey’ documentary.

She told Tom Bradby: “It’s not enough to just survive something, right?

Meghan and Harry have repeatedly insisted that they wish to have a more private life, and that was the reason for their stepping down as senior royals at the end of March 2020.

They now live in Montecito, California. 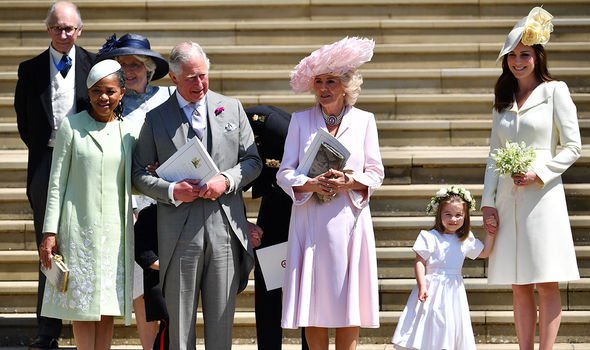 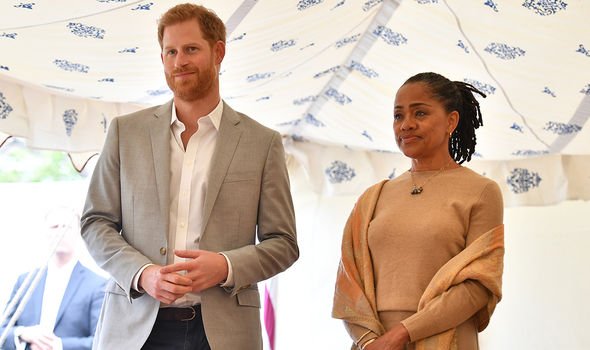 The struggles faced by the couple are nothing new, though, as Prince Edward lamented the exposure members of the Royal Family receive.

When asked about whether he would propose to his then-girlfriend Sophie Rhys-Jones in 1996, Edward said: “If you shut up, mind your own business, and let me do it when I want, it’s much more likely to happen.

“The more people second-guess, the less likely it is.

He went on to complain about the media, adding: “There is little escape for anyone in the public eye.

“And for the Royal Family, nothing at all.” 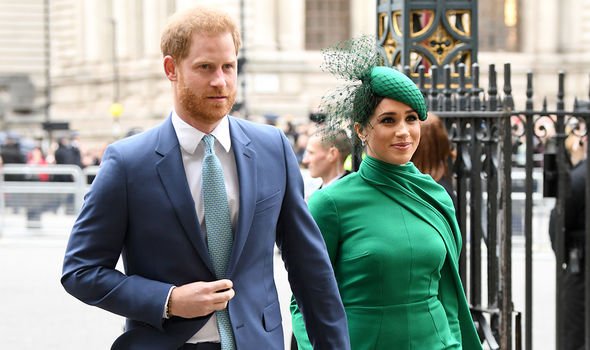 Royal experts agree on this, as Meghan and Harry are still known as the Duke and Duchess of Sussex so protocol has to be adhered to.

Indeed, the Duchess has been warned against going too far into the world of politics, despite the couple’s dramatic royal breakaway.

Royal commentator Howard Hodgson told Express.co.uk: “It is quite impossible for a member of the Royal Family to comment on political matters either here or in another country.

“Therefore, if she does start a political career or even make political comments, she will leave the Queen with no choice but to banish Harry and her from the family to an even greater extent than the Duke of Windsor was subjected to.

“If she really loved Harry in the same way that he apparently does her, then she should surely take this into account.