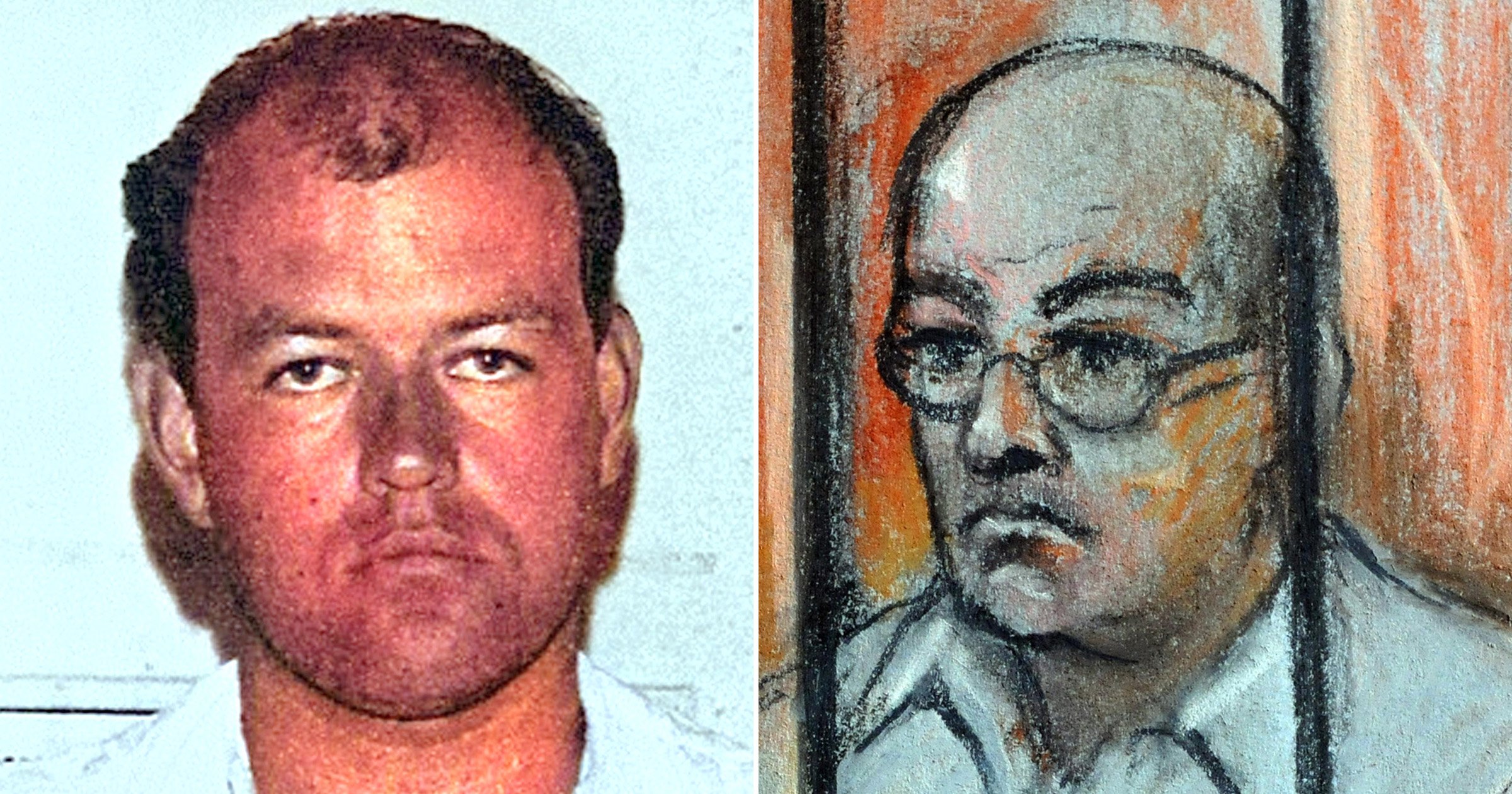 Colin Pitchfork, who raped and murdered two schoolgirls in the 1980s, has been released from prison.

Pitchfork, now in his early 60s, was jailed for life after raping and strangling 15-year-olds Lynda Mann and Dawn Ashworth in Leicestershire in 1983 and 1986.

He became the first man convicted of murder on the basis of DNA evidence in 1988 after admitting two murders, two rapes, two indecent assaults and conspiracy to pervert the course of justice.

The Parole Board faced a furious backlash over its decision to free Pitchfork – despite a government challenge.

A Ministry of Justice spokesman said: ‘Our heartfelt sympathies remain with the families of Lynda Mann and Dawn Ashworth following the independent Parole Board’s decision to release Colin Pitchfork.

‘Public safety is our top priority, which is why he is subject to some of the strictest licence conditions ever set and will remain under supervision for the rest of his life.

‘If he breaches these conditions, he faces an immediate return to prison.’

He was moved to an open prison three years ago and released on Wednesday.

It came after a Parole Board hearing in March which ruled he was ‘suitable for release’, despite this being denied in 2016 and 2018.

Justice Secretary Robert Buckland asked the board, which is independent of the Government, to re-examine the decision under the so-called reconsideration mechanism.

But in July it was announced that the application had been ‘refused’ and Pitchfork’s release would go ahead.

The mother of Dawn Ashworth, Barbra, previously called the decision to allow the release of her daughter’s killer ‘disappointing’.

Reacting to the news today, she said he should have been kept behind bars for life adding: ‘I don’t think he should be breathing the same air as us.’

She said the killer’s crimes lived with her every day, reducing her life to an ‘existence’.

She said: ‘I can never put it out of my mind.

‘I recoil every day with people talking about their daughters and grandchildren. As I say, it’s with you daily, what you’ve had taken and all that she could have achieved.

‘It’s an existence, it’s not a life. I’m not living a life, it’s just go from day to day.
‘Something like this goes to pull the rug from under you and you don’t realise how shattered your life can be when you’ve just had everything taken away.’

In making its decision, the Parole Board said it has ‘immense sympathy for the families of Dawn Ashworth and Lynda Mann and recognises the pain and anguish they have endured and continue to endure through the parole process’.

But they said in a statement: ‘However, Parole Board panels are bound by law to assess whether a prisoner is safe to release. It has no power to alter the original sentence set down by the courts. Legislation dictates that a panel’s decision must be solely focused on what risk a prisoner may pose on release and whether that risk can be managed in the community.

‘As made clear in the reconsideration decision, release was supported by all of the Secretary of State’s witnesses during Mr Pitchfork’s review.’

Pitchfork is now subject to more than 40 licence conditions, which the Ministry of Justice (MoJ) described as some of the strictest ‘ever set’.

Typically there are seven standard conditions for offenders leaving prison but Pitchfork will have to meet a further 36 requirements.

Pitchfork will be placed on the sex offenders register and have to live at a designated address, be supervised by probation, wear an electronic tag, take part in polygraph – lie detector – tests, and have to disclose what vehicles he uses and who he speaks to, while also facing particular limits on contact with children.

He will be subject to a curfew, have restrictions on using technology, and face limitations on where he can go.