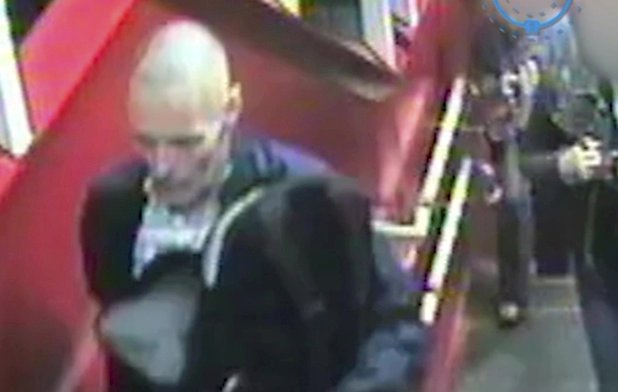 New CCTV images of a man wanted in connection with two murders in London have been issued by police.

Lee Peacock, 49, was seen at North Wembley station on the evening of August 19.

The same evening, at 9.30pm, police were called to an address in Ashbridge Street, Westminster, where Sharon Pickles, 45, was found dead.

At 2.15am on Friday, Clinton Ashmore, 59, was found dead at an address in nearby Jerome Crescent.

Both died from a stab wound to the neck and the two incidents have been linked. It’s believed Peacock knew both victims.

Officers have issued an urgent appeal for information about Peacock, who they want to speak to about the murders.

He said: ‘This is a shocking crime and we will not rest until we bring the person or persons responsible to justice.

‘Key to that is finding Lee Peacock. We believe he knew both victims and urgently need to locate him to talk to him about their murders.

‘We have a team of detectives working around the clock to find him, but so far they have been unable to locate him.

‘I would urge anybody who knows his whereabouts to contact police immediately by calling 999.

‘If seen, we would urge the public not to approach him, but to contact police as soon as possible.’