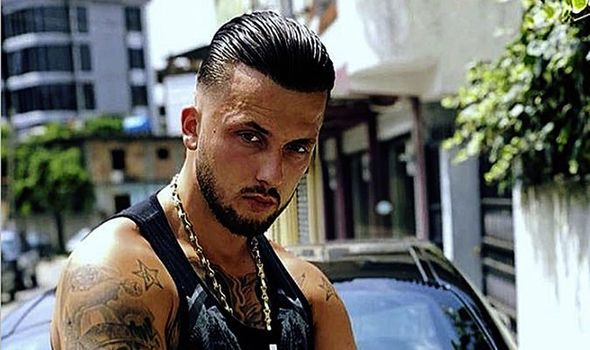 Armed with a gun and machetes, the thugs smashed into a house in north London that had been converted into a sophisticated drugs warehouse by Romanian criminals.

Azen Dajci, 26, who drives a gold Mercedes with the number plate HEII BOZ, took part in the raid along with others including Fabion Kuci, 27, and Ardi Sheta, 18. But a special constable who lived close to the address alerted the police.

Officers arrived to tackle the gang, but when Tasered, Dajci, who has filmed himself doing push-ups from his cell, simply pulled out the wires and attempted to flee.

The men were then arrested, although others managed to escape after ramming chasing police cars.

In November last year the Sunday Express published images of the Hellbanianz gang posing with cash, cars, weapons and cannabis.

The gang, which originates from Barking, has been taking over the lucrative cannabis trade, and has links to Colombian cocaine cartels.

On November 26 last year the gang drove in three cars to an address in Hendon. Harrow Crown Court heard the property had been rented in the name of a Romanian who could not be traced.

A Peugeot, Mercedes and BMW were caught on CCTV passing the address a number of times before the gang entered at 4am. 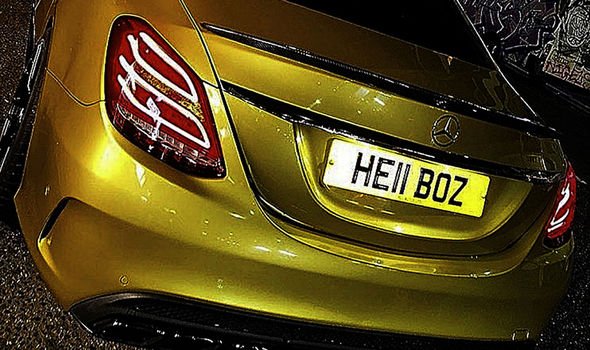 Christopher Hewertson, prosecuting, said: “This crime group gained intelligence that this was a factory with a harvested crop worth thousands. They smashed their way in through the back door and cut the cannabis crop into black bin bags.”

But they were forced to run, leaving a machete and two bags of cannabis. Kuci and Dajci were held. Dajci was able to flee, stashing the gun and ammunition under a parked car.

Mr Hewertson said: “The gun was a Slovakian G9 blank firing pistol that had been converted to lethally discharge. It was real ammunition.”

The BMW rammed police cars and fled on the A41. Detective Constable Mike Haughey said: “It went on the wrong side of the carriageway It was too dangerous to follow.”