Downton Abbey is returning for a second film this Christmas, it has been announced.

It began production last week and is set to be released in cinemas on 22 December, producers said.

It will be written by Downton creator Julian Fellowes and directed by My Week With Marilyn’s Simon Curtis.

Announcing the film, producer and Carnival Films executive chairman Gareth Neame said: “After a very challenging year with so many of us separated from family and friends, it is a huge comfort to think that better times are ahead and that next Christmas we will be reunited with the much-beloved characters of Downton Abbey.”

Hugh Bonneville joined in on Twitter by posting a picture of himself wearing a face mask and holding up a picture of the cast with the caption: “Good to be back.”

Bonneville, who plays the Earl of Grantham in the show, previously said that the COVID-19 pandemic had prevented cast and crew planning a sequel. 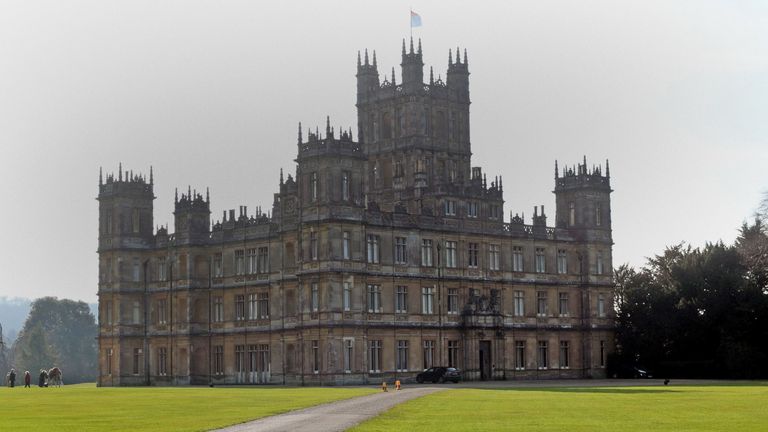 He told The Graham Norton Show: “We’d love to do it and there is a great intent, but a little thing called coronavirus keeps getting in the way.

“There is a script, but not all the ducks are in a row yet – they are certainly not in the pond.”

The first Downton movie was released in 2019 to mediocre reviews.

It followed the hugely popular TV series, filmed at Highclere Castle in Berkshire, that told the story of the aristocratic Crawley family and the downstairs servants at their Yorkshire country estate.