At least 15 people have died, with dozens still missing.

Expert divers are being deployed to the area today as the search continues.

Local resident Martha Stathaki said: ‘We could see the boat smashing against the rocks and people climbing up those rocks to try and save themselves. It was an unbelievable sight.

‘All the residents here went down to the harbour to try and help.’

The Greek coast guard said 15 bodies had been recovered near the eastern island of Lesbos after a dinghy carrying about 40 people sank.

Five were rescued, three of which had been located on a rocky outcrop near the site of the sinking. 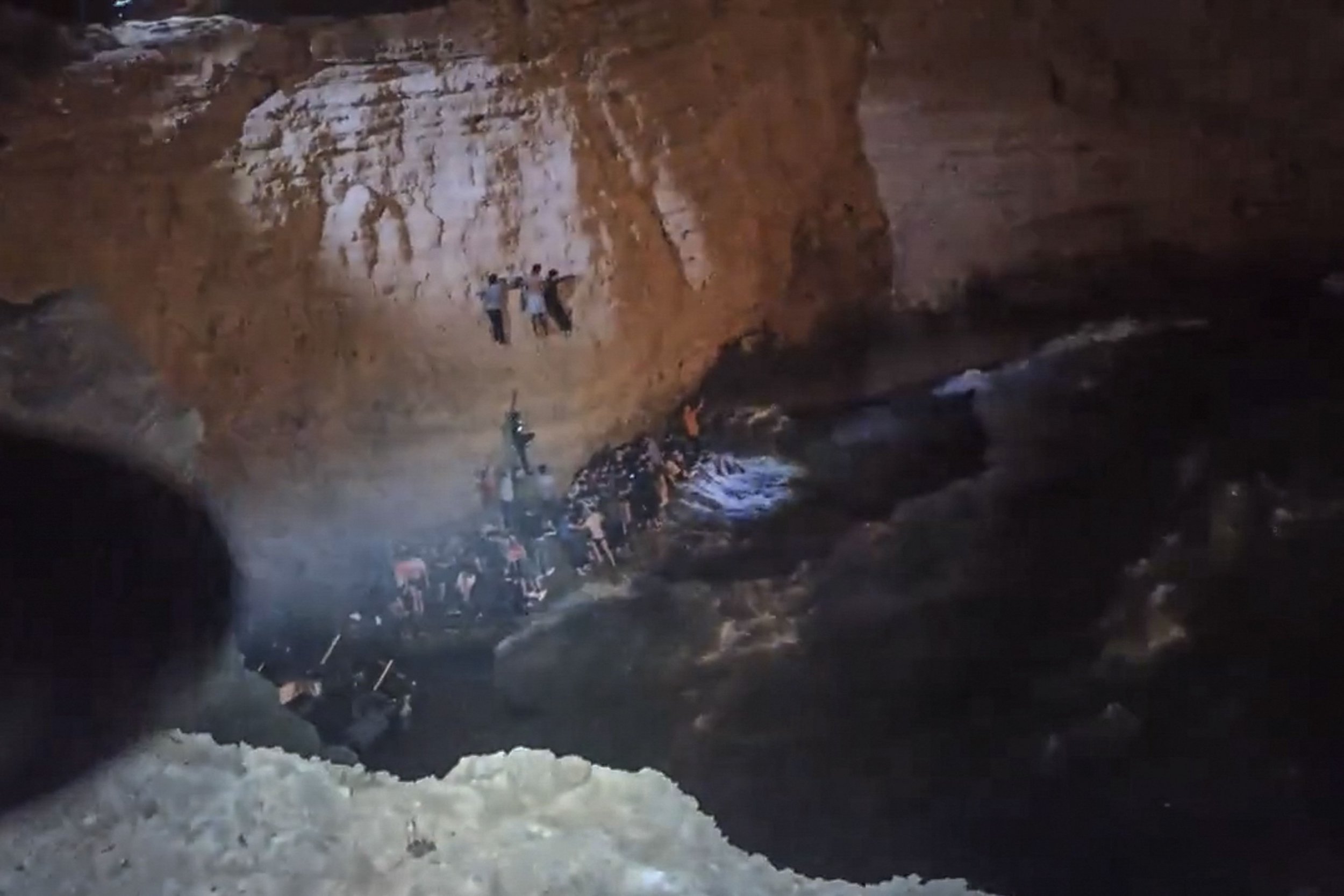 Winds in the area had reached 45mph last night.

A second rescue effort was also launched several hundred miles to the west, near the island of Kythira, where a boat carrying about 100 people sank late on Wednesday.

Officials said 30 had been rescued after the vessel hit rocks off the village port of Diakofti, on the east of the island.

Local officials said a school in the area would be opened to provide shelter for the rescued.

Most of those reaching Greece travel from neighbouring Turkey, but smugglers have changed routes in recent months in an effort to avoid heavily patrolled waters around Greek islands near the Turkish coastline.

Kythira is some 250 miles west of Turkey and on a route often used by smugglers to bypass Greece and head directly to Italy.

The deaths occurred amid a heated spat between Greece and Turkey over the safety of migrants at sea.

Athens has accused its neighbour of failing to stop smuggler activity.

Greek migration minister Notis Mitarachi wrote in a tweet Thursday: ‘Urgent call to Turkey to take immediate action to prevent all irregular departures due to harsh weather conditions. Already today many lives lost in the Aegean, people are drowning in unseaworthy vessels. EU must act.’

Turkey denies the allegations and has in response publicly accused Greece of carrying out reckless summary deportations, known as pushbacks.