Mark Drakeford says there is 'legitimate debate' on monarchy

Although the Welsh politician claimed that in his view the week of the Queen’s funeral was not the time for the debate to be had. But Mr Drakeford claimed it was best to have the debate a week after the funeral as this week was about saying farewell to somebody who has been a part of most of the British public’s lives for a long time. The Welsh politician went on to discuss the royal titles Prince and Princess of Wales, and whether Kate and William should learn to speak Welsh or not. There has been some pushback from those who do not support the institution of the Monarchy, and more calls have been made this week for a debate on whether we should still have a Royal Family and all of the pomp and ceremony that comes along with it.

Mr Drakeford told ITV’s Good Morning Britain: “Well there is a legitimate debate here in Wales around that whole issue.

“My own view is that this is not the week for that debate to surface, this is a week when we are saying farewell to somebody who has been part of our lives for as long as most of us can ever remember.

“And for me, that is the issue that we should be focussing on today, there is a debate, it’s a legitimate debate and there will be time to have it after this week is over.”

Ms Garraway added: “The new Prince of Wales is somebody that has lived in Wales haven’t they, there’s a couple the Prince and Princess of Wales, would you like him to move back there?

JUST IN: Kate, Princess of Wales and Prince William have hundreds greet them at Sandringham visit 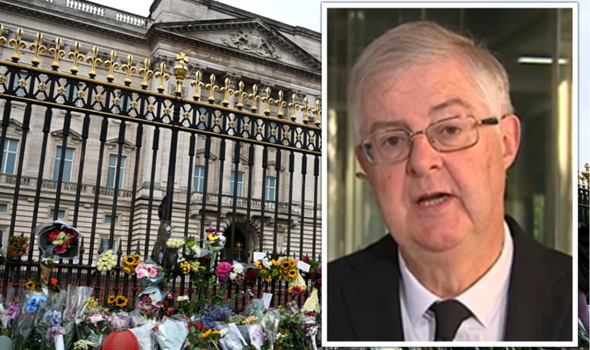 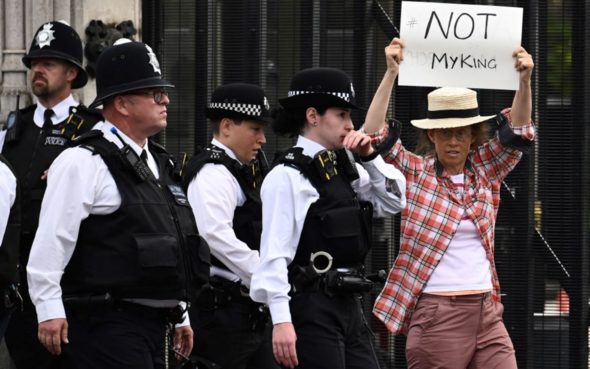 “And be based there, do you know if he’s learned that language and would that be something that you would welcome… And others?”

Mr Drakeford said: “Well the language is a very important part of our life here in Wales, it’s spoken every day by thousands and thousands of people… Nobody will expect miracles.

“Nobody will expect somebody to become instantly fluent in a new language, but I’m quite sure that the new Prince of Wales will both understand the importance of the Welsh language and will want to make sure that his relationship with it is a respectful one and one that grasps that sense of significance.”

READMORE:Russia Army growing ‘fragile and unconfident’ as Ukraine storms ahead to reclaim territory

Sadiq Khan says to anti-royalist protesting 'Is this the best way?'

This week protestors have been slammed for voicing their opinions on the Monarchy, some decided to protest outside of Parliament for the abolition of the Royal Family.

The British police came under fire this week for stopping the peaceful protests and asking those involved to move on.

Freedom of speech has been sighted when those who are pro the Royal Family try to stop peaceful protests from happening.

DON’T MISS: Oprah ‘inserting herself in headlines’ with calls for Meghan and Harry’s royal peace[INSIGHT] 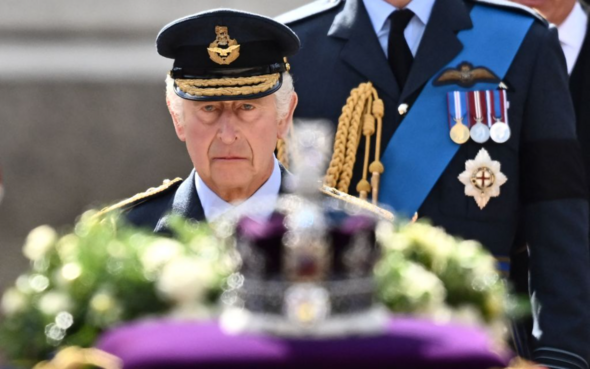 “In fact, I would bet a lot of money that the new King is equally alarmed and upset by the fact that protestors are being arrested.”

When discussing King Charles He added: “I think he’d want his reign to start with a discussion.

“How a constitutional monarchy fits into this democracy.”