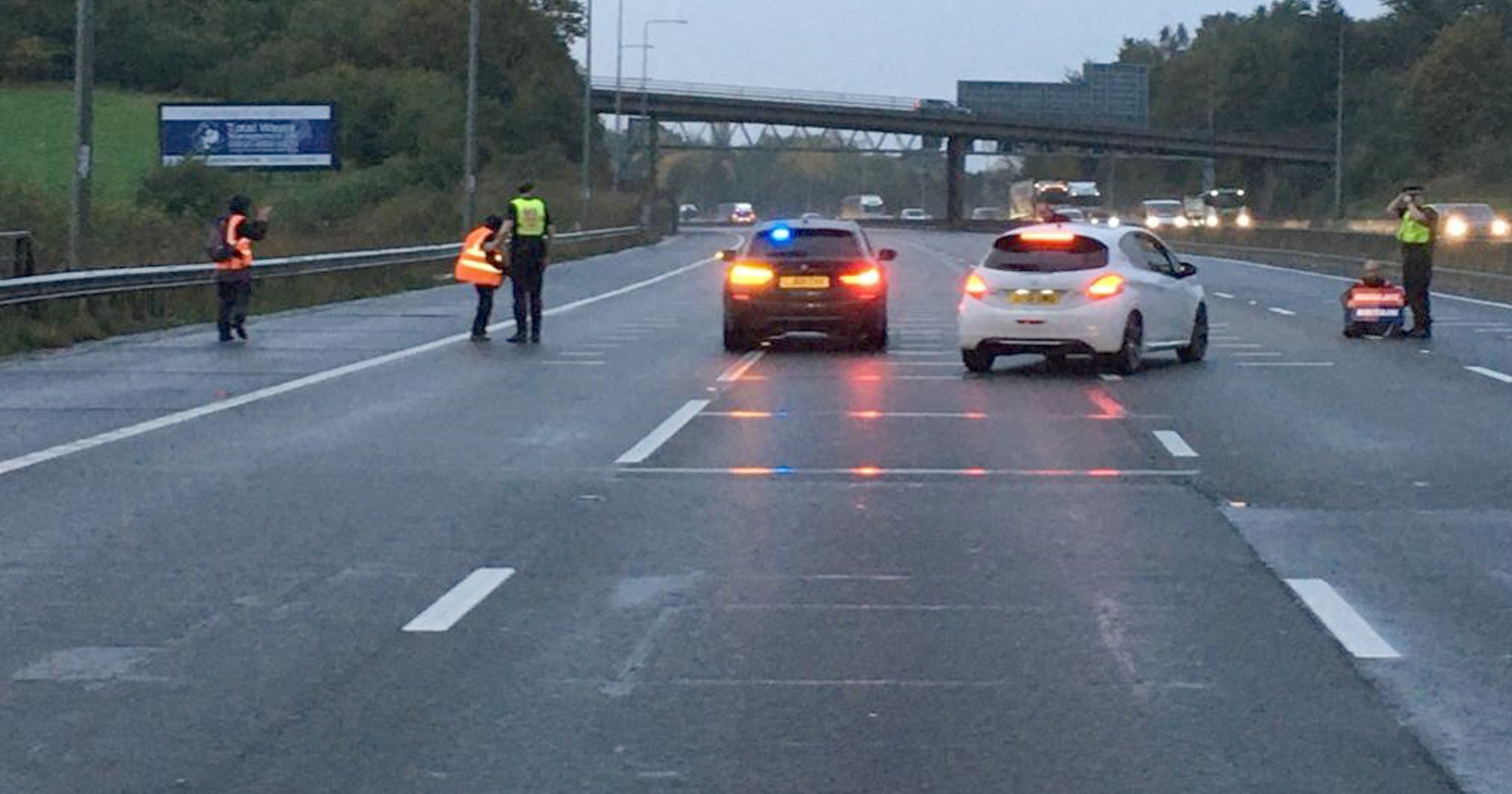 Insulate Britain activists lied down in the carriageway as they returned to the M25 this morning.

The climate campaginers have since been pushed to the hard shoulder near Brentwood in Essex by police.

In its 16th protest in recent weeks the group claimed it caused ‘major disruption’ when 14 members ‘walked on the white lines between the lanes of oncoming traffic’.

Essex Police said: ‘We are on scene of disruption on the M25. We received a call at 8am that a number of people were blocking the road between Junction 28 and 29.

‘Officers are already on scene and the southbound track has been reopened. We’ll bring you more information when we have it.’

Insulate Britain – an offshoot of Extinction Rebellion – held four weeks of controversial rush hour blockades of key roads in and out of London in a bid to drive publicity for its aims.

It wants the prime minister to commit to retrofitting 29 million homes by 2030 to tackle climate change and fuel poverty simultaneously.

The group says this is the ‘best first step to cutting our carbon emissions, will avoid 8,500 fuel poverty deaths and help struggling families pay their energy bills this winter’.