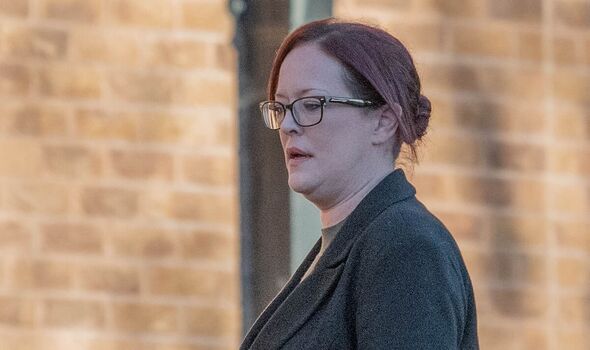 A drink-drive mum killed her partner when she drove over his head after he fell in front of her car outside his home.

Lucy Quirke, 38, had been drinking all evening and did not realise what she had done to John Wright who suffered catastrophic head injuries. The tragedy happened one day before Mr Wright’s 28th birthday.

When the defendant saw her partner lying lifeless on the road, she screamed “help, help, he’s dead, he’s dead, I don’t know what to do.”

Mr Wright, one of six children, suffered a fractured skull, fractured ribs and a lacerated liver and was declared dead in hospital on October 25 last year.

Judge Shaun Smith KC jailed Quirke for 15 months at Derby Crown Court yesterday after she pleaded guilty to causing death by careless driving while over the drink-drive limit.

She has no previous convictions of any kind, reports Derbyshire Live.

The judge said: “Your negligence behind the wheel led to the loss of life of the man you loved. Sadly, on October 25, 2021, John Wright got into the passenger side of your car and you got into the driver’s seat, both of you had been drinking.

“It was you who chose to do so (drive) and somehow Mr Wright ended up in the carriageway and no one will ever really know how. You were not paying attention and you did not see him.

“Tragically you ran over him and you had no idea at that stage what you had done, you thought you had run over a traffic cone. You worked for many years in the care industry making people feel at ease in their darkest hours. People who work with you speak of your downward spiral since the day of the incident.

“In your letter (to Mr Wright’s family) you say you would swap places with John in a heartbeat and you will carry the guilt with you for the rest of your life.”

Quirke blew a roadside breath test of almost twice the legal limit and was described as “hysterical and crying” by paramedics and police who arrived at the scene in Chesterfield, Derbyshire.

She and Mr Wright were in the Moonrakers pub in the town, celebrating Mr Wright’s upcoming birthday. It was said in court Quirke had four pints, a shot of alcohol and a short drink over the course of the evening.

But at around 11pm, she got in her white Vauxhall Corsa in an attempt to drive herself and Mr Wright home.

Sarah Slater, prosecuting, said Quirke drove them both to Mr Wright’s home nearby, where she stopped her vehicle and it remained stationary at the side of the road until the victim can be seen to get out of the passenger side of the vehicle.

“She drove off without checking properly and during the manoeuvre has driven over the head of Mr Wright. A figure could be seen in the road after she drove off and she returned and got out of her vehicle, approached the figure in the road, pushed him with her foot and then bends over.

“There are a number of witnesses who hear her vehicle in the road and later hear her shouting: ‘help help’ and ‘he’s dead, he’s dead. I don’t know what to do’. They come out of their home addresses to help and when the defendant is heard talking to one neighbour called Gemma, who asks her what has happened, she replies ‘he threw himself in front of my car, Gemma’.”

The prosecutor said minutes later Quirke’s best friend received the first of three calls from the defendant, who was crying and who during one of them said: “I think I’ve killed him.”

She said the Corsa was removed from the scene, examined and found to be defect free. Mr Wright, who lived at the address with his mother, died as a result of a catastrophic brain injury.

Miss Slater said: “The defendant was interviewed on October 26 and said that she had intended to leave her vehicle at the public house, but this changed.

“She said the intention had been for her to drop John Wright off at home, go to see her son and then return as his house was empty and they had a slight disagreement though and she decided to leave the deceased and drive home.

“She said she did not see him walk around the front of the vehicle and that she felt she had driven over something but thought it was a traffic cone which had been thrown by the deceased.”

Mr Wright’s mother, Sue, bravely stood up in court and read her own victim impact statement to the court. In it she said: “To live a life without John is unbearable (and) this has left us, as a family, living in hell. My only hope is that John is in heaven and we can meet again.”

Sue said she still sleeps with her youngest son’s ashes next to her as she cannot bear to be without her son, who had worked for ACL Highway Services in Chesterfield.

In a second statement, made by the victim’s younger sister, Joanne, she said: “My life changed in one moment due to one person and I am surrounded by emptiness and heartache. I want him to give me a big brother hug and tell me everything will be okay but I know it can’t be because he’s not there.”

And in his statement, one of Mr Wright’s older brothers, Alan, said: “My last vision of my baby brother is of him lying in the road, dead. I can’t feel the John-shaped hole that’s been left in my life.”

James Horne, for Quirke, said his client has a 16-year-old son and has worked for years in the healthcare industry and entered her guilty plea at the earliest opportunity.