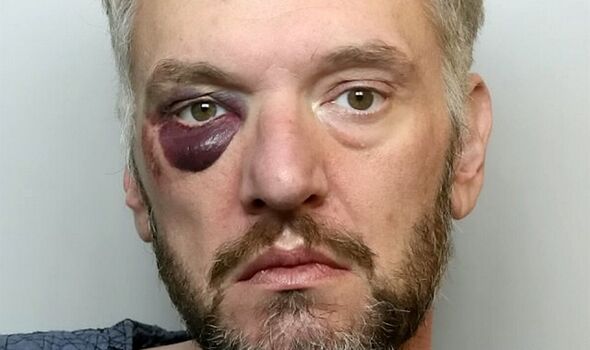 Driver Paul Barratt has admitted killing a random motorcyclist after following him and deliberately colliding with the rear of the vehicle. Ryan Brindley died shortly after the collision on Hindon Road, Dinton, Wiltshire on December 22 last year. Barratt has been driving around the village on roads of 30mph at speeds of up 80mph when he saw Ryan coming the other way and decided to turn and follow him.

Barrett continued to deliberately collide with the motorbike, carrying it along the road and causing Ryan to fall off.

Following the collision, Barrat, who was driving a Volkswagen Touran, was taken to hospital before being taken into police custody.

Detective Childe added: “When we were able to watch the dash cam footage from the car Barrett was driving, it was clear that he was driving around the Dinton area and then changed direction to follow Ryan when he spotted his motorcycle.

“We do not believe they were known to each other, or that there had been any previous interaction between the pair. It seems that Ryan was targeted entirely at random.

“I would like to pay tribute to Ryan’s family who have suffered such a sad loss, and thank them for the support they have shown during the police investigation.

“it is almost exactly a year to the day that Ryan was taken from them in the cruelest of circumstances and my thoughts remain with them at this extremely difficult time.”

Barret, of White Road in Mere appeared at Winchester Crown Court to plead guilty to manslaughter by reason of diminished responsibility.

The 42-year-old has been remanded in custody ahead of sentencing on a date yet to be fixed in January.